Gareth, who grew up without a father in a backwater farming community in South Wales and triumphed at the heart of the world of comedy in BBC TV has died at the age of 79.


What you possibly didn't know about Gareth, that he : 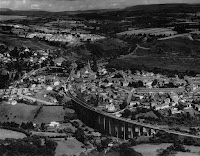 * was born Brecon, Powys two years before the outbreak of the Second World War in 1937, where his father, a teacher, died when he was 2 years old, and as a boy learned to think on his feet, having been brought up by his mother, also a teacher, on his grandparents' farm in Cefn Coed, a small community on the north western edge of Merthyr Tydfil County Borough in South Wales and also acquired his life long love of horses.

* when he was 11 in 1948, started school at the relatively new 'Vaynor and Penderyn Grammar and Secondary School' where the Head was Dr Gordon Williams and where his predecessor, the first Headmaster, Mr. Trevor Lovett, had gained a national reputation as an advocate of multilateral schools, a kind of precursor to comprehensive education and was instrumental in placing this school at the forefront of educational innovation in the 1930s and 1940s and against the backdrop of unemployment and economic depression that South Wales experienced during the 1930s. 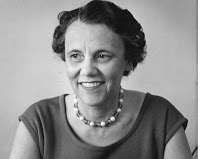 * grew up knowing that, in order to avoid working in the coal pit or factory, he needed to get himself a higher education degree and at the age of 20 in 1957, after two years of National Service in the RAF and active service in Cyprus during the EOKA rising against British rule, took himself off to a mansion in Lamorbey Park in Kent and the 'Rose Bruford Training College for Speech and Drama.'

* in the next three years clearly had his formative theatrical experience at the College, founded in 1950 as an alternative to London drama schools, took a dual course as actor and teacher since Bru's mission was to train actors who could teach and teachers who could act with a commitment to community and theatre in education 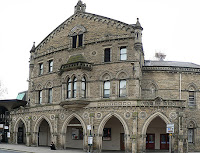 * having graduated in 1960, started his stage career at the Theatre Royal in York before transferring to the Derby Playhouse, where he shared digs with John Alderton and where he took up the role of Assistant Director and between 1962 and '64 in his mid twenties served his directional apprenticeship with work on 40 productions.

* in 1964, after answering an advert in 'The Stage', became Artistic Director at Altrincham Garrick Theatre and although his tenure at the Barrington Road playhouse was short, made a big impression on the actors who appeared in his productions and he himself said the theatre made an instantly positive impression on him and recalled : "When I first came to the Garrick I was amazed. Instead of having a small number of actors as you do in rep there was this huge pool of acting talent. The most exciting thing I did the Garrick’s first pantomime which I had directed at the Derby Playhouse. It did very well for the Garrick although we probably did break the budget building the sets and making the costumes.”

* between 1964 - 65, led a bohemian existence,dividing his time between working at the Royal Northern College of Music as Principle Lecturer in Drama and Opera, where he staged productions of Otello and Madam Butterfly and working
at the Garrick ,while home was a canal barge, moored near, what is now Timperley Station and recalled : “We sailed it all the way from Derby, along the Trent and the Mersey and then on the Bridgewater Canal.”

* moved from the Garrick because he “wanted another ten bob a week" and at the age of 28, got himself a job at BBC Television as an 'Assistant Floor Manager' and had a revelation when he spotted a queue of people outside Television Centre and discovering they were there to see a comedy production, realised he may just have stumbled upon his spiritual home and later conceded that : "As a director in the theatre I definitely found that the challenge presented by comedy was more fun, although more difficult than straight drama." In addition, he also "missed the audiences immensely. As a theatre director I was used to seeing how the audience reacted to the action in front of them. But once I was in the comedy department, I would wake up every morning thinking - surely I can't be getting away with this!"

* in 1967, was seconded to the Foreign Office from the BBC and left the country for a 2 year stint helping Pakistan's Central Television Company set up its own television service with news, documentaries and drama and where he read the news in English and interviewed Prime Minister Edward Heath when he stopped off in Islamabad, en route for the Commonwealth Prime Ministers' Conference in Hong Kong.

* on his return to the BBC in London, was rewarded with his appointment as 'Trainee Producer/Director' and four years later, at the age of 36 in 1973, had his directorial debut with 'Oh Father' starring Derek Nimmo as a sequel to his 'Oh Brother' and saw it run for 7 episodes and with limited success.

* the following year directed a couple of shows of 'Parkinson' and 'The Big Job' for 'Comedy Playhouse' starring Peter Jones and Prunella Scales and in 1975 an episode of 'Only on Sunday' written by Michael Frayn and starring Eleanor Bron, before he got his big break with 'The Rise and Fall of Reginald Perrin' which he produced over 13 episodes from 1976-77. https://www.youtube.com/watch?v=D4uSKBjySgk&t=16m25s 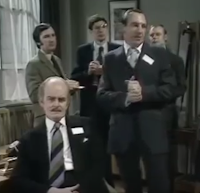 * recognised that it was his "first big break, working with the wonderful Leonard Rossiter. It was a success, and the rest of my career sort of fell in behind it” and took delight in finding the film clip of the waddling hippo used whenever Reggie thought of his mother-in-law and commissioned the rude-sounding music for whenever the celebrated clip was screened. https://www.youtube.com/watch?v=v2mLAajm7ZY

* with Leonard Rossiter notoriously difficult to work with, reflected : "Early on in my career I was allocated to work with Rossiter and that was a steep learning curve for me. As a result of surviving that I got offered good things to do. it's like a self-fulfilling prophesy. Sure, I must have an understanding of what it takes to make comedy work, but I also know lots of very talented directors who work very hard but have little success." 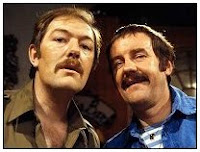 * went back to directing, in 1977, with six episodes of 'The Good Life' script writers John Esmond and Bob Larby's 'The Other One', starring Richard Briers and Michael Gambon and had his next hit as producer with 'To the Manor Born' 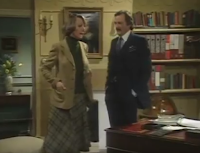 in 1980 : https://www.youtube.com/watch?v=q9qNH97hoaY&t=13m39s and saw the final episode in 1981, which featured the wedding of Audrey fforbes-Hamilton played by Penelope Keith and Richard De Vere, watched by a record breaking audience of 27 million viewers. 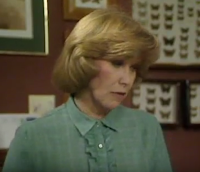 * had been given a third script to 'look after' in 1976, along with 'Perrin' and 'To the Manor Born' in the shape of Carla Lane's 'Butterflies' and remarked : "She was lovely. I worked with her on 'Butterflies', 'Solo', 'The Mistress' and 'Bread' although every script she brought into our production meetings was at least five or six minutes short of the time allocated. So she would hide herself in the corner of the room and come up with the extra five or six minutes in a morning, when it had taken her months to come up with the rest. And these extra minutes would generally be the funniest bits of the show. She was prodigiously talented." https://www.youtube.com/watch?v=GDdRzBj4FNE&t=0m05s

* between the age of 46 and 53 from 1983- 1990 was appointed BBC Television's 'Head of Comedy' and within a week had cancelled 'Are You Being Served' https://www.youtube.com/watch?v=Z05p0JLipYk and then over the years was responsible for commissioning  'Yes Prime Minister', 'Blackadder', ''Allo 'Allo' and 'One Foot In The Grave.'

* saw 'Only Fools and Horses', which had started two years before his tenure in 1981 and finished 13 years after it, become the show for which he was best most remembered and the Christmas trilogy in 1996, pick up more than 20 million viewers when they tuned in to watch Del Boy and Rodney finally became millionaires.

* was present on set when David Jason performed, for a live audience and for the first time, the famous stunt of calmly leaning back with his drink only to fall through an open bar hatch and said : “David timed it to perfection and it literally stopped the show!” https://www.youtube.com/watch?v=63rcdLeXiU8

* in 1984 coped with the sudden death of Lennard Pearce who played Grandad by replacing him with the recently retired bank manage, Buster Merryfield to play Grandad's Brother and old sea-dog, Uncle Albert. 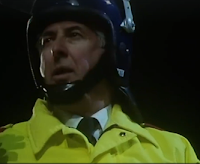 * in 1993 at the age of 56, appeared as a mounted police officer in the Only Fools and Horses Christmas Special, 'Fatal Extraction' and at the point when Del Boy driving Raquel and Damien in the Ford Capri Ghia back home when they found their way blocked by rioters, played by drama students, fighting with the police played by extras, shouted out : "Hold it, hold it. It's Del Boy" and saw the crowd part to let the car through with Del Boy pausing to tell the occasional rioter about something he had for them and then out of the way, sound his horn to signal the resumption of the riot.

* recalled that he stepped into the uncredited role because he was the only one present who could ride a horse : "We couldn't find an actor who could ride, so I did it" and "The students were bloody marvellous. They were being real but within the bounds of being safe and no one was even bruised" http://www.steveclark.co.uk/a-tribute-to-only-fools-and-horses-producer-gareth-gwenlan/

and maintained his interest in horses serving as President of the BBC Riding Club where he was a riding instructor.

* in 2001, at the age of 64, was appointed Head of BBC Wales Comedy and said : "This is the right challenge for me at the right time, I've decided to do it for selfish reasons. I feel I've done my penance working in London for 35 years and now I want to put something back into the country where I grew up and besides, Wales is well-represented in the worlds of opera, pop music, and acting, but there is no-one great in the world of comedy, and that's very odd. I think it's got something to do with a lack of self-confidence" and produced 6 series of the popular sitcom, 'High Hopes' set in the Welsh Valleys and in 2003 was captured as the white-haired presence on location outside of Treharris Library which was dressed up as the town hall. https://www.youtube.com/watch?v=G635j8sh4BA&t=1m37s

* once confessed  "I also have an ancient Welsh aunt who, if ever I do get above myself, will cut me off at the knee. Her opening remark to me when I told her about the BBC Wales job was - 'gosh - you're coming back to Wales to save us - God help us!'"

* on his passing received tribute from BBC Wales controller Rhodri Talfan Davies, who called him "quite simply one of Britain's finest comedy producers. He was a pioneer, a perfectionist. What finer legacy than to know you brought happiness to millions."
Posted by ...............................JohnBoy at 14:01