Britain is no longer a country for and says "Farewell" to actor, Tim Piggot-Smith and film director, Christopher Morahan who gave it 'Jewel in the Crown' and more, much more 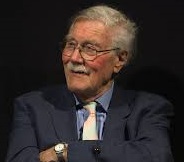 On the 7th April this week Britain, lost Tim at the age of 70 and BBC's lauded 'Jewel in the Crown.'
Christopher at the age of 87. Their paths crossed professionally in 19843when Tim, still a young actor of 33 and with what was to be a brilliant stage and film career still in front of him, played Captain Merrick and Christopher, by then, seasoned middle aged director of 54, played Lead Director in the

Tim was 10 years old when Christopher directed the first of almost sixty episodes of 'Emergency Ward 10', broadcast live in the late 1950s and in his mid teens when he turned his hand to 'Z-Cars'. Over the next 20 years he was involved in over 60 productions on stage and screen, before asking to direct 'Jewel in the Crown.' Tim, meanwhile, had made his first tv appearance at the age of 24 as Captain Harker in 'Doctor Who : The Claws of Axos' in 1971 and then appeared on stage and screen, in over 20 productions over the next ten years and as Tim Dent in 'Glittering Prizes' and Arthur Llewelyn Davies in 'The Lost Boys.' 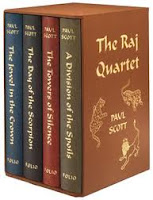 Christopher had been familiar with the 'Raj Quartet' novels of Paul Scott because, as he recalled he had by chance : "been given the books at Christmas time. And my new in-laws were ex-India, Anna’s father had been a colonel, no he’d risen to the rank of colonel, but he’d been a captain in the lancers, in the Indian Army and I looked at the family photos and I found a vanished world" and "found them fascinating too because they had an alternative view to the received Empire view of our rule in India." 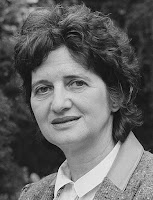 He found that, in relation to the proposed series based on the novels : "Ken Taylor had been asked to do six scripts, for Granada and somebody else had been asked to do the other six. I wrote to the producer, Irene Shubik, and said that I’d like to be the lead director. And she said "yes"". He later said that, when he went to see Les Foreman at Granada, he didn't blanch at the prospective £6.5 million budget and said : "Well, we've got to get some money."

He set to work and "did some spadework just finding out about what it was like in India. When they made 'Staying On' Silvio Narizzano had made that in India with Trevor Howard. And I did a report for them, Granada TV and the long and the short of it was they asked me to produce."

Starting in 1980, Christopher devoted the next three and a half years to the production. This involved three trips to India and commuting between Manchester, Delhi, Bombay, London and Simla. He explored dozens of locations and conducted hundreds of interviews. In 2016 he told Michael Billington : "I spent about four months, five months in India planning it, looking at locations, because we also had to make sure that we were going to be, because of the rains, the hot weather, we had to make sure were were going to a place where we knew we could film. Some of it was shot in Wales and quite a lot of the buildings were shot around Manchester, but nevertheless, it was extremely satisfactory, very exciting and I found working in India very exciting."
https://www.youtube.com/watch?v=sNkC0wJI2lM&t=44m12s 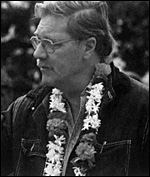 In the event he directed 7 of the 14 episodes himself and demonstrated his talent to be equally suited to either command an army corps in action or to direct his actors in the most intimate scenes. He recalled : "Because we had two directors, in a way, we were able, not rest, as you might say, but nevertheless, it meant that we had time to think for ourselves."
https://www.youtube.com/watch?v=sNkC0wJI2lM&t=43m12s

Christopher had a formidable task in front of him and problems arose even before this first day of filming. Granada had allowed three weeks to ship over all the equipment, scenery, first aid items, lights and costumes, but problems with customs in Delhi arose when some paperwork was found to have not been filled out correctly and nine empty lorries were forced to simply sit and wait for days on end followed by four months spent shooting in India.

Return to Britain was followed by another twelve months of production before disaster struck when a fire destroyed the Botony Warehouse at the rear of Granada's studios that contained costumes, sets and props. Other delays were caused by matching up scenes shot in India with scenes shot at home, such as the scene where a character orders a cup of tea on the veranda of a house in Simla and has it served in the studio in Manchester.

Tim's role in the production was to play the complex police officer, Ronald Merrick who was using his post in India as a means to climb out of his humble middle-class origins back home who takes exception to Hari Kumar, played by Art Malik, a young Indian who had been taken to England at the age of two by his ambitious Indian father who wanted to make sure that his son would grow up to be an English gentleman, who was then shipped back to Mayapore, where he found himself an outsider, snubbed by the British rulers and despised by Indians for being too British.
https://www.youtube.com/watch?v=kOrEbznxLRA&t=0m49s

Hari became involved with a British woman, Daphne Manners played by Susan Wooldridge, the niece of a military family with a respected name in India, who has the misfortune to catch the amorous attentions of Tim's sadistic police superintendent, Ronald Merrick.
https://www.videodetective.com/tv/the-jewel-in-the-crown-one-of-those-things/991522 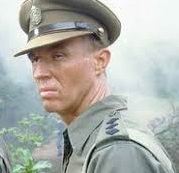 Tim recalled his preparation of the role of Merrick : "We had a remarkable woman working with all of us when we rehearsed before we flew to India, a woman called Elizabeth Percy, who worked on us with 'class distinction.'  She said : "I think that people who have a very hard time in life and find it very difficult to assert themselves, have jaws that are very slightly thrust out. So can we see what happens when you do this with your face." I began to push my jaw out and it grew on my face that there was something like a bad smell and I thought, not only is this the character but it's absolutely the crux of the book. The journey that Merrick travels is to learn that those attitudes of superiority to another race and those attitudes of contempt of which Scott, the author found the British guilty, not right, and eventually Merrick is murdered because of these attitudes. That moment, when we found that thing, seemed to me to be quite astounding, becuase she had put her finger on the nub of the four books."
http://www.dailymotion.com/video/x324m55&t=00m06s

The series won five BAFTAS out of 10 nominations including 'Best Actor' for Tim and 'Best Actress' for Peggy Ashcroft. It also won 'Best Mini Series' at the Golden Globes and 'Best Limited Drama' at the Emmys. It stands today as an example of what could be achieved on television - but hasn't been since.

The then, 31 year old Susan Wooldridge paid tribute to Christopher at the BFI in 2016 when she said : "All I want to say is, thirty years on is thankyou for the greatest present of Daphne Manners. I couldn't have done it without you.You let me fly and kept me grounded and it was the most extraordinary career experience and you have been the gold standard by which I've judged directors since and found all of them wanting."

She was followed by Art Malik, then also 31 who said of Christopher : "He's an extraordinary man. Anyone who's had the privilege to work with him knows that. What is extraordinary about him is that he doesn't say a lot. When I first met him to play this part, which I have to admit was around the time when people were still 'blacking up' and he was insistent that Hari would be played by somebody who was from the Subcontinent and that to me was wonderful. I was straight out of drama college, three of four years and I remember going to see him for the first time and he said : "Well, what have you been doing ?" and I said : "I've just done a play at the Young Vic. He said : "Yes, I saw that." Silence. I said : "It was a very difficult play." He said : "No, it wasn't at all." Silence. "Would you like to read something ?" "Of course." "I think you might have to come back." That was my first audition and you've given me my career. Thank you Sir. Thank you."
https://www.youtube.com/watch?v=sNkC0wJI2lM&t=53m40s 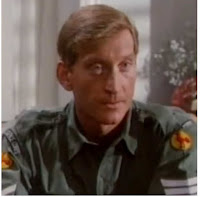 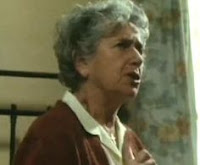 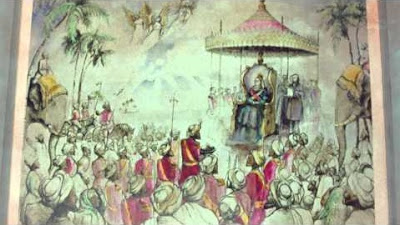