Britain, on the eve of Brexit and in decline, is no country for an old novelist called Martin Amis

When great countries decline, the process is never gentle, but is marked by seismic shifts, as when the Romans pulled their legions out of Britain to defend the imperial capital in 410 AD. 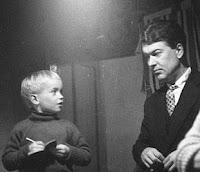 Martin Amis, the novelist, is 68 years old. He was a year old when his father, the then 28 year old Kingsley, wrote 'Lucky Jim' in 1950. Four years later it was published and two years after, in 1956, that John Osborne's play, 'Look Back in Anger' premiered at the Royal Court. It was against the background of Britain's failed mission in the Suez Crisis and the Hungarian Uprising that the term, 'Angry Young Men' was coined to describe the new generation of politically disillusioned writers. Much to his chagrin Kingsley was also factored in as an Angry Young Man. Be that as it may, when Martin was seven, Britain experienced with Suez, a seismic shift in its position in the world which would prove to be a landmark in its decline as a great power.

Now, 60 years later, with Brexit upon Britain, Martin reflects on the next major shift in Britain's position in the world which heralds an acceleration in its decline. This week, on the Radio 4 'Today Programme' he said about Brexit :

"I'm as depressed as my friend Ian McKewan about it. I think a self-inflicted wound and I don't like the kind of nostalgic utopia that was being booted about, that it will return to just the sort of England that I don't like, which is the country town-rustic-beer drinking- family butcher England."

"To step away from what was a sort of political coalition and go it alone seems like a denial of decline which is the first thing to accept and England has always accepted that, I think, with great maturity, partly because it feels guilty about empire and wishes it had never had one, rather than regretting the loss of it. To then flip back into thinking you're a weight on the world's stage is. I think. stretching it."

Britain should accept decline "because it's historically inevitable. It's finding how to accommodate yourself to it, which I said, England's always been impressive on that question. What worries me is how America will respond to it, because it's coming and Americans are more prone to illusion than Britain."
http://www.bbc.co.uk/programmes/p05gt062 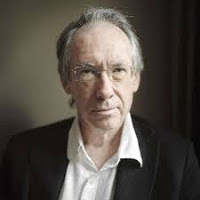 Britain, a country where the "air is very foul", is no longer one for an old novelist called Ian McEwan

Labels: No country for Martin Amis