Britain is a country and no country for more and more old men with dementia, banged up in prison, who know not why they are there

The Mental Health Foundation has estimated the number of dementia sufferers at approximately 5% of those prisoners, most of them men, over 55 years of age. As dementia afflicts an ever-growing number of the population at large, the number of inmates with the disease is expected to reach 700 by 2020.

It is difficult to see how prison is an appropriate place to hold old men and more rarely, women, with dementia. They are prone to anxiety and confusion and their symptoms are particularly harsh in a setting where they are required to :
* snap to attention
* compete for resources
* stick to a routine

There can be little justification for keeping old men in prison in an expensive, overcrowded, high-security prison, who barely know where they are and are incapable of fulfilling the requirements for release. 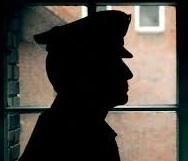 What about the officers ?
Caring for inmates with dementia can be distressing for them as well as fellow prisoners. One officer called 'Smith' has said that he had such a prisoner on his wing. Overnight, every night, 'Jim' would forget that he was guilty of any crime and wake, expecting to be in his own bed, at home and every morning, Officer Smith had to allocate extra time to gently break the news to him, yet again, that he was in prison. Why. And for how long.

He said that it was deeply upsetting, not just for Jim, but for him, too : “Of course this prisoner should be punished for his crime, but his condition meant his punishment was many times worse than a prisoner without dementia. I ended up feeling that he was going through something closer to torture than to civilised punishment. It didn’t seem humane and it didn’t seem fair.”

If someone with dementia doesn’t know they are being punished, keeping them in prison seems pointless. Nick Hardwick is the Chair of the Parole Board for England and Wales and before this, between 2010 and 2016, he was the Chief Inspector of Prisons. During one inspection, he met an elderly sex offender, 'Brad', with dementia who, like Jim, wasn't clear that he was in prison and had been allocated another prisoner as a 'carer.'

He said of Brad, “He was one of few groups of older prisoners for whom you can say that being in prison is better than being on the outside. He had his basic needs met and had some companionship. Outside, he’d be on his own, deserted by family, and not receiving day-to-day help. But he didn’t really know he was in prison, so whether that’s an appropriate use of prison places, I don’t know.”

What has been Britain's response to this growing problem of more and more old men banged up in prison and suffering from dementia ? :