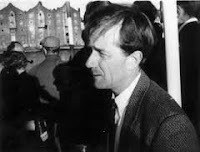 Old men in Britain, regardless of their school and social class would have all learned the rules of English grammar, thanks to the books of Ronald Ridout who died at the age of 78 in 1994 and whose 500 books sold 91 million copies world wide. In the late 1950's and the early 1960's his textbooks were on school desks across the length and breadth of Britain and many an English lesson began with the teacher instructing the class with : "Take out your Ridouts."

Born in 1916 Ronald always considered himself a socialist and at the beginning of his teaching career, had to move from job to job as headteachers objected to him discussing Marxism in the classroom. Educated at a grammar school in Surrey, he gained an Oxford degree, entered teaching and became 'Head of English' at a Portsmouth secondary school.

Initially he produced his own worksheets, which he submitted to the publisher 'Ginn,' whose editor wrote back saying : 'Mr Ridout, we think that this is the book we have been waiting 25 years for.' Which Ronald, no doubt, would have corrected to : 'for what we have been waiting.' As a result he had his books turned into the 5-part 'English Today' and the course which directed English teaching in secondary schools for 20 years.

Apparently, when his books began to sell overseas, he set off to learn about Africa and walked across Nigeria and Sierra Leone in baggy shorts and sandals, carrying a huge basket of his books. He realised how inappropriate some parts of his books seemed and produced new ones without references to 'snowball fights' and 'skating.' A dapper, bronzed man who could be puritanical, he was described as 'neither proud, nor arrogant.'

Most old men in meritocratic Britain would find it laudable that 37 year old Angela Rayner, who left school without qualifications as a pregnant teenager, became the Member of Parliament Ashton-under-Lyne in 2015. They would also find dispiriting the fact that, as the Shadow Secretary of State for Education, who aspires to hold Government office where she would be responsible for upholding standards of literacy within the education system has, herself, a tenuous grip on the rules of English grammar.

Interviewed by Mishal Hussein on the BBC Radio 4 'Today Programme' yesterday and questioned about the Bombardier Aerospace Company, threatened by President Trump with punitive import tariffs she said :

Ronald, if he was still with us, would have suggested :

"The Bombardier situation is quite a crucial one because these are UK jobs upon which we depend
(thus following the rule that sentences do not end on a proposition)
-  thousands and actually the Government was involved in that contract process and was robust
(it is permissible to treat 'Government' as either a plural or singular noun, in this case it strengthens her argument if she treats at a singular)
and I think that we have to defend the fact that that contract was awarded and we followed the rules"......" That contract, in particular, which we were talking about,
(self obviously 'were' instead of 'was')
the fact is that we followed the rules, we won that contract fair and square and the Government must ensure that we protect. You can't turn round and say you don't like it now. The fact is that, they were the rules
(the plural 'rules' demands 'were' and not the singular 'was')
and we followed the contract in terms of that and the Government needs to be robust in their defence of that."

One might argue that the standard of Angela's grammar as Shadow Secretary of State for Education who will become Secretary of State, if the Labour Party win the next general election, really doesn't matter. Just as it doesn't seem to matter that school teachers no longer need a good command of English grammar. I am reminded of a young trainee secondary school teacher whose lesson I was observing asked the class : "What was them books we was using last week ?"

Old men also jibe the change in pronunciation of the young in London and the South East, known as 'Estuary English' over their 'Received Pronounciation' which grates on their ears which includes the use of :

* the glottal stop and not pronouncing the letter 't' in most words, so that 'water' is pronounced 'war'er.'

* th-fronting and prouncing words, which start with a 'th', with an 'f,' so that 'three' becomes 'free,' 'think' becomes 'fink' and 'north' becomes 'norf'. At the same time, if 'th' is in the middle of a word, it is usually replaced with a 'v,' so for example, 'other' becomes 'ovver' and 'southern' becomes 'sovvern.'

* l-vocalisation, which is not pronouncing the letter 'l' in certain words and using a 'w' sound instead, for example, 'fall' becomes 'faw' and 'milk' becomes 'miwk'

* h-dropping : not pronouncing the letter 'h' at the start of most words, so that 'here' becomes 'ere' and 'hate' becomes 'ate'

Phonological change in pronunciation might initially take place only in one particular geographic location and remain local, so Estuary English may be confined to the South East or, it may over time, spread nationally and thus affect all varieties of English. 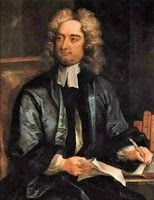 Of course, Britain, being such an old country and English an even older  language, we have been here before. During the eighteenth century, Jonathan Swift and many other influential figures, felt the English language was in a state of serious decline and that a national institution, such as existed in France and Italy, should be created to establish rules and prevent further decay. Old men in Britain today may deride new words and expressions, innovative pronunciations and changes in grammar which they consider to be inferior. Ultimately, however, they should fear not. English, because of its adaptability and durability, will survive.


'What we must do is to steer between these two extremes and develop a way of speaking that most effectively expresses what we want to say. We want a speech that will do its job well. Everything that does its job well has a beauty of its own. Hence we talk of a beautiful runner, a beautiful dancer, a beautiful engine. They all have functional beauty, the beauty of functioning perfectly, the beauty of being perfectly suited to the job they have to do. So with speech: we want an instrument that is beautiful, not because it puts on decorative airs, but because it does its work beautifully, perfectly.'

Labels: Farewell to the rules of English grammar