Is Britain no longer a country for an old Theatre Director called Max Stafford-Clark, ousted by inappropriate behaviour ? 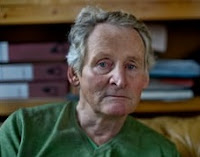 Max Stafford-Clark, 76, has been a leading figure in theatre since the mid-1970s. He was the artistic director of the Royal Court from 1979 until 1993, when he set up the theatre company 'Out of Joint', where, abruptly, this summer and despite his advanced years, he stepped down to 'focus on his international freelance career.' Feted at the time as one the most successful theatre directors of his generation, it has now been revealed that, in reality, he was forced out after being accused of inappropriate, sexualised behaviour. 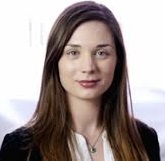 Twenty-nine year old Gina Abolins, told the Company Board in July, that he said to her : “Back in the day, I’d have been up you like a rat up a drainpipe but now I’m a reformed character. My disability means I’m practically a virgin again.” The "disability" he referred to was to damage sustained from three strokes in 2006, which left him using a walking stick and wheelchair and impaired his eyesight.

A statement by a spokesperson for Max said that he “wholeheartedly” apologised for “any inappropriate behaviour that made some former colleagues feel uncomfortable,” adding that it was never his intention to 'bully' or 'harass.' Apparently, he had suffered from 'pseudobulbar palsy' and “occasional disinhibition” since his stroke and his "occasional loss of the ability to inhibit urges results in him displaying disinhibited and compulsive behaviour and his usual, at times provocative, behaviour being magnified, often causing inappropriate social behaviour. Whilst this is an explanation it isn’t an attempt to dismiss his behaviour and he apologises for any offence caused.”

Gina, on the other hand, said her complaint referred to a number of incidents. She said that Max had previously asked her to try on a bikini she had bought and told her she should have casual sex and tell him about it. Having joined the Company in 2016 as its Education Officer, she said that she was left embarrassed and shocked after his "rat up a drainpipe" comment which subsequently prompted her complaint. “I didn’t know what to say and I felt really victimised actually. That was him exerting his power over me in a crude manner. I felt really bullied and objectified. To me, it felt that he was saying, "I’m going to tell you exactly what I would have done to you and there is nothing you can do about it". ”

Now, almost inevitably, other women have stepped forward to be heard. Twenty-five year old Steffi Holtz, who worked as his personal assistant in 2016, said he asked her about losing her virginity several times and told the 'Guardian' the Director had a reputation for always being “outrageous”, which allowed him to get away with making inappropriate comments. Like Gina, Steffi said Max had made comments about her appearance and on one occasion, as she was leaving his office, said : “You’ve got a really nice arse,” as he tapped her on her bottom. She also said : “The worst thing he said, I was sat at his desk and he said, "If you were sat on the desk there in front of me I would eat you out." Coming from a 75-year-old man, I was in absolute shock. You feel so uncomfortable...It makes me feel so uncomfortable to even say that.”

Gina also said Max had asked her and another woman about loosing their virginity during auditions for 'Rita, Sue and Bob Too', in which two 15-year-old girls have a sexual affair with a married man. In addition, the playwright Rachel De-Lahay said she was asked this question in reference to the play on a separate occasion and had : “found herself over-talking and rambling through this story” and later said she was angry “not because he asked me but because I had answered.”

Steffi, like Gina, said she wanted to speak out to help other women with similar experiences feel that they could come forward : “One of the most important things to me in my life is being a feminist, working towards equality and allowing women the same voice as men and to not have repercussions when they use that voice.” Gina said : “We are at an important time, where people are standing up and telling their stories. If more people can find the strength to speak out, hopefully we can make a real difference.”

Max, is by no means an 'evil' man but his reputation will now, no doubt suffer, both while he is alive and after he has gone, as intimated by Antony when he considered the death of Caesar :

"The evil that men do lives after them;
The good is oft interred with their bones."

When considering the 'good' that Max has done, it is worth remembering that he was born in 1941 in Cambridge, the son of the distinguished psychiatrist David Stafford-Clark and obtained his formative attitudes towards women and society from his family, his schools at Felsted in Essex and Riverdale Country School in New York City in the 1940s and 50s and his undergraduate years at Trinity College, Dublin in the mid 1960s.

In danger of being interred within his bones is his :

* founding of the Joint Stock Theatre Company in 1974

* his award the Special Award at the 2003 London Evening Standard Theatre Awards.

In addition and also, in danger of being lost, are the memories of the pleasure he gave to his audiences in his productions of : 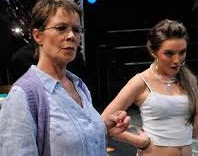 ★★★★★
“Brilliant. It wrenches the gut and makes the soul sing… Staggeringly moving”
The Times 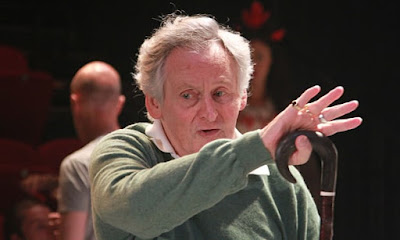 Labels: No country for Max Stafford-Clark ?