Britain is no country for old men, 'spent pennies,' discriminated against and dying for a drink

The International Longevity Centre - UK's latest Report, 'Calling Time', addresses the fact that in Britain today, when it comes to alcohol policy and research, old men and women suffer from discrimination. In fact, there is widespread ageism in alcohol treatment preventing those over 50 from getting the treatment they need to recover from harmful drinking.

The facts are that :

Examples of discrimination identified in the Report include alcohol services unable or unwilling to carry out home visits for old men and women unable to attend the service and alcohol service premises or rooms within the premises inaccessible to old people with limited mobility.

This discrimination is likely to be due to pervasive misconceptions, attitudes and assumptions based on stereotypes, for example, that either old people are incapable of change or alcohol problems predominantly affect young people. The old may also be discriminated against because of socially ingrained ageism which means that younger people are valued more by society. It is worth remembering that age discrimination is rarely a result of malign intentions or motives and that people operating or not operating these policies are often not even aware of the prejudices they have.

The Report revealed that whilst old men and women may not know that they are being discriminated against and those who were interviewed felt that, in terms of alcohol, younger people are prioritised and targeted more and there was more concern for younger people and professionals are not going to 'bother so much' with old people. In addition there was the feeling that that younger people were more likely to receive funding for residential treatment because 'they think you’re a bit of a spent penny at a certain age.'

It should be pointed out that this pattern is not specific to Britain alone and is evident in other countries. Combined with an ageing world population, the shift towards higher levels of drinking in older age groups has profound implications worldwide and the World Health Organisation has identified alcohol-related harm among older adults as an increasing concern. 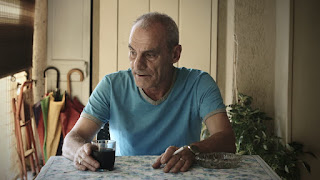 Labels: Dying for a drink