Jim, who is 96 years old, was born in 1921 and joined the Navy in the second year of the Second World War in 1940, when he was 18. He served on the North Sea convoys before he became part of the Combined Operations Pilotage and Reconnaissance Parties : 'COPP,' which had a wartime military base on Hayling Island in Hampshire in 1943 under the instruction of Lord Mountbatten. It was here that he became part of a small team of sailors and soldiers trained as frogmen and canoeists for covert beach explorations prior to landings on enemy occupied territory.

Jim became a submarine pilot for the X-craft, a unit of tiny submarines and remarkably, this unit of less than 200 volunteers and as a measure of their gallantry, went on to win over ninety medals and commendations in a little under three years.

In June 1944, Jim was towed from Portsmouth in his sub to the coast off the shores of Normandy in France, prior to the planned 'Deliverance Day' invasion of France. There were five men in his team : two swimmers, two crew, and the commander who would be cooped up for four days in their tiny craft. Having arrived at their destination, they surveyed the defences through the periscope by day and each night two of them clambered into their cumbersome swimsuits and life jackets, to swim 400 yards to the shore for a reconnoitre.

Jim was playing his role in an operation which saw 24,000 British, American, Canadian and Free French troops begin an airborne assault shortly after midnight followed by the War's biggest amphibious landing of Allied infantry and armoured divisions.

The secrecy of Jim's mission was all-important because if the Germans spotted them before the assault began, they might guess an invasion was imminent. Jim recalled : "When we were under way beneath the water, I was either on the steering wheel or the periscope. In those days there was no satnav and we had to do navigation the old-fashioned way to find our destination. We took charts, pictures, anything we could lay our hands on. When we arrived we went up the beach a couple of times to take bearings."

In his sub, which measured just 51ft long and 6ft wide where, it was feared the oxygen would run out and the men were instructed to take naps to use less of it. They were close to Sword Beach and submerged 30 feet below the waves. Their radar was turned off to avoid detection by the Germans. They consumed their rations of tea and baked beans or soup as they waited and, as Jim recalled, talked about "beer and women." They slept one at a time in four-hour rotations in the battery compartment with the bed 'still warm' from the man before them. They surfaced each evening to listen in to the BBC 10 o'clock news for a secret codeword contained in the broadcasts that signalled the invasion was to begin. Jim recalled that : "At night when the boat surfaced we could walk about on deck a bit to get some fresh air."

Jim recalled that the day before the invasion they used a periscope and saw the Germans playing football on the shore.The airborne assault began with  24,000 British, American, Canadian and Free French troops shortly after midnight.

The next morning, at 5am, having had a message to prepare for invasion they rose to the surface and like thousands of other troops and mariners that morning, Jim, no doubt wondered if he would live to see sunset. After the "spectacular experience as this incredible mass of planes arrived which bombed the beach in advance" Jim played his part and climbed into a fold-away canoe, then shone a beacon out to sea which allowed the flotilla of Allied landing craft to reach the shore safely on Sword Beach instead of drifting onto jagged rocks.

Jim in his own words has said : https://audioboom.com/posts/2230450-d-day-a-veteran-remembers-dday70 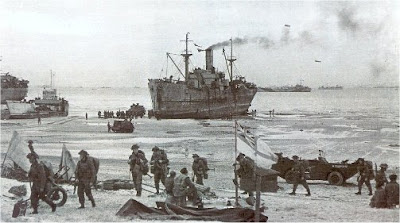 Following the success of the D-Day mission, Jim was posted to the Far East to carry out further hazardous reconnaissance work along the coast of Burma, prior to its recapture from the Japanese. This entailed exploration of the coastal inlets, using small specialist landing craft and sorties from two-man canoes, which were launched from submarines.

After his Far East tour of duty, Jim returned to Britain to attend a parachute course, but was then returned to the regular navy and sent to the Mediterranean in command of a minesweeper, HMS Vallay, assigned to clearing German minefields.

“When you’re a young man, and part of a good team of like-minded extroverts, you just think it’s all an exciting adventure, and you never imagine that you might not survive”. 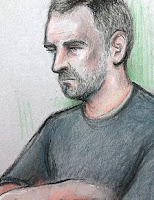 Fast forward to the present day and a 39-year-old man, Joseph Isaacs, has been arrested by Avon and Somerset Police for attacking Jim on suspicion of 'attempted murder' and 'aggravated burglary.'

Whoever attacked Jim inflicted serious injuries to his head and body with a claw hammer after he told a cold caller, who had knocked on his front door, that he did "not require any work on his house." Jim was clearly attacked because he was seen to be a defenceless, old man.

Jim's children have said : "Countless friends, neighbours, members of the community and even strangers, have expressed their shock, incomprehension and outrage. We acknowledge and share those feelings." "Our father is an exceptional person of whom we are all immensely proud. "He is the head of the family, a dearly loved father to his four children and adored by his grandchildren and great-grandchildren, to whom he's simply known as 'The Legend.' "He is, and always has been, our own family hero" and "We are all now focused on the long process of recovery, which will be helped by the love and support of all those around him."

What a sad country Britain has become that Jim's words to the BBC in 2011 mean absolutely nothing to the vast majority of its population. He then said of his exploits off the coast of Normandy and with perfect understatement :

“This operation was special, because Normandy was special and unique, and it was critical in winning the War.”

Jim's local Member of Parliament, Rebecca Pow, who represents Taunton Deane said : “I was horrified to hear about the dreadful unprovoked attack on a constituent of mine, Jim Booth. We are so indebted to people like him, for the role they played in the security of our nation.”


*****
France is a country which has recognised Jim's role in its liberation, off the coast of Normandy in the Summer of 1944 when it awarded him the 'Croix de Guerre' for his gallantry.