Doctor Who began life half a century ago as a children's, science-fiction television programme produced by the BBC, which depicted the adventures of a Time Lord called "The Doctor", an extraterrestrial being from the planet Gallifrey. Over the years he has explored the universe in his time-travelling space ship, the TARDIS. Its exterior appears as a blue British police box, which was a common sight in Britain back in 1963 when the series first aired. Accompanied by a number of companions, no less than twelve Doctors over the years have combated a variety of foes, while working to save civilisations and help people in need. Tom Baker played the fourth Doctor between 1974 and 1981. 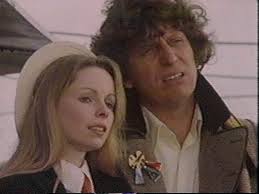 Tom, now 83, has returned to reprise the part he played 38 years ago, when he was 45. He remains the longest serving Doctor who and has been persuaded to don the familiar hat, long coat a and stripy scarf once more, to finish off an episode for which filming began in 1979 but was abandoned due to a BBC strike. 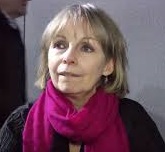 Around seven hours of filming were in the can for the story of 'Shada', which was intended to be the celebratory end to the 17th series of 'Doctor Who.' The parts of the unfinished story have been completed with the use of animation and Tom's voice, with him appearing as the old Doctor in one new scene.

Shada was written by the late Douglas Adams, at the same time as he was creating 'The Hitchhiker's Guide to the Galaxy.' The newly-recorded lines from Tom and Lalla Ward, as his companion 'Romana', follow the original script by Douglas. Lalla, now 66 years old, was a mere 28 back in 1979.

The producers have used 1970s TV cameras and the original Tardis set and K9 robot dog model to make it look part of the original lost episode. In addition, special effects and model work on the original production were never completed, so new visual effects have been done, using only the techniques that would have been available at the time of the original filming.
http://www.bbc.co.uk/news/av/uk-england-cambridgeshire-42100466/doctor-who-tom-baker-returns-for-lost-shada-episode

The story finds the Doctor in Cambridge working alongside Romana and a retired Time Lord, Professor Chronotis, to defeat the evil alien Skagra who is attempting to steal the secrets to the prison planet Shada. The producer, Charles Norton, said he had been inspired to show Tom as he is now by a line in Adams’s original script, about how the Doctor might be seen in years to come as “a nice old man.”

Tom has said that it was “a matter of regret” over the years that Shada had not been completed. When asked why he had agreed to reprise the role ?  he said : “I think it never left me and that’s why I can’t stay away from it. It was a lovely time of my life. I loved doing Doctor Who because it was life to me. My real life was really rather drab compared with the life of Doctor Who when we were making it. Doctor Who for me was an asylum and when I was in it, in full flight, making silly suggestions or pulling funny faces to make actors laugh, then I was happy.”

In answer to the question : why was his portrayal so popular ? Tom said :

“Because I was the silliest. When I got it I felt this benevolent alien personality which was part of me and I embraced it. It took me over.”