Britain, even more no country for old women than old men 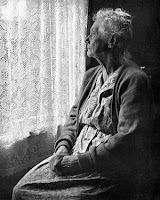 The latest International Longevity Centre Report, published last week and entitled : 'Inequalities in later life', has pointed out that, in Britain in 2017 : Old women are more likely to be poor, socially isolated, badly housed, unhealthy and die sooner because of a lifetime of lower pay and unequal working conditions than old men.

Based on a study by the 'Centre for Ageing Better', it found 'shameful' and stark contrasts in people’s experiences of later life, with severe inequalities among old people largely a product of poverty and disadvantage throughout life and women aged 65-69 suffering the worst discrimination of all,with only 36% of this age group receiving the full state pension. 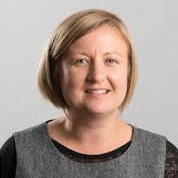 Claire Turner, 'Director of Evidence' at the Centre for Ageing Better said : “A good later life is something we should expect for everyone. It should not be conditional on where we live or how much money we have, nor on our gender, race, disability or sexuality, but cumulative poverty and disadvantage throughout life mean that many people will suffer poor health, financial insecurity, weak social connections and ultimately a shorter life. These inequalities – with richer older people living around eight years longer than those with less advantage – are shocking and have sustained over time, despite policy and practice designed to reduce them. Helping current older people and protecting future generations from this shameful level of inequality in health and wealth should be at the heart of policy making across health, housing, work and pensions.”

The group of old people who are worst off in Britain are those who have been female part-time workers or women with low-grade jobs. They are the ones who are at greatest risk of financial insecurity in later life. The Report found that those women who spent most of their lives working part-time are no better off in retirement than women who have never worked. In addition, there is also evidence which suggests that people from ethnic minority backgrounds are less likely to have adequate pension savings, with women from such backgrounds at particular risk.

This was a weighty piece of research, with the teams spending a year studying 25,000 research papers, published over the past decade and finding that poor education and work opportunities, along with lack of social connection, have long-term consequences. These consequences are often made worse by reduced income in retirement and the impact of having many long-term health conditions. 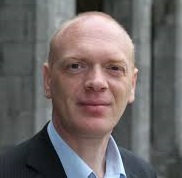 Thomas Scharf from the Institute of Health and Society and Institute for Ageing at Newcastle University, said: “Our research confirms the persisting nature of inequalities affecting people in later life. This means that, as people age, not everyone has the same access to good health and well being, decent incomes and housing, or supportive social relationships. The fact that evidence of inequalities is consistent over time points to the need for a stronger focus on addressing the causes of disadvantage in later life. This is a challenge not only for government, but for society as a whole."

Britain in 2017 :
A country where richer old men and women live eight years longer than those who are poor.

Britain in 1917 :
A country where richer old men and women lived considerably longer than those who were poor.

Britain, a country where, over the passage of time, for poor old men and women : nothing changes

Labels: No country for old womwn