Despite the deprivations and strictures of the times, most of them would say that they had "happy childhoods." This will not be the case of many teenagers in Britain today, who will experience their old age in the Britain of the 2070's and will not look back to "happy days".

Richard Crellin, one of the authors of the Report said : “Children and young people talk a lot about the pressure that get placed on them to do well. We reflected this could be linked to a pressure in British society to take things on the chin and have a stiff upper lip. Young people across the UK told how they feel judged if they don’t succeed first time.”

Mark Russell, Chief Executive of the Children’s Society, added : “As a society we can’t be content with children in the UK being the most unsatisfied with their lives in Europe. It has to change.”

Data for the Report was collected before the coronavirus pandemic struck, suggesting things may now be significantly worse for Britain's young people. In July a survey by the Children’s Society found that nearly 20% of children aged 10-17 in Britain – the equivalent of 1.1 million – reported being unhappy with their lives as a whole during the coronavirus lockdown, up from an average of 10-13% over the last five years.

Mark said : “Even before the pandemic, which we know has taken a huge toll on our children’s wellbeing, many felt their life didn’t have a sense of purpose. We believe it is not only a fear of failure – which in previous research we found was higher amongst those living in poverty – but also rising child poverty levels that could partly be to blame.” He called on the Government to “hit the reset button” and introduce a National Measure of children’s wellbeing.

Professor Tamsin Ford, from the Faculty of Child and Adolescent Psychiatry at the Royal College of Psychiatrists, said the Report’s findings were very worrying, particularly as 2020 had been especially distressing for lots of children.“We want to see a strong focus from Government on improving children and young people’s mental health to make sure this generation of children are not forgotten about. We must do everything we can to support their wellbeing, including the increased provision of mental health support in schools and specialist mental health treatment for all children who need it.”

Children in Romania had the highest levels of life satisfaction (85%), just ahead of Finland (84%), while Britain fared worse than Spain (82%) and France (80%). Clearly, their old people in the 2070's will look back on more "happy days" than those in Britain. 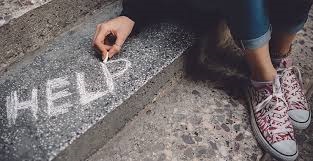