In Britain, awash with rogues and liars in high places, step forward an old politician called David Davis, 'Champion of the World’s Poor' and unafraid to speak truth to power

David, who is 72 years old, has had a career in Westminster politics since becoming a Conservative Member of Parliament at the age of 41 in 1987. Since then he has held office as Minister of State for Europe, under Prime Minister John Major and has served as Chairman of the Public Accounts Committee and Chairman of the Conservative Party and more recently served as Secretary of State for Exiting the European Union under Prime Minister Theresa May. In these roles, David has exercised power and it seems a little ironic that he is one of the few politicians brave enough the speak truth to his own Conservative Government on the issue of its plans to renege on an election promise to maintain the level of Britain's aid to the Third World poor at 0.7% of GDP and cut it to 0.5%. 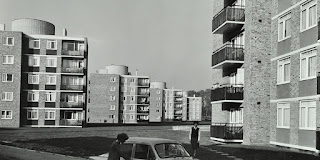 David is no stranger to poverty himself, having been born David Brown, the son of his single mother, Betty, three years after the end of the Second World War and in York, two days before Christmas in 1948. Young David was initially brought up by his maternal grandparents there. After his mother married Ronald Davis, David adopted his name the family name and David met his real father, a Welshman, only once, after his mother's death. David later described the family flat in as a "a terrible little slum". Later, after his half-sister was born, the family moved into council accommodation on the brand new Aboyne Estate in Tooting, South-West London and his stepfather worked at Battersea Power Station, where he was a shop steward. David himself later told an audience at the Royal Festival Hall in 2002, on a platform he shared with the left-wing Labour Party politician, Tony Benn, that he had been a "wild kid".

Having passed his 11+ examination in 1958 David attended Bec Grammar School for Boys in Tooting. In 2009, he recalled : "It is almost 50 years since I won admission to grammar school, yet I remember it as though it were yesterday. It was a day that changed my life massively, for the better. Bec Grammar School in Tooting, South London, took this young kid from the wrong side of the tracks, with scuffed shoes, tousled hair, shirt hanging out of his trousers, and gave him chances he had never dared to dream of". "I was by no means the only working-class youngster, or son of a single mother, in my grammar school. Many of my classmates were very tough. It was a community with few angels and no saints".

David did not go on to university since his 'A' level results were not good enough and left school and got a job as an insurance clerk at the age of 18 in 1966. Subsequently, he joined the Territorial Army's 21 SAS Regiment where he served as a reserve at weekends in order to earn money to pay to retake his 'A' Levels and successfully gained a place at the University of Warwick where he gained a joint degree in Molecular and Computer Science at the age of 23 in 1971.

Now sitting as a Conservative back bench Member of Parliament David has said that the proposed foreign aid cuts are immoral and unlawful and ministers tried to push them through without a vote in the Commons because they knew they would lose. He has cited legal advice given to Tory backbenchers by Ken Macdonald in which he denounced the planned cuts and said : “The Government, if it wanted to do this, should have brought it to the House of Commons and said : "This is in our manifesto, but the duress we’re facing now means we have to do this and so ask the House to approve it. It didn’t. The reason it didn’t, was because the majority of the House doesn’t agree with it. That’s what we’re going see today if we get the vote. And I’m afraid that that’s frankly, in my judgment, a morally poor position for the Government”.

On the BBC Radio 4 'Today' Programme this week, he said :

"In my judgement, you've got massive cuts in clean water, which kills more children world-wide than almost anything else, dirty water does - 80% cut there - ten million people lose their access. You've got cuts in funding for food - people starving - quarter of a million people. Again thousands will die - large numbers of them children. Across the board, this cut, which is virtually unique in the G World and is unique in the G7. No other country is cutting its aid in this way. It's going to have devastating  consequences across the world. Bear in mind I'm, historically, a critic of aid spending, but doing it this way is so harmful".

David's contribution to the debate on the proposed cuts to foreign aid on June 8th this week : 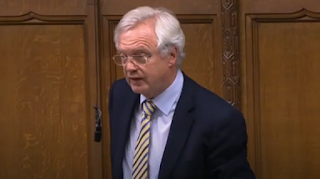