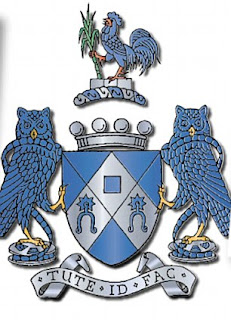 Lord Alan Sugar is 64 years old and has an estimated fortune of £770 million or $1.14billion has a coat of arms which has :

* at the top, a cockerel, the emblem of Tottenham Hotspur Football Club, of which he used to be Chairman, holding some ripe 'sugar'-cane standing on some 'sugar' lumps.

* has 2 owl supporters, wound round with film tape.

* on the shield are two spurs, another reference to Tottenham Hotspur.

* a blank screen in the middle of the shield, a reference to his fortune as the pioneer of Amstrad computers, 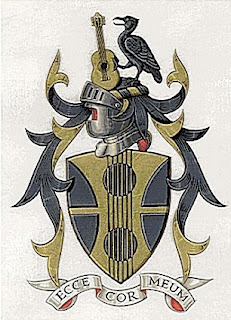 Sir Paul McCartney is 69 years old and is listed in Guinness World Records as the 'most successful musician and composer in popular music history', with 60 gold discs and sales of 100 million singles in Britain alone and has a coat of arms which has :

* has a guitar and a Liver bird, the symbol of Liverpool.

* the motto, ‘Ecce Cor Meum’ or ‘Behold My Heart’, the title of an oratorio he wrote when his wife Linda was dying of cancer. 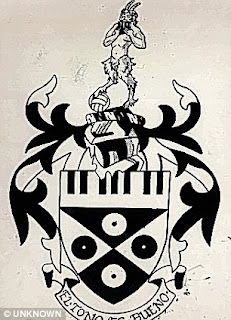 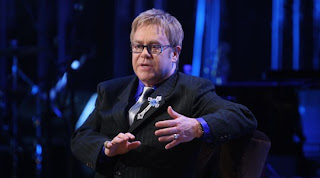 Sir Elton John is 64 years old and in his four-decade career John has sold more than 250 million records, making him one of the most successful musical artists of all time, has a coat of arms which has :

* piano keys and a football.

* the Spanish motto ‘El tono es bueno’, meaning both ‘Elton is good’ and ‘the sound is good’.

Labels: Old knights and lords with coats of arms