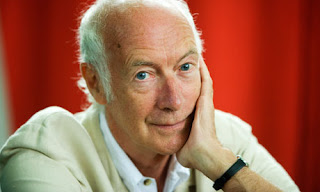 Roger McGough, the 74 year old poet, is the new President if the 'Poetry Society'.

What you possibly didn't know about Roger, that he :

* was born in Litherland, Liverpool and studied French and Geography at the University of Hull at a time when the great English poet, Philip Larkin, was the librarian there. 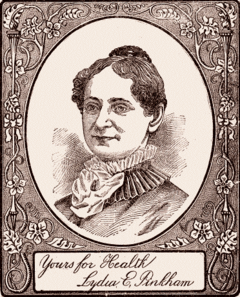 * returned to Merseyside in the early 1960's, worked as a 'French' teacher, and with John Gorman and Mike McGear, the brother of Paul McCartney, formed the group 'The Scaffold' and produced 'Thank You Very Much' in 1967 :
http://www.youtube.com/watch?v=MjnkmNyArNg

* with 'Scaffold' reached 'Number 1' in the UK Singles Chart in 1968 with 'Lily The Pink', a modification of the older folk song, 'The Ballad of Lydia Pinkham'.

* had help with the song from Elton John and Graham Nash of 'The Hollies' who contributed with backing vocals and Jack Bruce of 'Cream' played the bass guitar.

* was also responsible for much of the humorous dialogue in The Beatles' animated film, 'Yellow Submarine', although did not receive an on-screen credit. 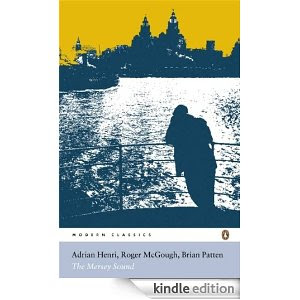 * published a selection of poems along with work from Adrian Henri and Brian Patten, entitled 'The Mersey Sound'.

* in 1978, appeared in the introduction to 'All You Need Is Cash', a mockumentary detailing the career of a Beatles-like group called The Rutles :
http://www.youtube.com/watch?v=inkWIIPV0JY

* in 1980 he recited a high-speed one-minute version of Longfellow's poem, 'The Wreck of the Hesperus' on the album 'Miniatures'.
http://www.youtube.com/watch?v=4xbw7zZrMAg

* in 1981, co-wrote an electronic poem called 'Now Press Return' with the programmer Richard Warner for inclusion with the Welcome Tape of the BBC Micro home computer.
http://www.youtube.com/watch?v=cPoOwTokjTA

* is a folk hero in his native Liverpool, where many of his poems and a work of art he created from donated old doors are part of the new Pier Head Museum.

* was awarded a 'CBE' in recognition of his work in 2004, making him a 'Commander of the British Empire', which he no doubt accepted with some irony, since he commands nothing and the 'The Empire' has long since ceased to exist.

I remember slanted mountains with dusted white peaks
ivory snow and emerald green trees.
I remember the tickle going up my spine
when birds settled on my branches.
The soft footfall of a passing fox.

I remember the sweet smell of pine-scented smoke
wafting from chocolate log cabins.
I remember thinking that there will come a time soon
When I will no longer remember any of this:

A sickle moon
The scrunching sound of footsteps
A brutal saw chomping through my bark
and the snow slides off me like a silken robe.

The squabble of sea birds and an icy deck
the savagery of ropes and roller-coasting waves,
until eventually, the warm cuddle of sleep.

In a clearing in the concrete forest of a city
I rise to the noise of pigeons and car horns,
Of children laughing and crowds cheering.
With 500 white lights I am adorned. Am excited.
Crowned with a star. I am adored and delighted.

When the children leave and the music stops
And the lights and the words taken down
Unlike the tree I have put down roots
In London, my new home town

Lights, camera, action!
A switch is pulled
and I light up like an angel. 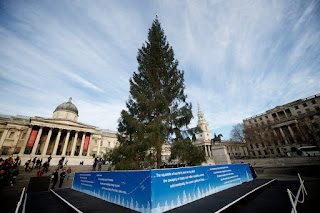