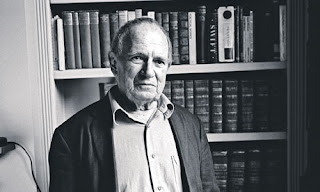 Christopher Logue, maverick political poet and playwright , the 'Alexander Pope' of his day, has died at the age of 85.
What you possibly didn't know about Christopher, that he :

* was born in Portsmouth, an only child whose father was a post office worker, went grammar school and while there got six months' probation from a juvenile court for stealing copies of 'Men Only' and 'The Naturist' magazines.

* left school with a romantic view of Army life and enlisted, telling his recruiter that he wanted to join 'The Commandos', was attacjhed to the 'Black Watch', where his 'posh' voice, formed in part by his boyhood poetry recitals, set him apart from his comrades, who nicknamed him 'Charlotte'.

* in 1945, when his battalion was posted to Palestine, boasted to a fellow soldier that he was going to 'sell on some stolen army paybooks', was arrested, court-martialled and served his prison term in Palestine and Scotland.

* back in civilian life in London had string of impecunious jobs like park attendant and dentist's receptionist and saw his ambition to study at Oxford University slip from his grasp. 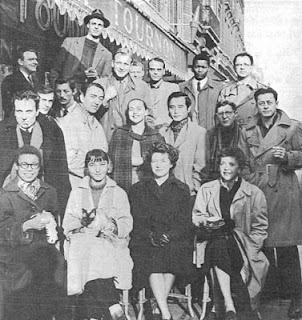 * tried to commit suicide when his desire to become a poet was frustrated, then in 1951, went to 'Bohemian' Paris, joined the expat literary community working on the literary magazine 'Merlin', the first edition of which, included one of his poems and stands on the extreme left of the second row in the photo of editorial team.

* discovered that if poetry did not pay, then writing pornography under pseudonym 'Count Palmiro Vicarion', for the Paris-based Olympia Press did. 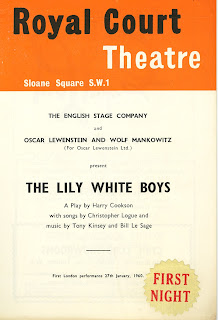 * returned in 1956 to a London experiencing a revolution in British theatre sparked by John Osborne's 'Look Back in Anger' and he fell in with theatre critic Kenneth Tynan and the film director Lindsay Anderson and collaborated with him in 1959 on the musical, 'The Lily White Boys' at the Royal Court Theatre.

* in 1965, wrote the couplet sung at the beginning and end of the film, 'A High Wind in Jamaica'.
http://www.youtube.com/watch?v=VPDLFu0KQN4

* saw his verse career flourish with poems in the 'New Statesman' and the 'Times Literary Supplement' and in 1967, his poem, 'Be Not Too Hard' was sung by Donovan on the soundtrack of the film 'Poor Cow'.
http://www.youtube.com/watch?v=zmw8DPW0L4Y 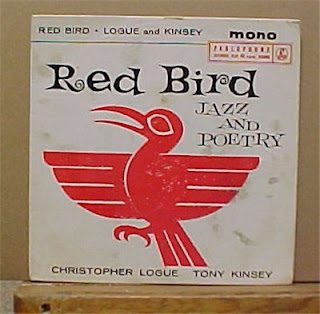 * in 1960, had his experiment with jazz poetry, 'Red Bird' recorded by the Beatles producer, George Martin.

* went on the Campaign for Nuclear Disarmament's first Aldermaston march, in 1958, and was a member of Bertrand Russell's 'Committee of 100' public figures, prepared to break the law in an attempt to influence the Government's nuclear policy and Britain's relationship with the US and was jailed for a month for refusing to accept a court order to 'desist from demonstrating'. 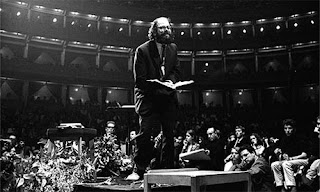 * teamed up with Arnold Wesker to bring art to the workers, giving poetry readings on factory floors with limited success and was better received at the Royal Albert Hall poetry 'happening' with Allen Ginsberg in 1965. 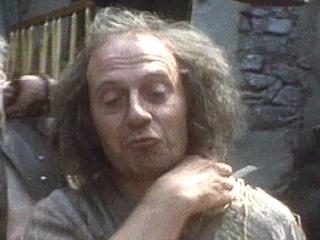 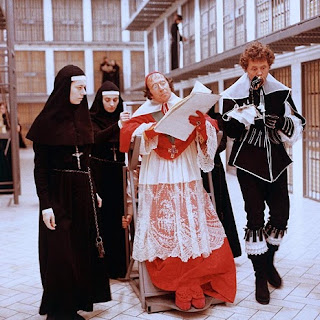 * appeared as Cardinal Richelieu in Ken Russell's film 'The Devils' in 1971 and as the spaghetti-eating fanatic in Terry Gilliam's 'Jabberwocky' in 1977. 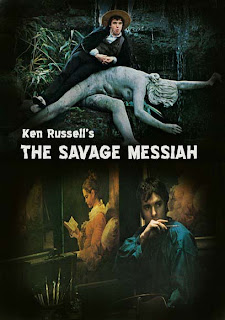 * wrote the screenplay for Ken Russell's 'Savage Messiah' in 1972.

* undertook a last major work to render Homer's 'Iliad' into a modernist idiom.


Christopher being enigmatic about the English and poetry at the 'Prague Writers' Festival' 11 years ago :