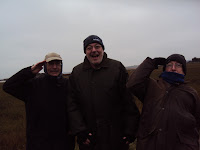 his is Captain Rob, aka 'Pugwash', with his crew, myself as 'Seaman Staines' and  Kev as 'Roger the Cabin Boy', reporting for duty. 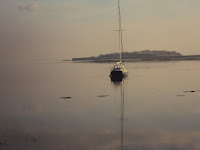 See :
Saturday, 20 October 2012
Britain is still a country where old men believe that when they were boys Captain Pugwash sailed in a ship manned by Master Bates, Seaman Staines and Roger the Cabin Boy http://britainisnocountryforoldmen.blogspot.co.uk/2012/10/britain-is-still-country-where-old-men.html
Rob anchors his concrete hulled boat in an inlet on the River Medway between Copperhouse Marshes and the point of land called Horid Hill. It's on the shore path here that Kev and I walk our dogs : Monday, 27 August 2012 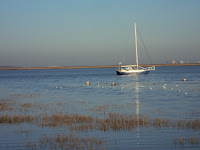 http://britainisnocountryforoldmen.blogspot.co.uk/2012/08/britain-is-country-with-riverside-park.html
Nature dictates that Captain Rob's seascape is, according to the seasons and weather, forever changing. 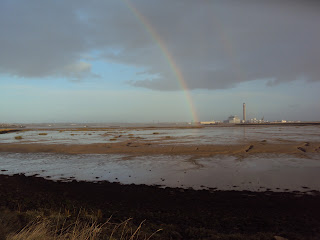