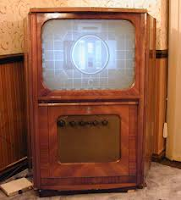 Cliff was 93 years old on tuesday and I remember watching him on our little black and white tv when I was a boy living in South London in the 1960's when he fronted the BBC 'Tonight' programme from 1957 to '65. What I'd forgotten was that he also hosted the tv coverage of the Apollo Moon Landings and the tragic South Wales Aberfan Disaster, the 1966 and 1971 General Elections and the investiture of Charles, as Prince of Wales in 1969.

What I and possibly you didn't know about Cliff was that he :

* was born in Cowes on the Isle of Wight and attended the High School there and then left the island to study at Loughborough College and Leicester College of Technology and Art.

* after the War worked on radio and tv as a freelance sports commentator, then as a news reporter and as a producer of children's programmes, including 'All Your Own'.

* in 1950, married the late Jean Metcalf, a BBC announcer whom he met when she presented 'Two-Way Family Favourites' in London while he was presenting the Hamburg link in the programme for the British Forces Broadcasting Service.

* presented the BBC TV programme 'Highlight', a current affairs show with a reputation for uncompromising interviews and in 1957 became anchorman for BBC TVs new topical weekday magazine show, 'Tonight' which ran for eight years and attracted 8 million viewers at its peak and was named BAFTA Television Personality of the Year in 1958. 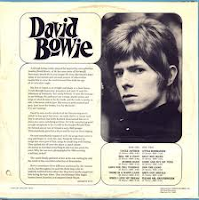 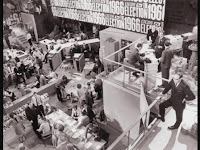 * In 1967 he presented 'Our World', a worldwide tv broadcast which was the first to use time satellite communication extensively in an attempt to 'connect the whole world by television' and in one pogramme featured a performance by The Beatles of their song ' Alll You Need Is Love'.

* after leaving full-time tv work, became head of EMI's new video division and was a regular presenter on BBC One's 'Holiday' programme from 1969 to 1986 and returned to the BBC at the age of 87 in 2007 to introduce a programme on the BBC Parliament channel, recalling the 1967 devaluation of the pound.