Britain is no country for old men 'in care' who want to be safe from abuse, receive enough food and drink and be kept clean

A recent headline in 'The Daily Mail' was entitled :
Scandal of neglect in Britain's care homes: NHS survey of 63,000 elderly residents reveals one in three are living in fear of abuse

The 'Adult Social Care Survey',  carried out by the Department of Health, the Care Quality Commission and the National Health Service, Health and Social Care Information Centre and based on a survey of 63,000 old men and women has reported that :

* 33% of adults, mostly old men and women, who are in residential care or receiving help at home fear abuse or physical harm , the equivalent to about half a million people.

* in some areas, such as Brent, North-West London, more than 50% claimed they did not feel safe, while in Hartlepool, Co Durham, St Helens, Merseyside, and Tameside, Greater Manchester, more than 40% said social care services did not make them feel safe. 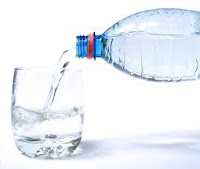 * Others complained they received so little food and drink that they believed their health could suffer.

* nearly half of those relying on carers to perform basic washing duties said they did not feel as clean or presentable as they would like.

Michelle Mitchell, charity Director  General at 'Age UK', said:
"By neglecting the social care system for so long, governments have put the human rights, health and dignity of too many at risk. Many older people are worrying about having enough food to eat, and feel unsafe and unable to present themselves in a way that retains their dignity. How can this be acceptable in a civilised society?"

Britain in 2013 : A country with many frightened, thirsty, hungry and unwashed old men in 'care'.