Britain is no longer a country for and says "Goodbye" to its oldest man, Reg Dean 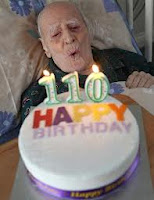 Reg Dean, who was born in 1902, 12 years before the outbreak of the First World War and at 110 years, was Britain's oldest man, died today.


What you possibly didn't know about Reg, that he :

* was born at Tunstall, Staffordshire and, after leaving school, gained a degree in theology at Durham University.

*  became a minister of the Church and, in the 1940's, served as an Army chaplain in Burma during the Second World War.

* attributed his longevity not solely to his strict vegetarian diet but also to an 'elixir of life' given to him by a doctor in Burma, who said to him :' “I have concocted a drink that will make you live for ever”, or something like that, and would I like to take it? Well I’m very naive, I can’t say no, so I drank it and here I am.’

* after the War, became a church minister in Derby, where he helped found the Derby Playhouse and then in 1958, a teacher, 'Dixie Dean', at Herbert Strutt Grammar School, Belper, where the actor Timothy Dalton was a pupil and played Paris in the school play, 'Tiger at the Gates' in 1963.

* went on to serve as minister at the United Reformed Churches in Wirksworth and Matlock, before retiring at the age of 80, 30 years ago.

* is a 'Licentiate of the Royal Acadmy of Music' and been involved with drama and music all his life, having sung in the 'Bombay Light Opera Company' as a young man and has long been associated with 'The Dalesmen Male Voice Choir', of which he was President.

*  at the age of 109, took his first steps into the world of computing and went online for the first time and his a passion for 'Fairtrade' was helped to found 'Traid Links', in Wirksworth. 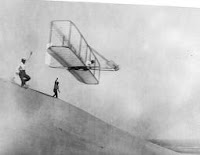 * lived through the tenure of 26 Prime Ministers, received 7 birthday telegrams from the Queen, was alive when the Wright Brothers piloted the first powered airplane in 1903 and has said : "I remember before the days of Tarmac, the roads were all dust heaps. I can remember hearing about the sinking of the Titanic when I was at my uncle’s farm."
https://www.youtube.com/watch?v=q3beVhDiyio


* in a local newspaper, the 'Matlock Mercury' to mark his 100th birthday, his friend Carole Poulson said : " He is a very clever man, a good scholar who still gives talks on Charles Dickens. He is a very caring man and takes a keen interest in human rights and Amnesty International and caring for the less well off."

What better praise could a man have had ?