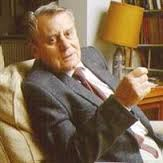 Richard, writer of 15 books and editor of more, who held six important jobs in 40 years, has died at the age of 95.

* was born in the Potternewton district of Leeds in 1918, just before the end of the First World War, one of three children living in abject poverty in a damp, cockroach-ridden stone cottage with a father who was a housepainter and had been a regular soldier in the Boer and First Wars and was dead of brucellosis, possibly contracted from consuming infected undercooked meat, before he was a year old.

*  was left with vivid memories of his mother who he found collapsed on the floor in the last stages of death from tuberculosis when he was eight and later said : "When I see, or see film of a driven bird flying to its nest and anxiously, earnestly feeding the open mouths, the image of our mother comes to mind. When you have seen a woman standing frozen, while tears start slowly down her cheeks because a sixpence has been lost ... you do not easily forget." 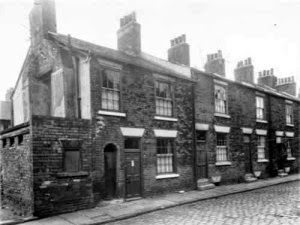 * was split from his siblings and taken to live with a loving, widowed grandmother in Newport Street, Leeds and spent his formative years life in an overcrowded Hunslet back-to-back with the only bathroom connected with running water in the street, where he 'slept in the attic with Uncle Walter, first in a big double bed, then in a small one of my own with a flock mattress'.

* in 1928 at the age of 10, went with his Granny to stay with an uncle in a mean, cold semi-detached house in Harrogate, from which the two of them escaped for a walk each afternoon and later said : 'What we talked about I do not remember. We certainly did not discuss the inadequacies of our hosts; that would have been unthinkable. But we both knew we knew without having to enter critical analysis. Much more important, we were bound together by unspoken affection and, in my case, by an emotional dependence I felt for no one else. It was a cardinal lesson in human relationships, in the power of love.'

* was a healthy, mainly cheerful, tough little boy who, helped by 'hardship grants' from bodies such as the Board of Guardians and the Royal British Legion and despite failing his 11-plus maths exam paper, got a 'scholarship' to go to Cockburn Grammar School (left) on the strength of his English essay, supported by a plea from his Jack Lane Elementary School Headteacher.

* in the summer of 1932 at the age of fourteen, suffered a brief nervous breakdown brought about by his consciousness of being a poor orphan, tying to hold his own with boys and girls from more fortunate homes than his, having to walk twenty miles a week to and from school, living in a house without books, dominated by a fiery Aunt and in the company of a drunken cousin and spent two weeks recovering in a convalescent home on the Yorkshire coast.

* at the age of sixteen, had his headmaster write on his end of year report : 'should think of a professional life' and after the sixth form, in 1936, won a Leeds University scholarship after his aunt gave him elocution lessons because he couldn't pronounce his 'Rs' or 'Ls' and became, in his own words : 'a very hard-working student and because there were no books in the house, I would spend long periods in the reading room of the library. I discovered Swinburne for myself there, and other poetry, which was wonderful."

* at a 'freshers' party' in the same year, met his future wife, Mary, the daughter of teachers and took her to see 'Green Pastures' at the cinema on their first date, a film which depicted stories from the Bible as depicted by African-American characters and so began a lifelong match which continued to his death.

* and in 1939,  while studying for his MA thesis, was called up to fight in the Second World War and joined the Royal Artillery as an anti-aircraft gunner, served in North Africa and Italy, where he narrowly escaped being burned alive, worked in education and intelligence and ended Army life a staff captain.

* partly as the result of the influence of his Grandmother who had 'a respect for learning, not so much as a way to wealth, but chiefly for the pure idea of learning as a liberation for the person', decided to go into university adult education which 'would have been instantly comprehensible to her, and sympathetic' and at the age of 28 in 1946, became a staff tutor at the University of Hull and five years later published his first book, a study of W.H.Auden's poetry.

* in 1956 -57, at the age of 38, spent a year teaching in the USA where he later wrote that he learned from Americans 'about directness, openness before the emotions, fidelity towards ambiguous experience, intellectual honesty' and strengthened his 'understanding of the worth of that English "neighbourliness" which is at least in part born by the sense that life is going to offer few opportunities and so you must stand by one another - "all in the same boat", "sink or swim together", "help one another because no one else will do it for you." ' 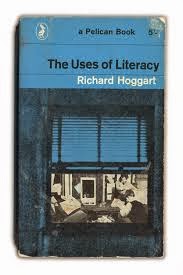 * in 1957, at the age of 39, became a national figure and earned a place in the 'Daily Herald Portait Gallery of Angry Young Men' with his 'The Uses of Literacy', in which he gave a detailed picture, written with knowledge and affection, of the British northern working-class, caught them at the point where their lives, values and culture were being changed by postwar advertising, mass media influences and Americanisation and in which he was, and remained, one of them in his loyalties.

* was an advocate of the building new secondary education comprehensive schools,  in the wake of sociological studies which showed that the supposedly 'class-neutral' 11-plus exam for grammar school entrance  was biased against working-class children and would have welcomed the building of Eltham Green School, which I attended along with 2,500 other South London kids in 1957 and which gave working class lads like me a leg up to university and a profession.

* became Senior Lecturer in English at the University of Leicester, at the age of 41 in 1959 and in 1960 was called as an expert witness in the trial dealing with the publication of D.H.Lawrence's 'Lady Chatterley's Lover', where his argument that it was an essentially moral and "puritan" work, which merely repeated words he had heard on a building site on his way to the court, was considered as having a decisive influence on the outcome of the trial.which reduced censorship and ushered in the permissive 1960's.
https://www.youtube.com/watch?v=6yGuXL4OP_U

* sat on the Pilkington Committee on Boadcasting 1960-62 and wrote the lion's share of its Report which led to the creation of  BBC2 as a quality television channel, then became Professor of English at Birmingham University at the age of 44 in 1962 and founded its Centre for Contemporary Cultural Studies two years later and was its Director until 1969.

* was offered three jobs at once in 1969 : an Australian vice-chancellorship, a New York professorship and an assistant Director-Generalship at Unesco in Paris and puzzled friends by choosing Unesco and in his 3 year tenure, travelled three times round the world, was appalled by what he regarded as its misconduct, bureaucracy, infighting and laziness and in 1975, resigned and wrote a 'An Idea and Its Servants' in criticism.

* on his return to Britain at the age of 57, in the mid-70s, became warden of Goldsmiths College in South-East London and then served and was Vice-Chairman of the Arts Council until dropped because Prime Minister, Margaret Thatcher, did not regard him as 'one of us' and had Sir Roy Shaw its Executive Head say of him : "he has never become in any way pompous, no matter how important his job was. He always stayed an ordinary bloke, although in fact he was always an extraordinary, ordinary bloke."

* retired from Goldsmiths College in 1984 and said "goodbye" to the main building which still bears his name but kept busy and published 'The Way We Live Now' at the age of 77 in 1995, in which he regretted the decline in moral authority which religion had once provided and attacked contemporary education for its emphasis on the 'vocational' and 'cultural relativism' and tendency to concentrate on the popular and meretricious.

* in 1998, when writing the introduction to the Guardian's 'Yearly Anthology', might well have been speaking of himself with : 'A newspaper such as this has to have above all a hinterland, a background, body, bottom, moral texture, rather than merely a daily succession of rhetorical 'ooh-ahs'. It says implicitly: 'There is more to life ...' '

* has said of himself : "I was driven by my childhood to get on, but not in the sense of becoming a millionaire or anything like that. The ambition was to do something useful and interesting and somehow involving my writing. And I did have an impulse to criticise because there was a lot to criticise. I was brought up in a world where just about everyone assumed they would stay there all their lives and I resented that deeply. There are two types of life; the first is the escalator life, where you move inexorably upwards, the other type is the carousel where you go round and round. One of my arguments is that there are enough people making it their business to ensure that people stay on the carousel."

* was never comfortable with life and wore a metaphorical hair shirt and in 'A Measured Life', referred to 'the psychological, the emotional, the intellectual pressures on a boy who climbed out of the working class through the use of his brains and forever felt between two worlds.'

Richard's son, Simon, who predeceased him in January and born into the professional middle class had no such problem :

Britain is no longer a country for an old and rare political sketch writer called Simon Hoggart who wielded a truthful, witty pen