Britain is still a country for and old men say "Happy Birthday" to a screen goddess called Julie Chistie, whose beauty beguiled them when they were boys

I first remember seeing her in the 1961 science fiction series on BBC television called 'A for Andromeda'.
I was 14 and she was 20.
http://www.youtube.com/watch?v=zvcC2T2TQOc

Before she reached the black and white tv screen she :

* was born during the Second World War in 1941 on the Singlijan Tea Plantation in Assam in British India which was managed by her father who separated from her mother when she was a child.

* back in England, from the age if six, was brought up by a foster-mother and studied as a boarder at the independent 'Convent of Our Lady School' in St. Leonards-on-Sea, East Sussex, from which she was later expelled for telling a risqué joke which reached a wider audience than originally anticipated.

* at Wycombe Court School, played the role of the 'Dauphin' in George Bernard Shaw's 'Saint Joan' and after leaving, studied at the Central School of Speech and Drama before her part in Andromeda.

Then, when I was 16, she played Liz, the friend and would-be lover of the eponymous 'Billy Liar', played by Tom Courtenay.
http://www.youtube.com/watch?v=m54NABR2pEw

When I was 18, she played the amoral model, Diana Scott in 'Darling'.
http://www.youtube.com/watch?v=beut0h1i7y0 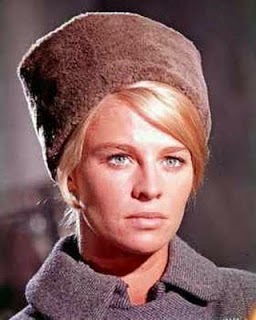 In the same year she appeared as Lara Antipova in David Lean's adaptation of Boris Pasternak's novel 'Doctor Zhivago'. 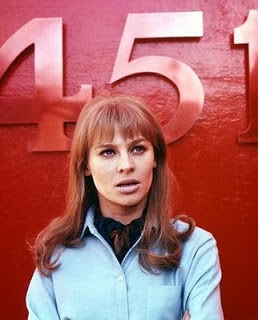 I believed for many years that the lyrics :
Terry meets Julie,
Waterloo Station,
every friday night
alluded to an affair between Julie and Terrence until Ray Davies denied this in his autobiography and claimed in a 2008 interview, "It was a fantasy about my sister going off with her boyfriend to a new world and they were going to emigrate and go to another country."

When boyhood was gone and I reached 21, she played the lead character, Petulia Danner, opposite George C. Scott, in Richard Lester's 'Petulia'.
http://www.youtube.com/watch?v=UqNNEBK41mU