Britain is no longer a country for and says "Farewell" to the old architect's architect, Richard MacCormac 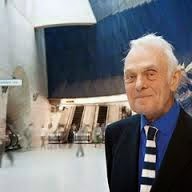 What you possibly didn't know about Richard, who has died at the age of 75, that he :

* was born in Marylebone, London, the son of 32 year old Marion, whose father was a medical doctor serving as a missionary in China where she was born in 1906 and 59 year old Henry, who was a doctor born into a medical dynasty in Northern Ireland and was serving as a dermatologist at the Middlesex Hospital.

* as a boy, was educated at Westminster Boys Public School, where Sir Christopher Wren had been one of his august predecessors and was as an adolescent, taking an interest in architecture, inspired at the age of 11 by Georgian London, the 1935 De La Warr Pavilion at Bexhill (right) and what he described in an interview in January as : 'the subtle influence of my mother'.

* was 12 years old when his father died and after leaving school, at nineteen, joined the Royal Navy in 1957 for two years National Service, possibly in deference to an Irish ancestor whose name, 'Cornelius', he bore, who had served as an officer in the Navy in the early 1800s and retained his love of sailing in later life with his 1906 oyster smack anchored at Brightlingsea. 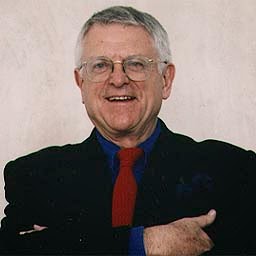 * back in civilian life as an undergraduate studying architecture at Trinity College Cambridge, was inspired by his tutor, Colin St John Wilson, gained a double-first, then studied at the Bartlett School of Architecture, University College London where he and other Cambridge graduates were condemned for their 'aesthetic preoccupations' and convicted of 'formalism'.

* continued to pursue his 'desire for humane elegant solutions' as opposed to the mechanistic, 'cold-blooded' alternative of the Bartlett and at the age of 25 in 1963, started his career at the modernist practice of 'Powell and Moya' followed by two years at  'Lyons Israel and Ellis', before joining the London Borough of Merton in 1967 to work on social housing projects before leaving at the age of 34, to set up the practice 'MacCormac Jamieson Prichard' in 1972 and in the same year won an open competition for a University building in Bristol.

* in 1981 at the age of 43 met author and future partner, Jocasta Innes who was one of his neighbours in Spitalfields, East London and recalled in 1997 having "bumped into her in a pub we had a conversation and I said : "What do you do?" She told me she was a writer and said, "I'm writing a book called '1001 Ways to Do Without an Architect.'" "

* in 1982 created the stepped brick Sainsbury student accommodation building for Worcester College, Oxford which the Architectural Review called 'romantic pragmatism' with its combination of sophisticated composition and traditional materials and caught attention with the Bowra Building at Wadham College in 1993 and the Garden Qaudrangle at St John's College  in 1994

* as President of the Royal Institute of British Architects in the 1990s used his position to promote architecture to a wider public and reached out to students teaching architecture at the University of : Cambridge in the 1970s, Edinburgh in the 1980s and Hull in the late 90s.

* in 1996 created the Ruskin Library, Lancaster University (right), using materials and composition to make reference to both the Victorian art critic and patron's beloved 'St Marks' in Venice and his own belief that architecture was more than mere building and also, what he considered to be his finest work, the accommodation blocks of Burrell's Field for Trinity College, Cambridge : 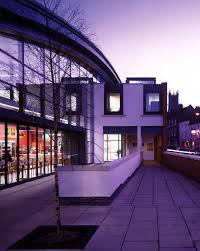 * designed the 1997 Tescos Ludlow supermarket appropriate to the town's scale and brick heritage with its undulating roof echoing the surrounding hills and an interior with natural rather than artificial light and calculated to enhance the shopper's experience. 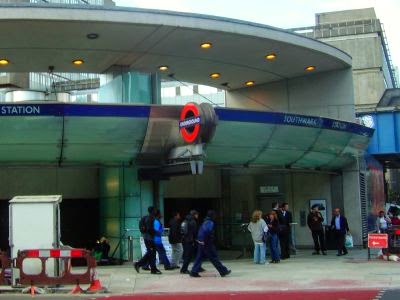 * in 1999 at the age of 61, created one of London's Underground and the Jubilee Line's most memorable stations in Southwark, making journeys a more pleasurable experience welcoming commuters with the sweeping arc of a bright blue atrium, topped with a flying saucer lantern, in a nod to Charles Holden's earlier station designs.

* in 2000 designed the Wellcome Wing in the Science Museum and was commissioned to design the new Egton Wing of BBC Broadcasting House, but after battles over his plans for the newsroom and 300 changes to his design,complained of "insufferable contempt" and a "dumbing down" of his scheme, warned it would become "no better than a speculative office building" and was sacked in 2005, five years into the project, in what the BBC described as an 'exceptionally painful' break-up.

* in 2009 took part in 'Andrea Palladio: Through the eyes of Contemporary Architects' at the Royal Academy of Arts and said "Practising architects can have a relationship with history which is a kind of relationship in which you effect a transfer of historical ideas into a modern language and modern architectural language. In other words, you get beyond questions of style, you get into much deeper kinds of question and that interests me enormously."

* earlier this year published 'Two Houses in Spitalfields', the story of his life entwined with his late partner of 30 years, the author Jocasta Innes. http://spitalfieldslife.com/2014/06/10/two-houses-in-spitalfields/ 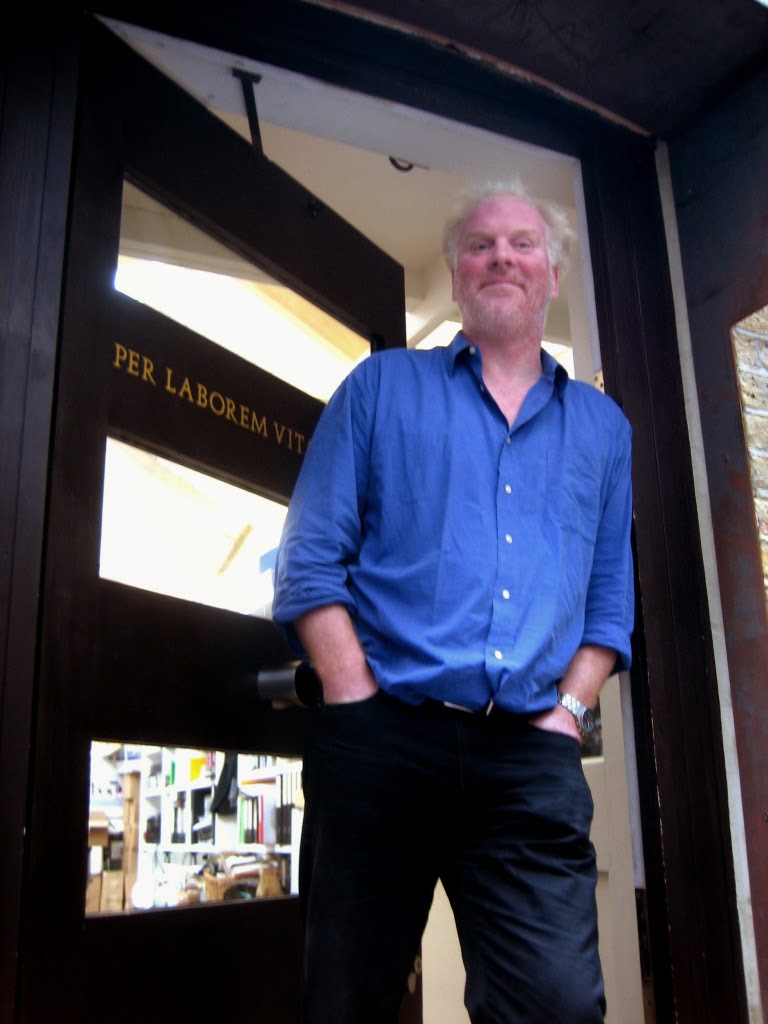 * received tribute after his death from Chris Dyson, founder of Chris Dyson Architects with :

‘He was a giant in terms of his architecture. An inspirational figure in many respects, who always ploughed his own furrow, with great energy and enthusiasm.'

* was recorded by his partner Jocasta in 1997 as : " I'd say he was a person of highly developed sensibilities. If he sees a building that knocks him out, tears come come to his eyes. When he came back from the new British Library and started telling me about it, tears wee poring down his cheeks. I thought it was amazingly touching."