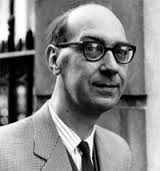 Poets' Corner became established at Westminster Abbey after Geoffrey Chaucer's remains were
interred in a tomb there in 1556.

On 2 December 2016, a floor stone dedicated to Philip will be unveiled in the 'Corner' on the anniversary of his death 31 years before in 1985. He will finally take his place alongside Britain's other best loved poet's and between Ted Hughes and Rupert Brooke.

The decision to honour him was made by the Dean of Westminster, the Very Rev Dr John Hall who said : "Philip Larkin is one of the great poets of the 20th Century in English and it's been pressed on me by a number of his colleagues and friends that it's the right time to memorialise him." 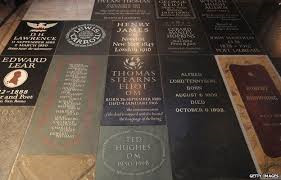 Philip, who was born in Coventry in 1922, studied at Oxford University and had his first poems published when he was 18 in 1940. He took up the position of librarian at the University of Hull in 1955 and, in the same year, published his acclaimed collection, 'The Less Deceived'. His last collection, 'High Windows' was published when he was 52 in 1974.
In December 1984, a year before his death from cancer, he was offered the chance to succeed Sir John Betjeman as 'Poet Laureate' but declined, being unwilling to accept the post's high public profile.

Professor Edwin Dawes, who chairs the , said that he was quoted more frequently than those of any of his twentieth poetic contemporaries and said : "The memorialisation of Philip Larkin in Poets' Corner will be warmly welcomed by his many admirers in all walks of life. We are delighted that in 2016 Larkin will take his place at the very cultural heart of the nation, in Westminster Abbey amongst Britain's greatest writers."

So why has it taken so long for Philip to be recognised in the Corner ?
The answer resides in the posthumous publication of his letters in 1992, followed by a 1993 biography by Andrew Motion, which caused controversy and led to accusations that he was racially prejudiced, bigoted and misogynistic.

They revealed that he, for example  :

* was strongly against the award of Arts Council grants to 'wogs like Salmagundi or whatever his name is'.

* suggested :
'Prison for strikers,
Bring back the cat,
Kick out the niggers,
How about that?'

* thought of Hull : 'God, what a hole, what witless crapulous people, delivered over gagged and bound to TV, motoring and Mackeson's stout . . . Hull is a frightful dump.'

* observed : 'The lower-class bastards can no more stop going on strike now than a laboratory rat with an electrode in its brain can stop jumping on a switch to give itself an orgasm.'

* in 1978, wrote to Robert Conquest: 'We don’t go to Test matches now, too many fucking niggers about.'

*  commented : 'I find the “state of the nation” quite terrifying. In 10 years’ time we shall all be cowering under our beds as hordes of blacks steal anything they can lay their hands on.'

But of course, he had written :