Britain is no longer a country for and says "Farewell" to its scarce old, church minister-clown, Roly Bain

Roly, who led a unique existence in the Anglican Church as a full time and professional clown and 'Fool for Christ' has died at the age of 62.

David 'Roualeyn' Findlater Bain, whose name was taken from a distant ancestor who killed lions, was born in 1954, one triplet son of journalists Romany Bain and Richard Findlater, born Kenneth Bain, who was the Arts Editor for The Observer, who had published 'Grimaldi : King of Clowns' in 1955 and 'Michael Redgrave, Mask or Face' three years later.

His Grandfather, on his mother's side,who died eleven years before he was born, was the Reverend George Bramwell, a minister of the Methodist Church. George's mother was a true gypsy, born in a caravan or ‘vardo’ in Romani and he became a national figure in the 1930′s and 40′s broadcasts on BBC Radio with his Children’s Hour in his ‘Out With Romany’wild life programmes. His young friends Muriel and Doris and his animals 'Raq' the dog and 'Comma' the horse accompanied him on his weekly outings

often centred on his vardo. It is not surprising that, with these antecedents, that Roly, at the age of eight, having read the biography of Coco the Clown, wrote in his school book that he 'wanted to be a clown in Bertram Mills Circus, make people happy, visit hospitals and do it for nothing.' It was 1962, the year in which his parents divorced.

Roly's mother was clearly the formative influence in his life. Before he was born, during the Second World War she joined the British Naval Service and was part of the team working on Ultra signal intelligence, which played a part in breaking the Enigma code. She was described by the actor Richard Burton as a "wild Welsh gypsy" after they were first introduced backstage after a performance of Henry V in Stratford-upon-Avon in 1951, when she was a young, aspiring  RADA trained actor. Motherhood put paid to her theatre career, the marriage wasn't happy and in 1957 she began an affair with Tommy Watt, a working-class Glaswegian, socialist musician, Ivor Novello-winning jazz composer and leader of London's most celebrated jazz big band. Roly and his two brothers were 8 before the divorce laws of the day allowed her to marry Tommy in 1962. 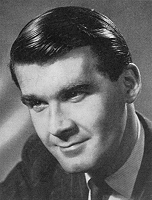 As Roly was growing up in the 1960s and 70s, his mother became one of the leading newspaper interviewers of her day who, when he was very young, had written humorous features about motherhood in the Express, the Daily Mail and the London Evening Standard and, having given birth to Roly and his two brothers as triplets, was an expert in the field. As Tommy's career faded, he stayed at home to look after the children when Roly was in his teens and his mother's career continued to flourish.

Having completed school Roly decided to continue his religious studies at Cuddesdon Theological College in the 1960s which he had not found easy, finding it 'the place you had to go to be a bishop, and there were a number of students there who definitely seemed to think they were bishop material.' It was here, however that his love of and interest in clowns returned as he recalled : "I had to preach one day, and I thought, 'I'll preach on the idea of Jesus as clown'. Jesus was challenging religious authority, and that's what clowns do. Look at the model of clowns in the circus, with the auguste, which is the idiot like me, and the white face clown, who always took themselves deadly seriously. The white face clowns are rather like religious leaders who take themselves far too seriously and will always get their comeuppance, and the auguste always wins. The Jesus we see in the gospels makes sure that the white faces – the Pharisees and Scribes, the hypocrites – get their comeuppance."

Roly's career in the Church of England began to follow a conventional route. He was ordained in Southwark Cathedral as a priest at the age of 24 in 1978. He said it was too painful to spell out 'Roualeyn' to the then bishop, the Rt Revd Mervyn Stockwood, even though it was his baptismal name and was therefore 'Roly The Priest' before he became 'Roly The Clown.'

The potential of clowning as a form of Christian communication had remained in his heart and in 1982 he helped found 'Holy Fools', a loose-knit network of those committed to clowning in ministry and worship. Then at the age of 36 in 1990, after a varied 12-year ministry in the diocese of Southwark, he resigned his living as Vicar of St Paul’s, Furzedown, in Tooting, and took his two small sons and wife to Bristol, where he had gained a place at Circus School, now called 'Circomedia,' He had been given leave by his bishop to train seriously as a clown and enter a full time 'clown ministry'.

He found the School taught him that there is no such thing as a mistake, just an opportunity and having graduated, he began his full-time career as a clown, he became the first full-time member of 'Holy Fools' and confirmed : “That is the only sort of clowning I do: getting across the Christian message to different audiences in different ways.”

In 2011 he said : "It's my way of being a priest. It's a bit like the clown being a jester, the truth teller. The one who's allowed to tell the truth and get away with it. I think if a clown's going to preach the gospel you must certainly do it as a clown would, so I use circus skills and old clown gags and, of course, humour. Humour's the best way of conveying truths of all and hope that people get the joke which is what coming to faith is."
https://www.youtube.com/watch?v=pBGPnr4LKmw&t=0m28s
"Faith can be enjoyable and there's lots of humour in the Bible, but actually it's quite profound. People think of clowns as superficial. They think of Christianity as just being nice, but neither of those is true. So you enter into the mysteries of faith with this very mysterious character called the clown." https://www.youtube.com/watch?v=pBGPnr4LKmw&t=1m07s

He often used his 'slack rope of faith' as a prop to combine humour, circus, pathos, slapstick and storytelling in order to amuse, challenge, move and teach his audience.

In his book 'Fools Rush in : A Call to Christian Clowning' in 1993, Roly laid out the philosophy which underpinned his clowning

'The clown embodies and offers a world where different rules apply, a world that has been turned upside down and inside out, a playful world where the only rules are the law of love. It’s a place where everybody wins and everybody loses, all at the same time. It’s the world where the first are last and the last first, so that when the first become last they become first again! But nobody’s counting, because everybody counts – everyone is important and each is loved. “Where there are places that angels fear to tread, the clown steps up as the eternal volunteer, saying “Here am I, send me" for nothing is too fearful or too sacred or too much for him. Clowns are both fools and angels.'

In his 26 years as a clown Roly worked all over Britain in schools, prisons, hospitals, as well as the great cathedrals including Canterbury. He worked throughout Europe, as well as at international events in the USA, Canada and Australia. He appeared on TV and radio, and was featured in the press. By 2006 he was travelling 38,000 miles a year and his tally of custard pieing bishops stood at nine and was ultimately ten. He was proud of this fact, as “not taking oneself too seriously” is a cardinal rule of a clown.

His talent secured him awards :  Clowns International 'Clown of the Year 1994' and 'Slapstick Award 1999', the 'Clown Impact Award' from USA in 2001 and the 'Barbara Miler Award for Precision, Attack and Timing' in 2010. In addition, in 2003 he was invited to become a member of the College of Evangelists.

Roly, who described his character as “quiet and private” said that it was unusual to find a clown who played the fool in his or her private life. “A clown needs depth.”

He also once said :

"Clowns are about comedy and tragedy, death and resurrection and you can't have one without the other. That's where you get the profundity of clowns. They are mirrors of mankind." 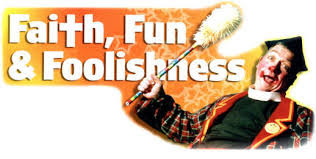