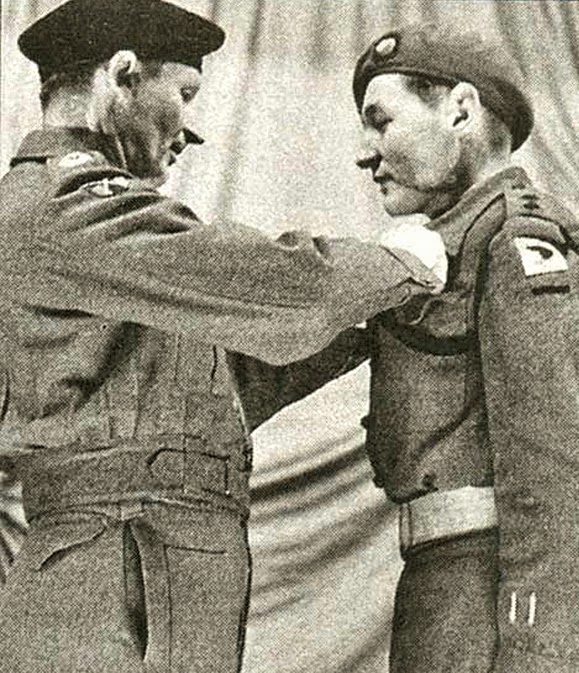 Edwin Bramall, who is 92 years old, was twenty when he was commissioned as a second lieutenant in the King's Royal Rifle Corps in 1943 during the Second World War and twenty-one when he took part in the Normandy landings a year later and went on to serve with his of his regiment in Northwest Europe during the later stages of the War. In March 1945 he received the Military Cross from Field Marshal Bernard Montgomery for his 'act or acts of exemplary gallantry during active operations against the enemy on land.' 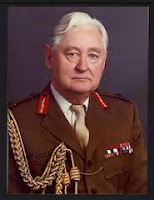 In his post-war army career he served in the occupation of Japan from 1946, was promoted to 'captain' in 1950, 'major' in 1957 and went on to be Commander-in-Chief, UK Land Forces in 1976, was promoted to Field Marshal and appointed Chief of the Defence Staff in 1983 before retirement in 1985. He was was created a life peer as Baron Bramall of Bushfield in the County of Hampshire in 1987 and spoke out in the House of Lords against the involvement of the United Kingdom in the Second Iraq War warning that "unlike naked aggression, terrorism cannot be defeated by massive military means" but by "competent protection and positive diplomacy".

On November 14 2014, Scotland Yard launched 'Operation Midland' to examine claims made by a sole complainant called 'Nick', into an alleged VIP paedophile ring. A month later the Met Police announced three possible murders being investigated and appealed for information about events at the Dolphin Square in London. Detective Superintendent Kenny McDonald described Nick’s claims as “credible and true.”

Edwin's life and that of his wife changed dramatically for the worse on March 4, 2015 when 20 'Operation Midland' officers interrupted their breakfast and spent 10 hours searching their home. Edwin's wife of 66 years, Dorothy, was suffering from Alzheimer’s Disease and was frightened an confused and kept on saying : “What are they doing here?” and “Have I done something wrong?" Edwin did his best to reassure his wife, taking her from room to room, comforting her.

Details of the search were subsequently leaked to now-discredited news website 'Exaro' and on April 30, Edwin was interviewed, under caution, about paedophile allegations against him at a local police station.

Dorothy died four months after the police raid at the age of 93. Then on September 22, 2015, Scotland Yard said it should never have described Nick’s untested claims as and 'credible and true' and on January 15, 2016, Edwin was told he faced no further action. Apparently, the police knew he was innocent from ‘very early on’ but continued to investigate him because they didn’t want to be accused of giving him ‘preferential treatment’. However, Sir Bernard Hogan-Howe, the Metropolitan Police Commissioner refused to give Edwin an apology for the trauma caused to him and his wife by the raid on their home based on the false paedophile allegations.

Now, at long last, 20 months after the raid, on Wednesday, Edwin received, in person, an apology from Hogan-Howe, who admitted his force was wrong to raid Edwin's home over those false allegations and also said that he was sorry for the length of time it took to drop the investigation into the alleged VIP paedophile ring,

Edwin, with great grace said : "As someone, among others, who has suffered great distress and whose reputation and integrity has been questioned as a result of the misguided Operation Midland, I am very pleased to have received this apology."

He has also said that : “I have never complained about their right to investigate me but about the stupid, inept, and possibly improper way they carried out the investigation” and has been less magnanimous when it came to the distress caused to Beverly and said :"It didn’t come into their consideration that my wife was dying."

Edwin said Sir Bernard had requested Wednesday’s meeting after being made aware of the 'tenor’ of the Henriques Report into 'Operation Midland' and said : "As I understand it Sir Richard Henriques in his independent report will severely criticise the Metropolitan police although I have not seen that report.” In fact sources have suggested it will condemn Operation Midland as 'more or less a disaster'.

Edwin has said that he believes it was the pressure placed on the Home Office and the police by the Jimmy Savile scandal which produced a witch-hunt culture, "in which child abuse, particularly historic child abuse came to be dealt with entirely differently to other criminal offences" and added : "However, the police, more concerned with their own public relations, should not have succumbed to that pressure." He said : "I hope that Sir Richard’s Report will ensure that in future totally innocent people are not allowed to suffer in the way I and my family, as well as many others, have been forced to do."

He said it was now important police took onboard the lessons of Operation Midland. It is vital, he said, that in seeking to ensure “genuine victims” of child abuse “obtain speedy justice” that police are not allowed “to cast aside the basic principals of justice itself”.

How ironical that Edwin, who fought with valour and earned his Military Cross fighting against the injustice exercised by Britain's enemies in the Second World War, should himself fall victim to the injustice wrought upon him by his own Police Force in Britain seventy years later. 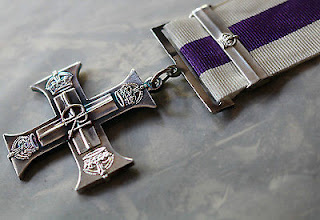 Labels: No country for Edwin Bramall