Britain says "Farewell" to a old rock musician called Greg Lake, but not "Goodbye" to his musical belief in Father Christmas

Baby boomer Greg Lake, who has died at the age of 69, was born in November 1947 in the Oakdale suburb of Poole in Dorset, a couple of miles from the sea at Poole Harbour. His father, an engineer and mother, a housewife, must have been "bombed out" during the War, since the family lived in a prefabricated house made from asbestos sheets. It was a time of post-War austerity. He described his family "poor", but Christmas was a time when he and the other kids went from door to door singing carols and receiving copper coins, nuts and oranges in return. The small wood with pine trees, opposite his prefab, provided fir cones to be burnt on the fire along with the coal in winter and also the Christmas Tree for the living room  Most of the prefabs contained young families and, as he was growing up. there were lot of kids, the product, like him, of parents postponing their decisions to have children during the War.

Having failed the 11+ exam in 1957 he attended Poole High School which had been opened 16 years earlier and was effectively two separate schools, with the girls on the eastern side and the boys on the west, separated by a quadrangle in the centre of the main school building. He was in the second year at school when his Mum gave him his first guitar in 1959 and paid for him to have guitar lessons with a local guitar teacher, Don Strike. Through Don, he met and became friendly with fellow pupil, Robert Fripp who was a year older than Greg, had started lessons at 11, played rock and then moved on to traditional jazz at 13 and modern jazz at 15.

Greg's lessons with Don only lasted a year because he was anxious to learn songs by 'The Shadows' but Don "wouldn't have any of it." His early idols included Elvis Presley, the jazz guitarist Django Reinhardt and Hank Marvin of the Shadows, but he was also fascinated by classical composers including Copland and Prokofiev. He later reflected : "I was really lucky to start playing very young, and, of course, by the time I was 16 years old, people would say, “He’s really talented, he’s great!” But I wasn’t. It was just that I started early so I was really good, even when I was 15 years old."

He left school at the age of 16 in 1963 and recalled : “I was working as a draughtsman for a firm in Dorchester, but because I was also performing in the evenings with a rock group, I kept falling asleep over my desk.” In fact, he passed through a succession of groups, including a local quartet called 'Unit Four', in which he played guitar and sang followed by 'Time Checks', 'The Shame' and 'The Gods' with whom he first worked as a songwriter. Having left 'The Gods' he was approached by Robert Fripp in 1969 who invited him to join 'King Crimson'.

He left after just a year with 'King Crimson' and was then approached by keyboard player Keith Emerson, who was in the process of putting together a new group after three years with his current band, 'The Nice'. He saw in Greg, its voice, and the two of them recruited drummer Carl Palmer and formed progressive rock's first supergroup, 'Emerson, Lake & Palmer', which was a success from its self-titled first album, released in 1970, which closed with Greg's old song, "Lucky Man." https://www.youtube.com/watch?v=unY5MPs1MvU&t=0m25s 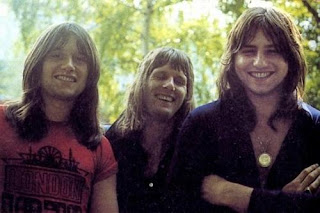 In August 1975, at the age of 27, he started work solo on what became 'I believe in Father Christmas' and for inspiration he was back in the bungalow in Oakdale he'd lived in twenty years before : "For me as a child, it was the visual image of peace on earth and goodwill toward men. It was the symbol of generosity and feeling good and all those things. And that's what I think Christmas is all about." 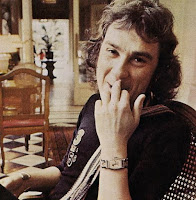 Greg worked on the song with lyricist Pete Sinfield and it was Pete who came up with the last line and recalled ; "And then I twisted the whole thing, with the last line, 'The Christmas you get, you deserve,' which was a play on 'The government you get, you deserve.' I didn't necessarily explain all the politics or the thoughts behind it. It's not anti-religious. It's a humanist thing, I suppose. It's not an atheist Christmas song, as some have said."

Greg summed up when he said : "I wrote the original theme and melody for the Christmas song and collaborated with Pete Sinfield writing the lyrics. Keith really took care of the arrangement by adding the Prokofiev and I produced the record adding orchestra and choir." 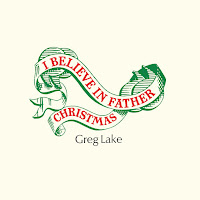