Britain is a country where an old Football Association Chairman called Greg Dyke, thinks the FA should no longer have its policy decided by a Council of old, white men

The 67 year old Greg Dyke, was, until 2015, the Chairman of the FA’s Board and its Council, the sprawling body that contains 120 representatives from the professional and amateur ranks of the game and helps decide major policy issues for the organisation.

Greg Dyke told the BBC Radio 4 Today Programme, this morning, that he stood down as Chairman because : "I was white male and ageing and I decided that ought to be changed and the reason I left the FA after three years as Chairman last year was because I could not get that change through. It was impossible. I mean, you cannot have a Council, in this day and age, where only 4 out 120 are from ethnic minority, only 6 are women. It doesn't make any sense... I think the staff at the FA do a pretty good job in difficult circumstances, but I think they almost get depressed by the governance system. You go along to one of these Council meetings. it's like walking into 1952. It bears no resemblance to Britain today."
http://www.bbc.co.uk/sport/football/38286819

One of the old men who sat on the Council in when Greg was Chairman in 2014, 89 year old Frank, Hannah who represented Manchester's FA, said that he believed things were changing and the issue needed to be addressed at County FA level where members were elected to sit on the Council. "It's out of Mr Dyke's control to be quite truthful," he told BBC Sport. "Each county FA elects its own representative and the people who are there are there because they have been voted for. It is changing and there are more women involved. I think Mr Dyke was expressing his own opinion."

What Frank meant was that those who had the power to bring change and elect young men or women. possibly from an ethnic minority background, to represent them on the Council would be, for example, from the Cornwall FA : 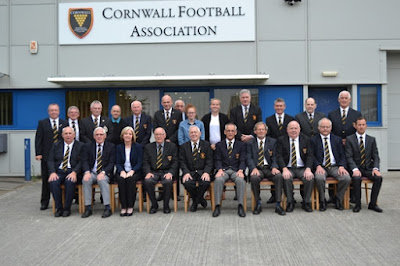 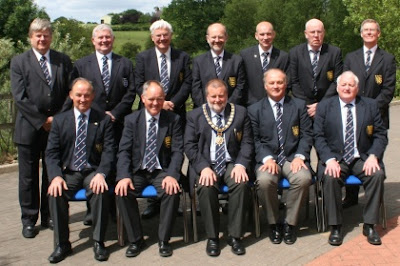 That being the case, it would be safe to assume that the FA Council will remain locked into the year 1952 for a good few years yet.