Page views : 1,532
On the BBC Radio 4 'Soul Music' today the focus was on 'Waterloo Sunset' which the 23 year old Ray Davies wrote 50 years ago this year. The programme was narrated by musicologist, Professor Allan Moore, the Professor of Popular Music in the School of Arts at the University of Surrey who "takes songs apart to work out how they work and put them back together again."

Independent from the programme, last year Ray revealed : "Waterloo is a part of London that has always had a lot of significance for me. When I was a kid, my father took me there to see the 1951 Festival of Britain. As we looked at the Skylon Tower, he said: “I think that’s meant to be the future." Then, when I was 13, I had a bad injury and my ward in St Thomas’ hospital overlooked the river and Parliament. It’s a very vivid memory. Also, as a student at Croydon College of Art, I used to change trains at Waterloo. There was a romantic element too : as a teenager, I used to walk along Waterloo Bridge with my girlfriend." 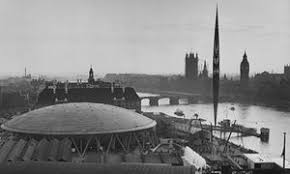 "Although I’m an observer in the song, in many ways it is about me. I’d had a breakdown and, though I wasn’t a gibbering wreck, I was feeling vulnerable. The river is depicted as a protective force. I didn’t show the lyrics to the band in case they sniggered. Instead, I played it to my niece Jackie and sister Rosie and, when I told them I didn’t want it to be released as a single, they seemed to understand."

"I carried these thoughts around in my head for years, then suddenly the song popped out. The tune and the lyrics came together very quickly, almost like the song was writing me, not the other way round. I come from a large family and my sisters’ generation – the one before mine – were expected to get married, work in factories or do menial work. They weren’t supposed to excel as individuals, so I wrote the song for them."

" Of course, everyone thought “Terry and Julie” was a reference to Terry Stamp and Julie Christie, since they were immensely famous because of Far from the Madding Crowd. But actually, the image I had in my mind was of my sister and her boyfriend walking into the future. I do have a nephew called Terry, but his nickhame is Todger and he emigrated to Australia."

In the programme Allan dissected the song's clever construction : "The melody starts with a very simple idea, which is then repeated lower and then repeated lower again and the harmonies that he puts too, are very simple. They're the bedrock of centuries of popular song. We hear that twice. Then we hear a contrasting idea that's very different in tone. It's much higher. It's much slower. The key about both those ideas is that they draw you in." "The emphasis in terms of the lyrics, is not in the beginning of the line, but somewhere towards the end. 'Dirty old river' is not sung as "Dirty old river", but "Dirty old River flowing in to the Night. People so Busy, make me feel Dizzy." The emphasis is, in terms of the lyrics, is always on the end of an idea. So you're being thrust forward into the song, rather than simply being allowed to take it or leave it. I think you'd probably take it."
https://www.youtube.com/watch?v=YpL4xbfmXlQ&t=0m08s 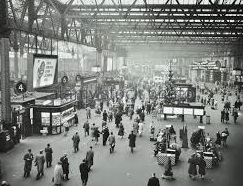 Allan made the point that the song was the first song Ray had sole control over. It was his conception and "right the way through there are certain little things which would be due to him, mostly with the stereo. You would expect to hear the singer in the middle of the stereo. If you listen to this Ray Davis isn't in the centre, he's off to the right which is absolutely correct for he is not the central figure. He's positioned himself off to the right, so that he's merely narrating and I think that's a beautiful touch."
http://www.bbc.co.uk/programmes/b08q6181

Allan has also said :
"It is quiet special in the history of popular music, certainly in history at that particular point because it does something that no other song at the time really manages to capture : it turns the most ordinary events into something quiet wonderful.... " As long as I gaze on Waterloo sunset I am in paradise." But he sings the word "paradise" which is normally set to a very bright tone or a very high end register, it's right at the bottom of his range where it gets a little bit rough. The way he sings "paradise" is symptomatic of the way the whole song works, that something that's very ordinary : a "dirty old river," "Waterloo Station," that low part of his voice, is made to seem magical. But it's so understated, it's almost typically English in that understatement and I think of it as a mixture between the mundane, which is what the song is all about : a very ordinary melody and the ecstatic."
https://www.youtube.com/watch?v=07DRgxYB_Os
http://www.bbc.co.uk/programmes/p052zkzn 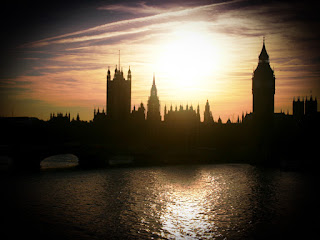 " The song is about how innocence will prevail over adversity. It starts out delicate, but by the end has become awesome in its power. Those triumphant chords come in – and the angels tell you everything is going to be OK."

Dirty old river, must you keep rolling
Flowing into the night
People so busy, makes me feel dizzy
Taxi light shines so bright
But I don't need no friends
As long as I gaze on Waterloo sunset
I am in paradise

Every day I look at the world from my window
But chilly, chilly is the evening time
Waterloo sunset's fine

Terry meets Julie, Waterloo Station
Every Friday night
But I am so lazy, don't want to wander
I stay at home at night
But I don't feel afraid
As long as I gaze on Waterloo sunset
I am in paradise

Every day I look at the world from my window
But chilly, chilly is the evening time
Waterloo sunset's fine