Britain is no longer a country for and says "Farewell" and "Thank You" to the unsung hero and Father of 'Infection Prevention Control', Professor Graham Ayliffe 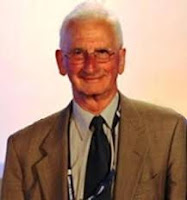 Graham, who has died at the age of 91 will long be remembered for the 'Ayliffe Technique,' a six step hand-washing technique he helped to formulate in the 1960s to reduce the spread of infection, adopted by hospitals throughout Britain and endorsed by the World Health Organisation in 2009. Yet his death has passed without obituary in either the 'Times', 'Telegraph' or 'Guardian' newspapers.
It is impossible to verify how many lives have been saved as a result of its implementation, but it is probably safe to assume that that the figure runs into hundreds of thousands.

He was born the son of Winifred and Arthur in the small village of Hambrook in Gloucestershire in 1926 and between the age of 11 and 18 was educated at Queen Elizabeth's Hospital School. an independent school for boys in Clifton, Bristol. Founded in 1586 it was situated in the centre of town with a Charter granted by Queen Elizabeth I in 1590 when it was specifically charged with 'the education of poor children and orphans.

In fact, the school had nothing to do with medicine, with the term 'hospital' used to denote a charitable institution for the needy scholars who wore poor, blue coat uniforms.


After leaving school he joined the Royal Navy in 1945 and did a three year stint serving as a sick berth attendant and medical lab technician. It was his first taste of the world of medicine and was probably on board ship that his interest in the spread and prevention of infection was first ignited.

He took his initial step towards building a medical career when he graduated from Bristol University with a BSc degree in 1951 and then built his qualifications incrementally, with Bachelor of Medicine and Bachelor of Surgery degrees in 1954. Armed with these he gained his first medical appointment as a Tutor in Clinical Pathology under Professor William Gillespie at Bristol Royal Infirmary Hospital where he worked for three years before moving to London.

Fifty years later, Graham would reflect on hospital practice in these years : "Initially, I was involved at Bristol in the mid-1950s with William Gillespie on the control of wound outbreaks and although isolation was well accepted at this stage, we were concerned with preventing infection in wards where no isolation was possible. Topical antiseptics and antibiotics, such as neomycin and chlorhexidine, were applied to noses and wounds, plus some environmental improvements, such as sterilization of blankets, etc. We found in those days that a single measure by itself was very unlikely to be successful; also if you removed an infected patient from the open ward, the outbreak tended to go away. But by 1960, although we had some measure of control, this was a period of disenchantment with antibiotics, and in those days only these highly toxic antibiotics (vancomycin and ristocetin) were available to treat these highly resistant strains. "

He indicated his 'disenchantment' when he recalled : "When I was a house surgeon in the mid-1950s, penicillin and streptomycin were widely given for surgical infections. I wonder whether this combination was really very effective, as it has been shown in recent years that Bacteroides is one of the main causative organisms of surgical infections and is usually resistant to both antibiotics." 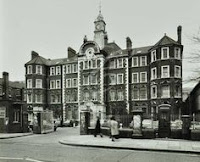 Graham worked as a Research Assistant at the Postgraduate Medical School in London and under Professor Mary Barber in the Department of Bacteriology at Hammersmith Hospital for five years until 1964, having qualified as a Doctor of medicine in '63 and before his move to the Midlands, where he would do his influential work in infection. Working with Mary had a formative influence on him : "Superbugs have long been a cause of hospital infection. Hospital gangrene, pyaemia and erysipelas caused by haemolytic streptococci and Staph. aureus were responsible for many hospital outbreaks in the nineteenth century and had a high mortality. When penicillin came along we thought this was the end of staphylococcus as an important cause of hospital infection, but resistant strains soon appeared and Mary Barber described them at the Hammersmith Hospital, London, in the 1940s." 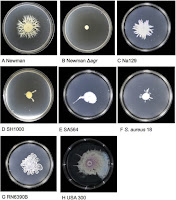 In 2006 he recalled : "In about 1957 Mary Barber was perhaps the first person in the country to introduce an antibiotic policy for most of the hospital. In this policy she reduced, or tried to eliminate, the use of penicillin apart from a few conditions such as endocarditis, to reduce the use of antibiotics as much as possible, and to give all antibiotics in combination. This was actually followed by a reduction in the numbers of penicillin-resistant strains of Staphylococcus aureus isolated. She mainly used erythromycin and novobiocin as a combination therapy, and resistance didn’t emerge for a while, but gradually, over the years, it did. When methicillin appeared this policy was no longer needed. But she still had a written policy which she enforced with a hand of 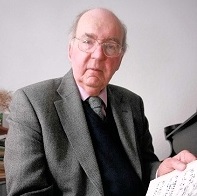 Between the ages of 38 and 54 he worked as Consultant Microbiologist at the Hospital Infection Research Laboratory (HIRL) at the City Hospital, Birmingham in the team led by the extraordinary pathologist, clinician and poet, Professor Edward Lowbury. It was funded by the Medical Research Council and Regional Health Authority. He recalled that Lowbury "was working on burns patients in Birmingham. He found in the 1950s that resistance emerged rapidly to tetracycline, erythromycin and ovobiocin and there was really little else left at that time for treating staphylococcal infections. The use of combinations only delayed the onset of resistance."

Under Lowbury he contributed to one of the first large 'prevelance survey of hospital infection' involving 30 hospitals in the West Midlands, undertook a detailed assessment of an isolation ward in the prevention of the spread of staphylococal infection and explored the necessity of hand hygiene, the emergence of antibiotic resistance and surgical site infection. He also helped to report an extensive UK outbreak of severe eye infection traced to traditional, but wholly inadequate, guidelines for the preservation and management of opthalmic products,

Working with Babb and Quoraishi, pronounced as a 'C', he developed  the six step hand-washing technique, known as the 'Ayliffe Technique' which was soon adopted by hospitals throughout Britain. He said that it evolved when it became evident that parts of the hands were being missed, particularly the thumbs and fingernails. One of his students had long thumbs and it was proving difficult to clean effectively, which is why the Technique included the action to rub the thumbs separately. With self-deprecating modesty, Graham said it just happened his name began with 'A' and that he was just one of three practitioners, 'A', 'B' and 'C', who invented the technique. 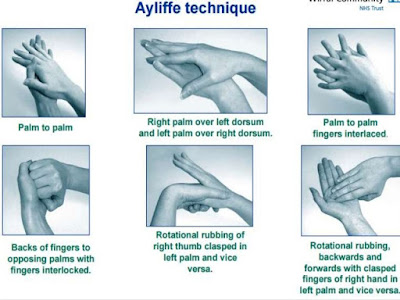 With Lowbury, in 1975, he published 'Control of Hospital Infection : A Practical Handbook' and after Lowbury's retirement, he crowned his career as Director of HIRL and Professor of Medical Microbiology at Birmingham University's School of Medicine for eight years until 1989. He developed a practical course for medical students and focussed his own research interests on the control of MRSA, biological safety and endoscope decontamination.

In 1980 he became a founder member of the 'Hospital Infection Society', now 'Healthcare Infection Society' and chaired its Committee and edited its journal for its first four years and served as its President for six years until 1994.

In the last phase of his career, Graham worked as a consultant for the World Health Organisation until the age of 75 in 2001 and for the rest of his life was recognised Emeritus Professor in Medical Microbiology, University of Birmingham. In 2003, with Mary English, he published 'Hospital Infection: From Miasmas to MRSA', a wide-ranging survey of the long ­history of hospital-acquired infections and the battle against them which proved timely when the spread of "superbugs" was posing problems on a worldwide scale. Its contribution to the subject was recognised in 2004 when the Society of Authors and Royal Society of Medicine gave it the Award for the 'Best New Medical History Book.' 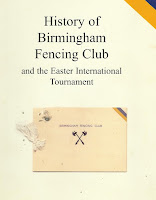 In 2004, Graham, a past winner of the Men's Epee at Birmingham Fencing Club, celebrated over 100 years of the Club and 70 years of the Tournament with the publication of a book detailing the history.

At the age of 87, he had the pleasure of seeing the 'Graham Ayliffe Training Fellowship' established in 2013. Its purpose is to enable trainees currently working in the field of infection prevention and control to take a one year paid leave of absence to pursue their specialist area by broadening their knowledge base and imparting that knowledge to the wider scientific community. 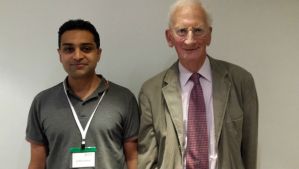 In life, wittingly or unwittingly, Graham had lived up to the motto of his old school, Queen Elizabeth's Hospital :