Prince Philip, the Duke of Edinburgh, who will be 96 next month, has decided to retire in August and Britain will be a lesser country in losing the man who has dutifully walked behind the Queen for the last 70 years and has liberally spiced his public engagements in Britain with comments which have been the personification of both wit and wisdom. Over the years he has plenty of opportunity to do this and last year alone, he carried out 110 days of engagements, making him the fifth busiest member of the Royal Family.

When he was a young man in 1956 he said : "It is my invariable custom to say something flattering to begin with so that I shall be excused if by any chance I put my foot in it later on."

* to a driving instructor in 1995 :
"How do you keep the natives off the booze long enough to pass the test?"

* controversially in 1999 in Edinburgh, when he saw an untidy fuse box during a tour of a factory : "It looks as though it was put in by an Indian." and later backtracked with :
“I meant to say cowboys.” 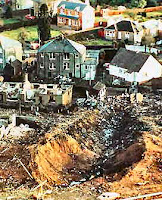 * at a Scottish fish farm:
“Oh! You’re the people ruining the rivers.”

* to Simon Kelner, republican editor of 'The Independent', at Windsor Castle reception:
“What are you doing here?”
“I was invited, sir.”
"Well, you didn't need to come." 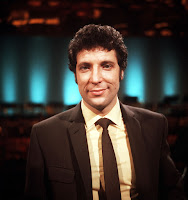 * about Tom Jones in 1969:
“It’s difficult to see how it’s possible to become immensely valuable by singing what are the most hideous songs.”

* on how difficult it is in Britain to get rich:
“What about Tom Jones? He’s made a million and he’s a bloody awful singer.”

* about stress counselling for servicemen in 1995:
“We didn’t have counsellors rushing around every time somebody let off a gun. You just got on with it!”

* to black politician, Lord Taylor of Warwick, 1999:
“And what exotic part of the world do you come from?”

* to Susan Edwards, blind and wheelchair-bound and her guide dog in 2002:
“They have eating dogs for the anorexic now.”

* in 2013, opening a unit at Luton and Dunstable Hospital, told a Filipino nurse that her country "must be half empty – you're all here running the National Health Service."
http://www.bbc.co.uk/news/uk-england-beds-bucks-herts-21519917

* to the Aircraft Research Association in 2002:
“If you travel as much as we do, you appreciate the improvements in aircraft design of less noise and more comfort – provided you don’t travel in something called economy class, which sounds ghastly.”

* at Duke of Edinburgh Awards scheme, 2006 :
“Young people are the same as they always were. Just as ignorant.”

* to a group of deaf youngsters and referring to a school's steel band :
"Deaf? If you are near there, no wonder you are deaf."

* at Hertfordshire University in 2003: