Britain is no Kingdom for an old Prince called Charles Windsor 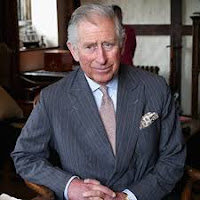 Queen Elizabeth II was born in 1926, is 91 years old and has been Queen of the United Kingdom, Canada, Australia, and New Zealand since 6 February 1952.

Her eldest son Charles will be 69 years old in November and is, and has been, the 'heir apparent' of his Mother, the Queen for 65 years, which makes him the longest-serving heir apparent in British history.

It is no secret that Charles would like to be 'Prince Regent.' standing in for his mother as a prelude to being crowned as 'King Charles III' on her death, but, apparently, she has no intention of stepping aside for him and insists, according to sources close to her, it it is : “Duty first, nation first, I’m going to be there.” Claims that she will request that the Regency Act be implemented have been dismissed. Palace officials have not commented, but refer to the Queen’s pledge on her 21st birthday when she said : “I declare . . . that my whole life, whether it be long or short, shall be devoted to your service.”

Britain’s last regency was from 1811 to 1820, when George III could not carry out his duties as King because of his brain condition, porphyria, and his dissolute son, George, ruled in his place.

Under the 1937 Regency Act, the monarch can cede power to the heir apparent 'in the event of incapacity of the Sovereign through illness, and for the performance of certain royal functions in the name and on behalf of the Sovereign in certain other events.'

Britain in 2017 : a country where an old Prince awaits to inherit a position he will neither earn nor necessarily desire, from an old Queen who is determined to hold on to a position she neither earned nor necessarily desired, but inherited from a father, George VI, who most certainly did not want to inherit, from his errant brother, Edward VIII, who was debarred from the throne by his devotion to a divorced, American commoner.

On top of all that, a recent ICM poll has revealed that 51% of people don't want Charles to be King anyway, and want his son, Prince William, to take over the position he will neither earn nor necessarily desires.

Labels: No country for Prince Charles