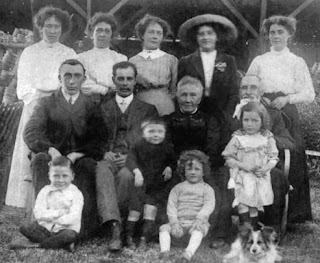 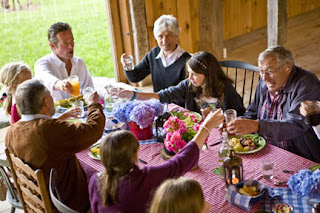 An article in the 'Daily Mail' today was entitled :

It was based on a study called 'Changing Times'  by Ancestry.co.uk and made the following points, that :


*  the crippling cost of living  means that 517,000 households have grandparents, parents and children living under the same roof, a rise of 7% in the past 5 years reaching levels last seen in Victorian times.


* the increase has been largely driven by a shortage of affordable housing, leading to multiple generations being forced to move back in with each other.


* Miriam Silverman, of Ancestry.co.uk, said:
‘The report tells us  how the boom that came with the Industrial Revolution led to some quite severe overcrowding – just as we are experiencing today.
It’s interesting to see how a property boom driven by economic growth can price millions out of the market, whether in industrial Manchester in the 1800s, or the suburbs of London today.’

Labels: Three generations under one roof