Britain is a country where more and more old men, too poor to retire, are forced to work longer and longer 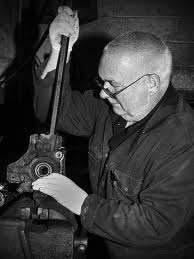 An article in the 'Daily Mail' newspaper was entitled :
Grey jobs boom: How over 65s are filling a third of new positions because they are too poor to retire.


It made the following points, that :

* nearly 33% of new jobs created over the past year went to workers aged 65 and over because more and more old men and women find themselves too poor to retire.

* the number of people aged 65 and over who are working will more than double in just five years and Dr Ros Altmann, 'Director General' of Saga, expects at least an extra million to join the pensioner workforce.

* soaring numbers of old people will look at their financial situation, see paltry pensions, no savings and too much debt and decide to carry on working.

* one in three people who were planning to retire this year have scrapped their plans due to a chronic lack of money, according to research by the 'Prudential' and many admit they simply cannot afford to retire and expect to work until the age of 70 despite having planned to retire at 62.

* with a growing pensioner poverty crisis, the Government has cleared the decks to allow people to work for as long as they like and rules allowing a boss to force workers to leave when they reached the age of 65 have been scrapped, meaninng workers can stay in their job for as long as they like, unless they are proved to be incompetent.