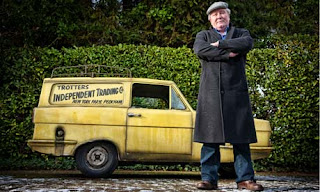 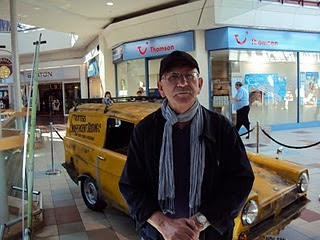 John Sullivan, the writer of the wonderful British sitcoms : 'Only Fools and Horses', 'Citizen Smith' and 'Just Good Friends', has died at the age of 64.

I featured him in a posting last September :

John and I both had a few things in common :

* we both had the same first name and came from working class roots, me from Deptford in the South East London and him from Balham in the South West.

* his father was a plumber, mine was a saw-doctor in a timber mill and his mother worked occasionally worked as a charlady and mine had a job in a small grocery shop.

* we both failed our exam for grammar school at the age of 11.

From there, the similarities disappear, for John :

* left school at 15 with no qualifications.

* had his first job as a messenger boy for 'Reuters' and worked in a variety of low-paid jobs for the next 15 years.

* was working in the B.B.C. 'Props Department' when he approached a tv producer with a script about a young Marxist, which led to the series 'Citizen Smith' which ran 1977-80.

* submited the idea of a sit-com centred around a cockney market trader in working-class South London which became 'Only Fools and Horses' and ran from 1981-2003.

* incorporated much of the material for scripts from real-life experiences like :

* was paid a tibute by the Director General of the BBC who said that, he "had a unique gift for turning everyday life and characters we all know into unforgettable comedy."

* produced a final three-parter of 'Only Fools and Horses' in 1996, in which Del and Rodney discovered a watch worth £6 million which attracted more than 24 million viewers, the highest-ever audience for a British sitcom episode.

* saw some of his street slang and neologisms pass into the language, among them "dipstick", "wally", "plonker" and "twonk" (all mild terms of abuse), "cushty" (good) and "luvvly jubbly", an expression of enthusiasm which has found a place in the Oxford English Dictionary.

John talking about his work :
http://www.youtube.com/watch?v=1FYF9l3A-GI&feature=related 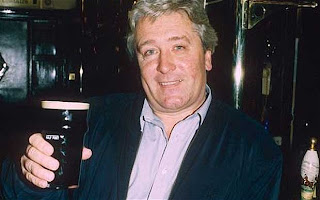