Britain is no longer a country for and says "Goodbye" to the old king of corporate branding, Wally Olins 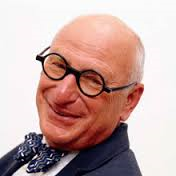 Wallace, who argued that company branding was much more than messaging and cosmetics but also culture, how the people behind the brand were organised and how they behaved, has died at the age of 83.

* born in London six years before the outbreak of the Second World War, the son of Rachel Muscovitch and Alfred Olins, themselves both born in London in 1896 whose parents had escaped to Britain from Russian pogroms against the Jews in the 1880's.

* was provided for by his father who developed a family road transport business and was looked after by a nanny in a home which was a 'cheerless establishment' and attended a Jewish kindergarten attached to the Synagogue where he remembered learning about the British Empire.

*  remembered family trips to Clacton and pre-War Paris and was briefly evacuated to an emergency school in Brighton in 1939 at the start of the German blitz bombing of London, then packed off to the Perse Boarding School (left) aged nine, possibly because of his mother's mental health problems which were having an impact on him, his parents' marriage and the family in general.

* went on to Highgate School, an independent school for boys, at the age of 13 in 1943, where Gerard Hoffnung and Anthony Howard were older boys, excelled in running and was left with an attachment to deference and hierarchy which stayed with him into early adulthood.

* despite feeling 'mismatched' to school, left to study History at St Peter's College, Oxford in 1948 and after graduating in the early 1950s, did National Service in the Army in Germany serving in the Royal Welsh Fusiliers followed by a commission in a tank regiment and had his first 'relationship' with the opposite sex with a German girl.

* was recorded talking about his, not particularly religious, Jewish childhood in an interview by Melanie Roberts in 2001 which remains locked away in the British Library archives and 'accessible for UK Higher Education and Further Education institutions only' : http://sounds.bl.uk/Arts-literature-and-performance/Art-photography-and-architecture/021M-C1015X0008XX-0100V0 and apparently and tantalisingly, because you might want to know more about what made Wally, 'Wally', covers his :

-  early discomfort with class consciousness in Britain.
-  conflict with and early alienation from Christian and Jewish religion and the effect this has had on his children
- 'recognition of insider/outsider issues and their relationship to his drives and ambitions' prompted when his father persuaded him to become a freemason.
-  thoughts about the culture of Jewishness.
- remembered how Jews fleeing to Palestine from Europe in the late 1940s reflected in anti-Semitism in Britain at the time.

. * left the Army and his experience of an attempted homosexual rape by an officer behind him and got his first job with the London advertising agency, S.H.Benson in 1957, soon after his marriage to Renate Steinert, who he'd met at Oxford and got an overseas posting, to Bombay, where after visiting three steel companies it became clear to him "that there must be some way of underlining a difference between an organisation apart from the way that it promotes itself – a way to communicate its personality that’s the experience that drew me towards corporate identity." 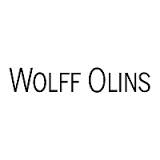 * returned to Britain in the early 60s and was dissatisfied with work in the advertising officer corps which he found "very superficial and cosmetic" and "didn't get to the heart of anything", until he met designer, Michael Wolff, who he once described "the most brilliant creative brain I ever met, and the most maddening human being" and with whom he started their brand consultancy, Wolff Olins, at the age of 35 in 1965. https://www.youtube.com/watch?v=8oPOfTe8ZhM

* worked with Michael for eighteen years, finding at first they “very much at the fringes, a bit like vegetarianism”, resented by traditional admen and misunderstood by the corporate world, before developing their poster organisation and stalking horse of the 'big brand movement' which became the market leader in its field. 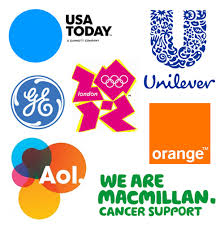 * from his first customer, Hadfield Paints, moved from designing identities for corporations in need of help projecting themselves to the outside world, to bigger companies with multiple subsidiaries, each of with its own identity, behaviour and relationship with the mother and became involved with what subsequently became known as ‘brand architecture’.

* said "one of the worst company names in the world is Volkswagen. it’s associated with the Third Reich and it’s difficult for anyone to pronounce correctly who cannot speak German – yet somehow 'VW' works. through decades of creative, intelligent communications and good products they have overcome their difficult to say and stigmatized name." 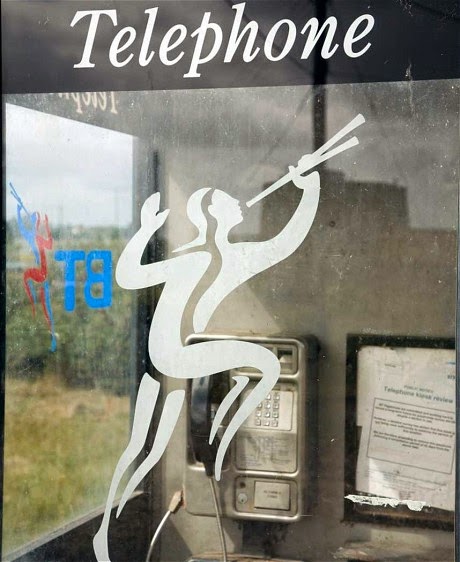 *  was responsible for persuading British Telecom in 1991, at an estimated cost of £50 million, to rebrand itself as BT and to adopt the logo of the 'prancing piper.'

* in his first book, 'The Corporate Personality: An Inquiry Into the Nature of Corporate Identity' in 1978, set out his arguments for the primacy of brand thinking for an audience beyond the boardroom and conference platform and captured interest with jargon-free language and by ranging from the symbolism of Ancient World armies to culture contrasts in status-markers in Africa and suburban America.

* once said of the man behind the bow tie, thick-rimmed spectacles, bright check shirts who, apparently, did not consciously brand himself : "I am what I am. I am outspoken and abrasive. I can be difficult. It is what I am like. I do not try to cultivate it but I do not hide it either. I tell people what I think and I do not mince anything. It is what people pay for."

* in 2001 at the age of 70, used his skills to persuade the American advertising giant Omnicom to buy his Wolff Olins consultancy for £30 million and three years after that in his 2004 book, 'Wally Olins – On Brand' reflected that : 'Branding has moved so far beyond its commercial origins that its impact is virtually immeasurable in social and cultural terms. It has spread into education, sport, fashion, travel, art, theatre, literature, the region, the nation and virtually anywhere else you can think of.'

Was said by Mark Damazar, Master of St. Peter's College : 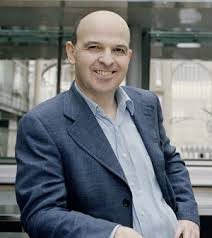 'He was the youngest octogenarian I had met. He was relentlessly curious about buildings, objects, but above all people. He loved talking to anyone of any generation and when he reflected on the past, he did so shorn of any "good old days" rhetoric. He was a great performer too. When he came to give a talk at the college, the room was packed with business students of many nationalities who lapped up his observations on design and branding and bathed him in admiration and affection.'

'Bathed in admiration and affection', what better epitaph might an old man have ? 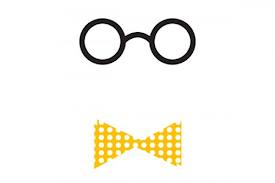 P.S. I have this image of Wally, a Jewish boy whose Grandmother who lived with the family in London and was a Russian refugee from persecution against the Jews in the riots or pogroms against them in the 1880s, attending a prep school in Cambridge and boys' public school in North London the 1930s and 40s and surrounded by a sea of English faces. He later said that he felt 'mismatched' to school, yet I think that from an early age he had a clear idea of who he was and his own 'identity'.
Posted by ...............................JohnBoy at 10:23