Britain is about to become even less of a country for those old men who are not 'digitally engaged'.

Francis Maude is the 61 year old Conservative Minister for the Cabinet Office and son of the former Cabinet Minister, Angus Maude. As a boy he attended the fee paying boys public school, Abingdon School, followed by a law degree at Corpus Christi College, Cambridge. Young Francis clearly lived the life of a privileged boy far removed from that of ordinary people. Following university he was 'called to the bar' to practise criminal law in 1977 at the Inner Temple law courts in London. Now as a privileged old Cabinet Minister he is still far removed ordinary old men and women whose lives he is about to affect for the worse, for Francis has come up with a cunning plan to save tax payer's money by removing the cost of manning phonelines or face-to-face services.

Despite the fact that more than five million old men and women who are pensioners and are not and have never been 'on line' Francis has decreed that :

So old men and women 'out there' you :

* must start using the internet or run the risk of losing access to government services, the vast majority of which will only be available online in the future.

* should get ‘digitally engaged’, because getting to grips with the internet is a ‘better thing for people’s lives’.

* get ready to get access to a computer and a printer to :
- download the 30 pages of the 'carers' allowance' used by 3.2 million carers a year.
- access driving licences, the small claims service and documentation relating to ‘lasting powers of attorney’.

Like an old feudal lord, Francis is going to provide 'some' support for the old people within his fiefdom by providing help for internet use in an ‘assisted digital service', through charities such as the Alzheimer’s Society, with the proviso that help would not be offered 'repeatedly’.

Pensioners’ groups have reacted with fury, saying that old people who refused to ‘conform’ to the state’s demands would be treated as ‘second-class citizens’ and those who had paid taxes all their lives should be able to access government services in whichever way they feel most comfortable and not left to ‘drown’.

Dot Gibson, of the 'National Pensioners’ Convention' said :
Ministers were creating an ‘information gap’ and ‘the idea that we all have to be digital citizens or else we end up as second-class citizens is wrong.’ 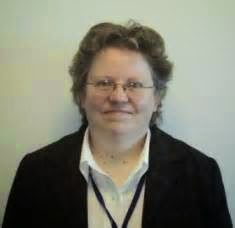 Caroline Abrahams, of Age UK said : ‘No-one should be locked out of any services simply because they don’t use the internet.’

Like the feudal lord of yore, Francis only has the interests of his old at heart because 'actually people will have in future richer lives if they become digitally engaged.’

So old men of Britain, you who are not 'digitally engaged' and can not afford a laptop and computer, get yourself down to your local library, if you live in a town and have one and start downloading what you need.  If you are unable to travel or live in a village with no library access, tough. Your already, lonely and difficult life, has just become more so. 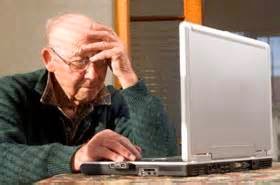 Labels: Old men who are not digitally engaged