John, who has died at the age of 86, a renowned academic who championed the study of class inequality as a defining feature of capitalism, was born in Putney seven hundred and twenty years after the Parliamentary Army in the English Civil War discussed a future political settlement on Putney Heath in 1647. John would have been familiar with the words of Colonel Rainsborough speaking for the Radicals and against the landed Grandees that : 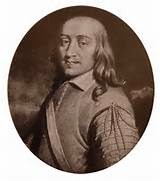 "I think that the poorest he that is in England hath a life to live, as the greatest he; and therefore truly, Sir, I think it's clear, that every man that is to live under a government ought first by his own consent to put himself under that government; and I do think that the poorest man in England is not bound in a strict sense to that government that he hath not had a voice to put himself under."

* was born the son of Danish parents, his father a civil engineer, attended primary schools in Wimbledon and when he was 11 years old in 1938, just before his parents divorced, moved with his mother and elder sister to Copenhagen and sent to the elite boarding school, Soro Akademi.

* after the outbreak of the Second World War and the German occupation of Denmark in 1940, was bullied by pupils at school for being 'English' and by a Nazi-sympathising master who delighted in making snide remarks when British forces suffered reverses and while he was away at school his mother was active in the Danish resistance using their flat as a safe house for activists and a base for the 'underground' Danish Navy.

* had his formative ideas shaped by his resentment of authority and abhorrence of nationalism as well as an appreciation of the importance of freedom of thought and social justice and the personal tragedy of losing his best friend, Niels Stenderup, executed after an incident in a queue for tickets at Copenhagen's main station in which a German soldier was slightly injured and his older brother, Niels, killed in 1944 while serving in an RAF Lancaster bomber in a bombing raid over Berlin.

* later said that : 'the contortions and perplexities of politics under occupation'  stirred him 'into much puzzlement about how it is that society ticks, and often ticks so badly. Turning to the social sciences for possible answers seemed obvious' and was drawn to socialism, both as a counter to Nazism but also belief based on our common humanity and the equal right of all citizen to lead fair lives.

* after the War, served, for a short period, in the British Army of the Rhine as a mail censor, taught English as a foreign language in Copenhagen, then back in Britain at the age of 21 in 1948, became an undergraduate at the London School of Economics and after the fist year 'plumped for sociology' which was 'almost unknown territory' and 'only a shakily established academic discipline in Britain, but it seemed to promise insights into where our societies have come from and where they may now be going – wide enough to straddle the concerns and findings of other, more specialist social sciences.' 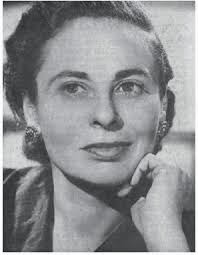 * followed graduation in 1951 with a research post in 'town planning' at University College London and apprenticeship with leading urban sociologist, Ruth Glass, who introduced him to leading sociologists of the day and who, herself, born in Berlin, had left Germany with the rise of the Nazis in the 1930s and was a committed Marxist with a passion for social justice and belief that the purpose of sociological research was to effect social change. 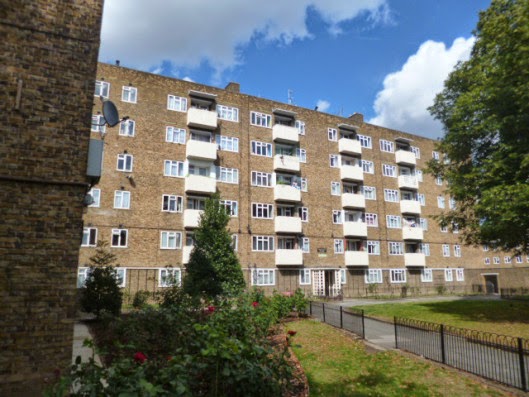 * in 1954 in his 'A Profile of Lansbury' with Ruth, about a new East London housing estate, pre-dated and anticipated Young and Wilmott's 1957 'Family and Kinship in East London' when they noted 'the neighbourliness, the local patriotism, the spirit of give and take. Families have helped one another moving in; housewives look after the children of neighbours; the Coronation was celebrated with the traditional street parties. Above all, most people in Lansbury have a great affection for their own borough and the East End'.

* after a year at Nottingham University, returned to LSE at the age of 29 in 1956, where he worked as a lecturer then reader, remembered for the succession of cigarettes he consumed in his delivery, remembered by ex-student, Paul Stewart, later a Professor at the University of Stathclyde with : 'I still have my second year essays with many comments in his clear, tiny writing. He helped me to think systematically and make a rigorous argument, as well as enlightening many of us about inequalities in modern Britain'.


* sympathised with 1960s students protesting against academic authoritarianism and later said : 'a sizeable number of teacher rebels came from other disciplines. Sociology cane to be regarded  as the vanguard of subversive radicalism, which was a caricature. It had a much more diverse ideology' and in 1965 in 'Towards Socialism' published his influential 'The Withering Away of Class : A Contemporary Myth'.

* moved to Sheffield University in 1975 at the age of 48 and at a time when the consensus view was that class in Britain had indeed withered away, wrote 'Class in a Capitalist Society' with Henrietta Resler, the first comprehensive anatomy of class inequality in Britain, focusing on power, social mobility, the welfare state and the influence of the media.

* at Sheffield was successively Head of Department, Dean of Faculty and finally Professor Emeritus in 1986 and was one of the mainstays, with John Griffith and Ralph Milliband, of the 'Council for Academic Freedom and Democracy' which, founded in 1970, fought hundreds of cases on behalf of university and college staff in defence of their academic freedom and democratic rights..

* in his 1995 book 'Who Gets What?', showed that class inequalities had persisted and hardened, pinpointed the top 1% of wealth holders as the capitalist core and argued that private property was the key determinant of continuing class privilege and illustrated the ways in which the capitalist economy influenced the construction of institutions such as the welfare state.

* worked at Sheffield until he took early retirement at the age of 59 in 1986. along with his colleague, Eric Sainsbury, in order to protect his younger colleagues from staff cuts having not regretted a life devoted to sociology saying that if he had : 'hoped, perhaps, to discover through sociology, a means of stitching together some grand 'theory of everything social', that was too much to expect from any single conceptual framework, including the modified sort of Marxism which' he found had given him 'quite good mileage' 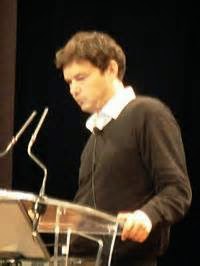 * held 'visiting positions' in eight overseas universities, served the British Sociological Association as President  from 1991-93 and was prominent in the International Sociological Association and although Marxism fell out of fashion, remained true to his convictions and was gratified to see the renewed attention given to inequality by, among others, Thomas Piketty who has said : 'Capitalism automatically generates arbitrary and unsustainable inequalities that radically undermine the meritocratic values on which democratic societies are based.'

* had Mary Evans, Centennial Professor at the LSE who worked with him for six years when he was Editorial Advisor to BSA members up to 2003 when he was 76, say of him that he had " the most infectious laugh, a cheeky boyish one which I can hear now and that’s how I’d like to remember him - laughing. There was never a time when I didn’t look forward to meeting and talking to John. I respected and admired John, feel lucky to have been able to work with him, and will remember him very fondly."

What better epitaph might an old sociologist have than, to the end and through the vicissitudes of life, he maintained his boyish laugh ?