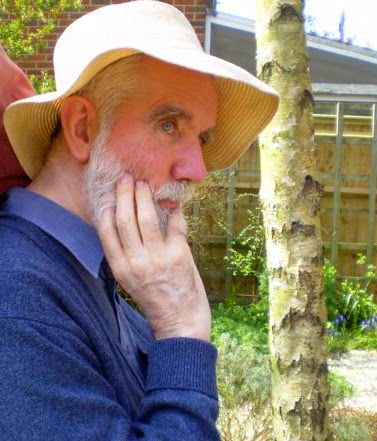 Patrick, a member of a family of high achievers who forged a successful career as composer of film, television, as well as choral music, but spent his last fourteen years in the shadows after a devastating stroke, has died at the age of 78.

What you possibly didn't know about Patrick, that he :

* born in 1936 in Islington, London, the son of Stella, a church minister's daughter and William, a Cambridge educated solicitor and eventually senior partner in an Oxford law firm, was educated from 1947 at the prestigious, independent boarding school for boys, Radley College in Oxfordshire, where Peter Cook was in the year below him and was already enthralled by music having fallen 'in love with French Church melodies as a boy, from their use in the English Hymnal, researched and edited by Vaughan Williams.'

* was conscious, as a boy, that, in the Gowers family, he had some famous predecessors and that Great Grandfather, Sir William, who had died in 1915, had been a pre-eminent nineteenth century clinical neurologist, described by neurologist, Macdonald Critchley, when Patrick was 13 in 1949 as "probably the greatest clinical neurologist of all time."

* was also conscious that Grandfather, Sir Ernest, a distinguished civil servant, in charge of the Civil Defence of London when Richard was growing up during the Second World War and who the 'Times' was described as : 'Energetic, forceful, always cheerful, with an unfailing eye for the essential, he gave the impression of being master of every unexpected development and, as a result, infused confidence into all who came in contact with him' and who, when he was 12 in 1948, saw his 'Plain Words', a pamphlet on the correct use of English for civil service servants published and remain in print to the present day.

*  was 18 yeas old when his Father was elected Mayor of Oxford in 1954, received an honorary law degree from the University and the 'Freedom of the City' and would go on to become the Chairman of the Oxford Area Health Authority at the age of 63 and receive a CBE in recognition of his service in 1976. 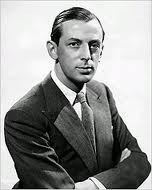 * left school in 1954 and then after two years National Service, went to his Father's old college, Clare College, Cambridge and studied for a Bachelor of Music degree and in 1959 took part in the Footlights Revue,'Last Laugh', directed by John Bird, of which Alistair Cooke wrote in the Manchester Guardian : 'The whole show is directed with never a fumbling line or gesture. If the West End does not hear soon of John Bird, Patrick Gowers, Geoff Pattie and Peter Cook, the West End is an ass.'

* married Caroline Maurice in 1961 and continued his 60's post-graduate studies at  Cambridge with an M.A, followed by PhD and taught composition on a part-time basis while completing a doctorate based on 'Eric Satie', French composer, pianist and colourful figure in the early 20th century Parisian avant-garde and precursor to minimalism, repetitive music and the 'Theatre of the Absurd', which he completed at the age of 29 in 1965.

* having set his course for a career as a composer, served as assistant conductor of 'Bill Russo's London Jazz Orchestra' and saw its 'Stonehenge' album released in 1965, then became Music Director of the Royal Shakespeare Company's production of' 'The Persecution and Assassination of Marat as Performed by the Inmates of the Asylum of Charenton under the Direction of the Marquis de Sade' which ran for two seasons at Aldwych Theatre in the West End and one in New York.

* in 1966, when his Grandfather Ernest died, was instrumental in rescuing his Great Grandfather, William's library, papers, sketch books, family memorabilia and shorthand diary for posterity and two years later in Denmark, was responsible for the music for Jesper Hom's film, 'Thomas er Fredloes', about a 10-year-old boy's visual fantasies of tv and cartoon heroes and in 1969, Lene and Sven Grønlykke's  comedy : 'Balladaden on Carl-Henning' : http://ow.ly/GLbCm

* back in Britain in 1969, worked for Tony Richardson to produce the music for Nichol Williamson's 'Hamlet' : http://ow.ly/GPxSg and in 1970 was commissioned by Simon Preston to produce a Toccata for the 1970 Cheltenham Festival and later recalled : 'He asked for a flashy piece with which to end recitals, featuring some Count Basie chords. When he gave his magnificent first performance in the Festival Hall, the author of the programme note thought Basie chords must be a misprint; so he changed it to the totally inappropriate Basic chords' and in the same year, provided the music for 'Giv Gud en Chance Om Soendagen', 'Give God a Chance on Sunday' in Denmark and 'The Virgin and the Gypsy' in Britain : http://ow.ly/GPqIc

* composed the music for 'A Bigger Splash', based on the private life of David Hockney in 1973 : http://ow.ly/GP5Wm and two years later for Arthur Seidelman's 'Children of Rage', the story of a young Palestinian who ends up in a hospital after the bomb he set to explode during a party for the Israelis explodes before he leaves and a sympathetic physician tries to convince him to give up on his destructive ways while he still can.

* at the age of 52 in 1978 scored the music for Robert Enders 'Stevie', the biographical film, with Glenda Jackson portraying the poet Stevie Smith with her attendant emotional problems : http://ow.ly/GP9tz 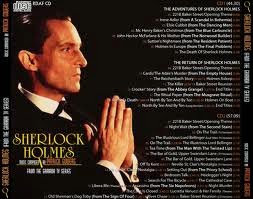 * by 1980, had made the transmission to television with the score to the mini-series of 'Therese Raquin', followed by 'I remember Nelson' and the appropriately portentous score for 'Smiley's People' in 1982 : http://ow.ly/GPBdx and 'The Woman in White' http://ow.ly/GSQfk and found himself best remembered in popular music for the 1984-85 Granada TV series 'The Adventures of Sherlock Holmes' starring Jeremy Brett : http://ow.ly/GSdkN 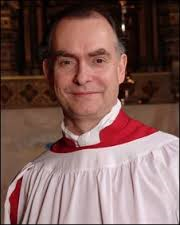 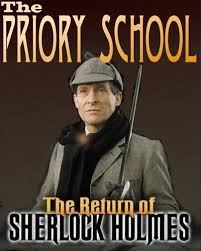 * recalled that he wrote 'Libera Me', the Roman Catholic 'Deliver Me' responsory sung in the 'office of the dead', in 1986 : 'as a piece of background music for a tv realisation of the Sherlock Holmes story, 'The Priory School', in which a little boy is kidnapped from the school. In this production it was made a choir school and they needed something to sing. So I made this version of the title music in the style of a sixteenth century motet and the words 'Libera Me' sound vey germane.' http://ow.ly/GSeby

* also recalled, that in 1988, of his earlier Toccata for the Cheltenham Festival : ' I chanced to hear it as a closing voluntary in Worcester Cathedral, played by Adrian Partington. When I spoke to him afterwards, he commissioned a Fugue to go with it. It is probably quite an oddity to have a fugue written 18 years after its toccata. It means that while the toccata is very definitely young man’s music, the fugue is more staid and middle-aged. Nevertheless, the best way to understand either of them is to try to beat time, which is harder than usual because this music does not have a regular metre. It is not based on singing, dancing, walking, running, heartbeats (or even machines!) but on a boulder falling down the side of a steep mountain, sometimes spinning round in the air, and between whiles, coming down to earth with a bump.'

* followed 'Forever Green' in 1989 http://ow.ly/GRYzL with 'Mother Love' in 1991 http://ow.ly/GS3Gb which starred starring Diana Rigg and was Winner of the 1990 British Academy Television Award for 'Best Drama Series or Serial'.

* was commissioned by the Federation of Old Choristers' Association and produced 'Veni, Sancte Spiritus' for their 2000 Congress at Canterbury : http://ow.ly/GSjyS

* in 2000 at the age of 64, was commissioned to write a large-scale choral work for the 'Three Choirs Festival' for the Summer of 2001 in Gloucester Cathedral, but halfway through the work, suffered a massive stroke, from that day forward did not write another note of music and in the years that followed managed to walk a little with support, but didn't regain the use of his left arm, had surgery to remove his bowel and after a family decision was moved to a nursing home. 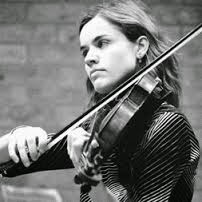 * sadly spent his last years in a state of depression and frustration despite the fact that when he was 75 years old, his 16 year old Grandson, Richard, performed his 'Toccata and Fugue' on the Hill Organ in Eton College Chapel during the Windsor Festival in 2011 http://ow.ly/GSrdO and in 2012, his son Timothy was knighted for his 'Services to Mathematics' and his daughters : Rebecca had made her way as an author and journalist and Katharine as a violinist.

* will live on in his music and continue to inspire and give pleasure. What better legacy ?
Chester Lullaby
http://ow.ly/GSFOQ