Britain is a country which says "Farewell" to an old son of Yorkshire, author-illustrator of children's books and magician of colours, Brian Wildsmith

Brian, has died in Grasse in France at the age of 86, after a life which saw him produce over 80 illustrated children's books which have sold worldwide in their millions and have been translated into more than 30 languages.

Brian was born in the town of Hoyland, South Yorkshire in 1930, the son of a miner who worked at the local Elsecar Main Colliery and into a Christian household and was, in his words, brought up as ‘a cradle catholic’ on Bible stories which, in his opinion, were 'some of the best in the world.’ He maintained that the people, surrounding landscape and climate of Hoyland left an indelible mark on his later art. He remembered that "Everything was grey. There wasn't any colour. It was all up to my imagination. I had to draw in my head,"

He had first encounter with St. Francis of Assisi when, as a young boy, taking his first communion in St. Helen's Catholic Church in Hoyland, he recalled kneeling at the edge of the altar rails, feeling more embarrassed that the holes in his shoes could be seen by the congregation, than terrified at receiving the Host for the first time, when, looking to his right, he saw a statue of St. Francis, a lamb in his arms and a squirrel perched on his shoulder. He had a look of kindness on his face and although his clothes were shabby and drab, he didn't seem to mind, It forced Brian to say : "Why should I worry about the soles of my shoes?" and consider that St. Francis seemed be saying : "It's not the soles of your shoes but the soul within your body that I am looking at." The statue inspired Brian so much that he would later research the life of the Saint and undertake visits to Assisi.

After attending St.Helen's Catholic Junior School in Hoyland (right), at the age of eleven in 1941 and in the second year of the Second World War, he went on to study at the catholic De La Salle College for Boys in Sheffield where his talents pointed to a future career either in music or science.  He hadn't intended to be an artist since "The art at school was a disaster. All we did was sit in a circle around cubes and triangles and draw them in different positions. It was during the War, so paper was scarce and it was difficult to get paints, but I used to spend my time drawing battle scenes between airplanes and warships."

It was, however, a last-minute calling which prompted him to drop his plans to be a scientist : "One morning I was going into a physics class and I remember thinking 'Is this really what I want to do with my life?' and the answer was : 'No. I want to create.'"  As a result, from the age 16 to 19 he studied at the Barnsley School of Art. 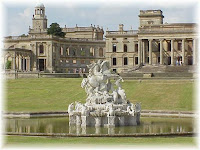 It was also while he was a seventeen year old that he met Aurélie Ithurbide, the fourteen year old daughter of the French chef at the 'great house', Wentworth Woodhouse, He was sketching some ancient statues in the grounds, when her freckled face peered over his shoulder to glimpse his work. When he allowed her to flip through his sketchbook, she smiled with approval. They were to marry eight years later, when he was 25 and remained together for 60 years until her death last year. 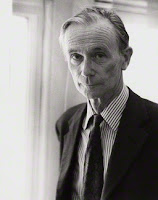 In 1949 he won a scholarship to study at the Slade School of Fine Art where Sir William Coldstream was among his teachers and where, as its Principal, he led it on the path to achieve an international reputation. As a working class lad from Yorkshire, however, Brian felt he didn’t fit in with the ‘public school types’ at the School where even a shared interest in cricket failed to break the ice. In addition, canvases and paints were expensive so initially he concentrated on drawing and spent a lot of time in the print rooms of the British Museum and the National Gallery, familiarizing himself with the works of the old masters.

He completed his studies at the Slade in 1952, graduated with a fine arts degree and then spent his two years National Service teaching maths with the Royal Army Education Corps followed by a posting teaching at the Royal School of Music in Twickenham. Then in 1955, he married Aurélie and began teaching at Selhurst Secondary High School for Boys in Croydon, South London. In his spare time he began designing book jackets, the first of which was 'Daffodil Sky' by H.E.Bates. He produced work for the publisher John Murray and honed his graphic skills on black and white line drawings for children's books published by Faber and Faber, Penguin Books and Oxford University Press. 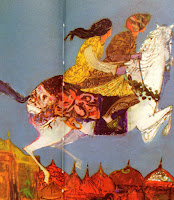 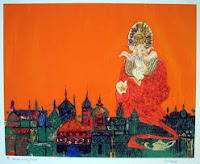 Brian's first love was for painting and he was eager to illustrate books in colour. Mabel George of Oxford University Press, whom he first met in 1957, gave him his first opportunity when she commissioned from him, as an experiment, 12 colour plates for 'Arabian Nights' in 1961.The publisher was pleased, but the luminosity of his paintings and his loose graphic style failed to impress the reviewer in the TLS who dismissed them as ‘pointless scribbles’. Brian was dismayed, but Mabel George wasn’t bothered and later said : ‘I knew we had something interesting on our handsand that review has convinced me’ and commissioned Brian to create his 'ABC'. At the time and now supporting a young family, he was still teaching for one day a week at Maidstone College of Art to supplement his income.

In Brian's opinion : "The logical function of an ABC is to teach. To teach how? Through basic shapes, colours and textures. It was a new concept: to produce pictures of value in their own right which would stimulate and excite children. And I wanted a new design. Most ABCs say 'A is for Apple.' A is not for apple. A is for A. I wanted this book to say that."

Brian would maintain that this was his best book : "It was the time of Carnaby Street and The Beatles. There was a new era of creativity in England, and that book was the beginning for a creative expanse of children's books." In addition, he admitted that because he was new to making picture books and knew nothing about the process he was ‘unaware of the constraints – I wasn’t bound by convention, I just went my own,

admittedly somewhat arrogant way. This was the 1960s remember! Liberation! The age of freedom and self expression!’ His book won the prestigious Kate Greenaway Medal in 1962, the year after it came out. The award had been established by the British Library Association in 1955 for 'The Most Distinguished Illustration of a Book for Children.'

Now, Mabel George, encouraged Brian to turn his hand to writing, as well as illustrating stories. He recalled : "I said, 'But Mabel, my English is terrible. I always got terrible marks at school.' But she said, "Brian, I have editors with inkpots full of full stops and commas. It's ideas that count and you've got them." And it took off from there."

It was a perfect opportunity. Brian believed that : ‘Art is food for the soul and a picture book represents a child’s very first encounter with art, so I felt this was a way I could make a contribution to the world. A drop in the ocean maybe, but this work offered a chance to communicate to children the importance of such things as kindness, compassion, friendship, beauty.’' 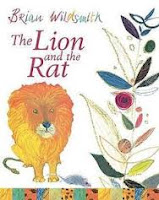 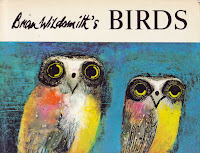 His retelling of five fables by Jean de la Fontaine included 'The Lion and the Rat', which received a Greenaway Medal Commendation in 1963. His books 'Birds', 'Wild Animals' and 'Fishes' all appeared in 1967, with the former gaining another Greenaway Commendation and also the New York Times award as 'Best Illustrated Book of the Year.' 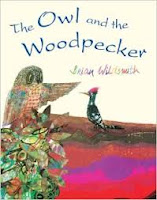 1971 was a turning point for Brian. He published 'The Owl and the Woodpecker' in which, for the first time he illustrated a story he had written. It gained another Commendation. In addition, at the age of 41 he bade "Adieu" to Britain and moved to the South of France where he lived at Castellaras, a hill village near Cannes and Grasse, with Aurélie and their four children and where he hoped to gain fresh inspiration for his art and writing.

Brian also thought that in Britain "there is a dividing line between artists and illustrators, who are thought inferior to painters. Well, that's absolute rubbish. Some of the most creative work is being done in children's books. In Japan, everything is art. They don't say painting is better than ceramics or dress design." 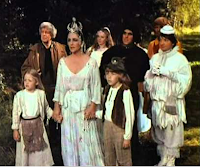 His 'Little Wood Duck' came in 1972 and in 1974 he received a telegram, out of the blue, from the American film director, George Cukor, inviting him to design sets and costumes for a film of Maeterlinck’s 'The Bluebird'. It was irresistible; he met the stars including Jane Fonda, Elizabeth Taylor and an eight-year-old Patsy Kensit. It was filmed in Leningrad but although it provided Brian with some conversational anecdotes, the film was not a success. https://www.youtube.com/watch?v=mwc4QvATcnU&t=11m54s 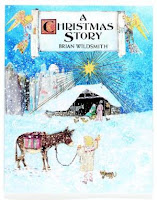 Brian's work was popular in Japan and in 1994 a 'Brian Wildsmith Art Museum' was opened in Izu-kogen, south of Tokyo, Japan and in 2003, the exhibition : 'Fantasia from a Fairyland: Brian Wildsmith and His World of Illustrations and Picture Books' opened at the Tokyo Fuji Art Museum in Hachioji to celebrate 40 years of his author-illustrator career. In a message written for the exhibition opening, he said :

'My life has been dedicated to producing picture books for children that I hope reflect this love, helping them observe, comprehend and appreciate the wondrous world that they have been born into. I want to help them climb the mountain of life and reach the peak of enlightenment and fulfilment. This is the basic right of every child born on our Earth.'

It was not until 2010, when Brian was 80, that there was the first serious exhibition of his work at a London gallery and the first time his original illustrations were on sale in Britain followed by another show at Seven Stories, Newcastle's 'Museum of Children's Books' (left).


At the time he said : "I've never been invited to do an exhibition or do a talk in England, except once, about 10 years ago. I've given talks all across Canada, many in the United States, South Africa, Singapore, Hong Kong, Japan – but not England. There, people want me out of the way because I'm a threat to their Comic Cuts attitude to children's books. Not that there's anything wrong with comic books or Mickey Mouse, but it just another different side to producing works for children. I mean, I don't dislike those, I like Mickey Mouse, but there's another side. It's like food. I mean, do you just let your kids eat lollipops and ice cream or do you give them nourriture?"

Ultimately it is Brian's beautiful illustrations, imbued with 'inner soul', his 'nourriture' for children which will survive him. He believed : 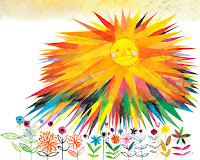 "The stories in my paintings are about the world in which we live. Everything is living : animals, birds, bees, people, flowers and each has its own soul. I try to express that inner soul. I believe that beautiful picture books of the right kind are vitally important in subconsciously forming a child's visual appreciation, which will bear fruit in later life."