Britain is no longer a country for and says "Farewell" to the Grand Old Man of Myrmecology and the World of Ants, Cedric Collingwood 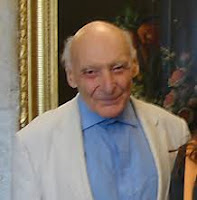 Ants are important. They are one of the great success stories in the history of life on Earth. Living ants are currently classified into 21 subfamilies and 283 genera and Cedric Alex Collingwood, who has died at the age of 97, studied them and extended our knowledge of them in many parts of the world over a period of least seventy years.

As an ant expert, Cedric recognised their importance occupying keystone positions in most terrestrial environments, but also that our understanding of their diversity patterns, evolution and ecology is far from complete, a state which undermined their potential utility in land management and conservation. It is estimated that only half of the world's ant species, currently numbering about 11,700, have been described. Cedric's discovery of new species added to that total and he played a major role in recognising that a more complete inventory of the world's ant fauna was essential. An example of this was his discovery of Lasius Balearicus on the Island of Majorca in 1982 and recognised new species in 2014.

Cedric's death has gone unreported apart from a notice in 'UK Wood Ants' which read : 'We are sad to report the death of Cedric Collingwood, renowned ant expert and entomologist. Cedric's work on the taxonomy and distribution of ants spanned more than sixty years and ranged from the Scottish Highlands to the Himalayas.'

He was born Cedric Alex Collingwood in Lewisham, South London, just after the end of the First World War, in the first quarter of 1919. His middle name was abbreviated from 'Alexei' and he was the son of Lawrance Arthur and his wife Anna who had been born Anja Koenig. Lawrence had started his musical career as a choirboy at Westminster Abbey from 1897-1902 and went on to study at the Guildhall School of Music and Exeter College, Oxford from 1907–1911. It was then, at 24, he went to Russia and enrolled for study at the Saint Petersburg Conservatory and worked there until 1919 as a conductor, but also served as interpreter for Winston Churchill's expedition in support of White Russian forces in Northern Russia. War. It was while he was in Russia that he met and married Anja and returned to Britain where Cedric was born in 1919.

His career in music prospered. He built his reputation, at first as a composer : his 'Symphonic Poem' was presented by the Royal College of Music and he himself conducted its professional premiere at the Queen's Hall when Cedric was three years old in 1922. He went on to conduct opera at the Old Vic and Sadler's Wells Theatre, becoming principal conductor in 1931 when Cedric would have been twelve and three years later he conducted the London Symphony Orchestra in a recording of the 'Triumphal March from Caractacus' and the 'Woodland Interlude' by Sir Edward Elgar, supervised by the composer himself by telephone from his sickbed before his death a month later. 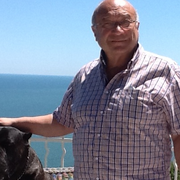 Cedric himself must have served his country in the Armed Forces during the Second World War and he studied at University for a Bachelor of Science degree after the War. By the 1970s, when he was in his fifties, he was working for the Agricultural Development Service in Leeds and in the 1980s he was conducting his research at the City Museum, Leeds. By this time his reputation was such that he was receiving specimens from, for example, the Natural History Museum in Basel and Dr Baroni Urbani's expeditions to Bhutan, Nepal, Northern India and Pakistan. 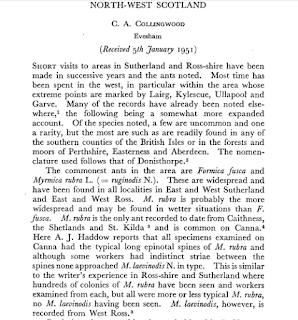 He made his first recorded appearance in the entomological world at the age of 31 in 1950 with the publication  of his 'Ants in N. Scotland' in the Entomologist's Record and Journal of Variation, a bimonthly, peer-reviewed entomological journal. In 1954 it was 'Rare ants in Dorset' for the 'Entomologist's Monthly Magazine' followed by 'Ants in the South Midlands'. Then, working with J.E.Satchell, came 'The wood ants of the English Lake District' published in 'North Western Naturalist' before he crossed the Channel for 'Ant hunting in France' and 'A rare parasitic ant in France' in 1956.


As an entomologist, Cedric probably lamented what he called the 'paucity of ant species in Britain north of an approximate line from the Wash to the Mersey' which was 'at least partly attributable to the low summer sunshine and temperature'. He was more than rewarded by the sun when his 'Survey of Iberian Fomicidae' was conducted on a journey across the Central Pyrenees in 1957,

In 1958, he crossed the Irish Sea to 'A survey of Irish Formicidae' published in the 'Proceedings of the Royal Irish Academy' and in which he thanked the Academy for a grant from the 'Lloyd Praeger Fund' towards the expenses of his three week survey. It was then north to the Baltic states and 'Scandinavian ants' and 'Ants in Finland.' 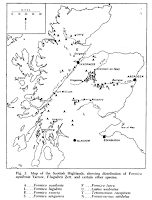 The 1960s brought  'Ants in the Scottish Highlands' and 'Some ants from North-East Asia',  'Notes on some South European and Mediterranean ants' and 1963 brought 'Three ant species new to Norway.'

In 1964 he spoke at the XIIth International Congress of Entomology in London and in 1970 the first European Regional Congress of Myrmecology, the year in which he published 'Formicidae of Nepal.' 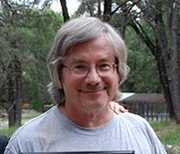 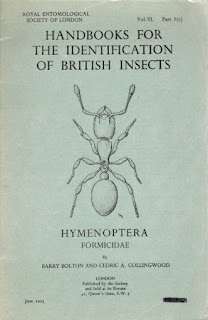 1974 saw his 'A revised list of Norwegian ants' and the  following year saw his 'Handbooks for the identification of British Insects' with Barry Bolton and then his work in Spain produced 'A provisional list of Iberian Formicidae with a key to the worker caste' two years after that, 1976 and 1981 had seen him produce 'Ants from Korea' while 1982 had seen 'Himalayan ants of the genus Lasius.'

We catch glimpse of Cedric in the early 1980s when he had a big influence on the ten year old Jonathan Hughes, the future Scotland Wildlife Trust, Director of Conservation. He still remembers the exact moment when, standing in a stretch of ancient woodland by the River Lyon in Highland Perthshire he decided what he wanted to do in life.“Being shown how to identify different species of ants was a little like learning a language. As I learned the words for individual species I found I could start to construct sentences about the ecology and history of habitats and even entire landscapes.” 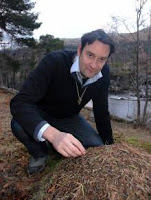 He was with Cedric, a family friend and at their feet was a mound of earth and pine needles, crawling with industrious ants. Cedric explained how special these ants were to the woodland ecology and showed Jonny how they spray formic acid at any threat, including a hand held over the nest. He picked up one of the ants and showed him how to note the subtle differences between the Northern Wood Ant and the Scottish Wood Ant. A whole new world of  the study of ants,myrmecology, opened up to Jonny as he stared through Cedric's hand lens. He recalled :

In addition, Cedric gave Jonny also remembered "him explaining that what remained of the Caledonian pine forest was dying on its feet because it was being neglected. It was almost as though the penny dropped in my mind. I thought about how tragic this was and decided to actually try and do something about it.”

The 1980s brought publications on ants ranging from Yorkshire to Malta, Saudi Arabia, 'The ants of the Wahiba Sands,Oman' and the 1990s the Greek Islands, Cape Verde Islands, Yemen, Israel, Sweden, Yugoslavia and in 1998, 'A guide to ants of continental Portugal.'

The millenium saw 'Ants from Northwestern China' which he visited with American reaercher, Harold Heatwole.. Their funding came from Chinese, Australian and North Carolinan research sources and they were provided by living and research facilities by the Xinjiang Institute of Biology, Pedology and Desert Research in Urumqi and the Fulang and Muosuowan Biological Stations.

The millenium saw 'Ants from Northwestern China' and 'The ants of Niue, south west Pacific' which identified 28 species, 14 of which had not been recorded before and in 2004 at the age of 85 'The ants of the Socotra Archipelago.'

In an article about the blood-red robber ant found in Wyre in the Midlands, Mike Bloxham reported that Cedric 'doyen of today's British scholars in the field still makes occasional visits' 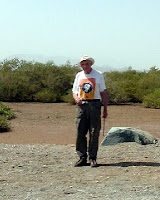 This photo of Cedric at the age of 86 in 2005 clearly shows that he was still active in the field under a hot sun and in 2010 along with Aldawood nd Sharaf he had a claim in identifying a new species of ant in the Yemen which was distinguished from its closest relative by : 'Eyes oval, relatively large with eleven ommatidia in the longest row; Petiole node high and pointed in profile; Head, mesosoma and waist distinctly shagreenate granulate. Gaster finely shagreenate. Head dorsum, mesosoma, petiole, postpetiole and gastral tergites without hairs.'  A good example of the poetry of  Myrmecology


In 2010 he worked with H. Ghahari on 'A study on the ants of Southern Iran' and his last publication, 'New synonyms of two Arabian ants of the genus Monomorium Mayr' was in a collaboration last year.

In 2011 Jonathan Hughes visited his old mentor Cedric and was delighted to find him still looking at ants through his microscope: “As ever, he was at the kitchen table with ants from Saudi Arabia preserved in endless tubes of alcohol, mounting them on bits of card to identify them for researchers around the world. He is still working at the age of 93!” 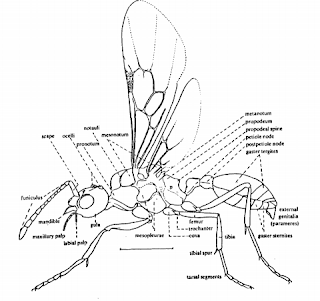