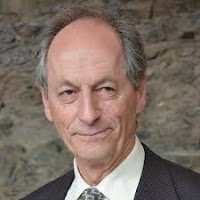 Sir Michael Marmot, the Director of the 'Institute of Health Equity' at University College London and an expert in the links between poverty and ill-health, has produced a report which shows that :

* the trend that old men and women in Britain could expect to leave longer and longer is no more. In fact, a century-long rise in life expectancy has stalled since 2010, when austerity brought about deep cuts in the National Health Service and Social Care spending.

* life expectancy at birth had been going up so fast that women were gaining an extra year of life every five years and men every three-and-a-half years and now the rate of increase was, according to Marmot : "pretty close to having ground to a halt" and “It is not inevitable that it should have levelled off.”

In Sir Michael's opinion, the “miserly” levels of spending on health and social care in recent years, at a time of rising health need linked to the ageing population. had affected the amount and quality of care older people receive. “If we don’t spend appropriately on social care, if we don’t spend appropriately on health care, the quality of life will get worse for older people and maybe the length of life, too.”

Sir Michael, interviewed on the BBC Radio 4 'Today' Programme this morning said that his Report had identified two things : "What we had expected over time, this relentless increase in life expectancy, improvement in health has stalled and the second is that there's dramatic differences by where you live and level of deprivation. So, the more affluent, the longer our life expectancy."

"What we see, classically, that life expectancy and health is worse in the North of the country, better in the South. The best stop is Kensington and Chelsea. But what we also see is that within areas dramatic differences by levels of deprivation. Take Kensington and Chelsea : the most wealthy local authority in the country and the level of inequality, the difference is 16 years of life expectancy at the bottom end and it's no accident that Grenfell Tower is in the poor part of Kensington."


In other words, the richest old men in Britain, continue to live longer and longer, but the less well off, do not.