Britain in 2017 : a country for old men in an English district called East Dorset, but not one for those in a Scottish city called Glasgow 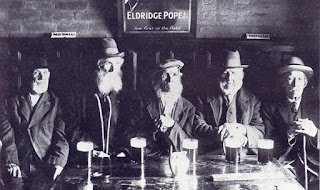 Take two old men, both of them post-Second World War baby boomers and each 70 years of age. One of them, called Thomas, lives in the prosperous countryside of East Dorset and, by the law of averages, can expect to live another 12.9 years and approach the age of 83. Assuming the state pension stays at £159.95 a week, he can expect to receive another £108.000 and will certainly get good value from the national insurance payments he made when he was working. On top of that he will receive his Winter Fuel Payments which will consist of several thousand pounds and when he is 75 he will get his TV Licence free of charge, which will save him almost £150 a year. 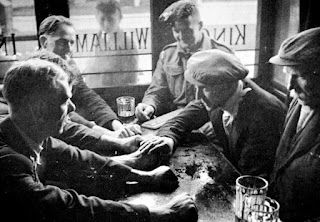 The second old man called Angus, also 70 years old, by contrast lives in Glasgow, Scotland, a city with the worst longevity figures. He can expect to live an average of another 2.6 years and will net another £21,000 in pension, his total Winter Fuel Payment, more needed than Thomas, in clement Dorset, will be vastly reduced and he won't ever become eligible for a free TV licence.

Undoubtedly, a thousand years ago the old Saxons who lived, worked and died in rural East Dorset, lived longer lives than their Celtic counterparts in the small village of Glasgow.


Saxon England in 1017 : country where the longevity of old men depended on who they were and where they lived.