Britain is a country where old men don't live, but do work, longer and longer 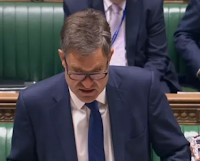 In a statement n the House of Commons this week, David Gauke, the Government's Work and Pensions Secretary, had some unwelcome news for about 7 million young men and women in their 30s and early 40s : when they become old men and women, in the late 2030s, their state pension age will rise from 67 to 68. This would happen to them, rather than the generation coming behind them as previously planned.

He said implementing the proposals would create : “Fairness across the generations, and the certainty which people need to plan for old age.” Apparently, by making them all work longer he wanted Britain to be : “The best country in the world to grow old” and failing to act “would be irresponsible and place an extremely unfair burden on younger generations.”

This 7 million have to thank former CBI Director General, John Cridland who published a review in March which recommended accelerating the planned increase in the pension age to prevent the costs of the state pension becoming unsustainable. Graham Vidler, the Director of External Affairs at the Pensions and Lifetime Savings Association, referred to this group as "the sandwich generation" who "are also those most at risk of inadequate private saving – they have not had the same access to final salary pension schemes as their parents and are too old to enjoy the full benefits of automatic enrolment that their children will see." 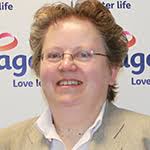 Caroline Abrahams, Charity Director at Age UK, said it was “astonishing that this is being announced the day after new authoritative research suggested that the long-term improvement in life expectancy is stalling.” She was referring to Sir Michael Marmot, the Director of the 'Institute of Health Equity' at University College London and an expert in the links between poverty and ill-health, who has produced a report which shows that the trend that old men and women in Britain could expect to leave longer and longer is no more. 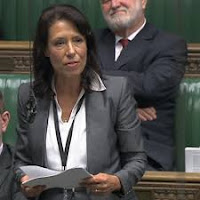 It was the Shadow Work and Pensions Secretary, Debbie Abrahams, who described the changes as “anything but fair” and argued that many pensioners faced a “toxic cocktail” of ill-health long before they reached 68. She might well have been referring to those living in the pink to red areas in the West and North on the map below where levels of social and economic deprivation are forecast to remain high.

Men's life expectancy in England and Wales in 2030 as projected by The Lancet : 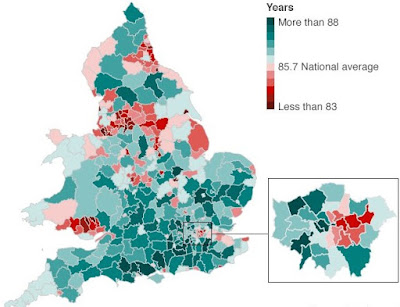