Britain was, and still is, no country for old men 'hastened' to death at Gosport War Memorial Hospital 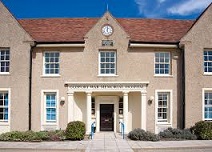 Arthur Cunningham, known as 'Brian', who had served in the RAF, was a widower with Parkinson’s disease and dementia, when he was admitted to Gosport War Memorial Hospital, for treatment for a pressure sore in September 1998 when he was 79 years old. Five days later he was dead and was just one of the 456 old men and women who died after receiving unjustified doses of opiates at the Hospital in the 1990s. His stepson Charles Farthing who recalled that at the time : "There’s no way he was near death,” has now found out that he was given a threefold increase in pain relief three days before his death.

Arthur Cousins was a soldier who fought in the Normandy landings on Utah beach and was reported as 'missing in action, presumed dead,' only to turn up two years later, alive, in a French hospital. He died after being taken to the Hospital after a series of falls, one of which led to a broken breast bone. Before his unexpected death he was recovering well. His son, Eric, said : “We always feel guilty. We saw him on the Sunday, he was sat in the chair right as rain talking about coming home to his greenhouse in a week’s time.“You ask your parents how they are and he did say to us, ‘I’m alright but what they’re giving me is doing my head in,’ he couldn’t think. “But you sit there and think, ‘Dad you’re getting the right treatment, you’re in the right place.’ You don’t argue. “I went down a couple of days later, and this nurse called me into the office, and said : "We’ve got bad news, we think you father won’t see the week out."” His Dad died on 25 August 2000, after receiving 40mg of diamorphine, the medical name for morphine, double the maximum recommended dose.

It was Gillian McKenzie, now 84, who was the first to go to Hampshire Police twentyyears ago in 1998, with concerns over the death of her mother, Gladys Richards, aged 91. She brought the families’ evidence to Norman Lamb, the Liberal Democrat MP and former Health Minister, who secured the Public Inquiry into Gosport in 2014. Now the results of that Inquiry have been published the findings go beyond the worst fears of many.

It revealed that in the 1990s Dr Jane Barton, now 69, was then clinical Clinical Assistant in the 'Department of Medicine for Elderly People' at the Hospital. An inveterate workaholic, she decided from 1988 to 2000 to add to her extensive workload as a GP by taking on her new role at the Hospital. Under her jurisdiction, Dryad and Daedalus Wards at Gosport became informally known to staff as 'the end of the line.' A GMC tribunal was told how her daily schedule involved ward rounds starting at 7.30am, followed by a full shift at her GP's practice, before an evening round back at the hospital. She was also on call every other weekend and on regular week nights.

It was in 1991/92 that staff first raised concerns about :
* an increased mortality rate
* 'unnecessary' use of diamorphine
* concerns about Dr Barton's administration of the painkiller

In 2000 a NHS Independent Review Panel found that, while drug doses were high, they were 'appropriate.'

It was not until 2010 that the GMC found Dr Barton guilty of misconduct and that she had prescribed 'potentially hazardous' levels of drugs, but rather than being 'struck off' the Medical Register which would have ended her work as a doctor, she was given a list of 11 conditions relating to her practice.

* presided over a deadly system of 'pre-emptive prescribing,' allowing nurses on the wards to increase the amount of painkillers being used without the need for her consent.

* would communicate to staff in a sort of grim code, scribbling 'please make comfortable' on to the medical notes of incoming patients who would then be given huge doses of opioids, often via a device called a 'syringe driver,' which would pump drugs constantly into their system.

* supervised a regime, where hundreds perished, including many old men and women like Arthur Cunningham, Arthur Cousin and Gladys Richards who had been admitted with relatively minor conditions.

* had signed 833 death certificates, keeping sparse and in many cases incomplete notes detailing their care.

The Government Health Secretary Jeremy Hunt said the report’s findings were “truly shocking”, with whistleblowers and families ignored as they attempted to raise concerns. “There was a catalogue of failings by the local NHS, Hampshire Constabulary, the GMC, the NMC, the coroners and, as steward of the system, the Department of Health.Had the Establishment listened when junior NHS staff spoke out, had the establishment listened when ordinary families raised concerns instead of treating them as troublemakers, many of those deaths would not have happened.”

Bridget Reeves, the granddaughter of 88-year-old Elsie Devine, said in a statement on behalf of the families : “This has been sinister, calculated and those implicated must now face the rigour of the criminal justice system. Accountability must take precedence here. These horrifying, shameful, unforgivable actions need to be disclosed in a criminal court for a jury to decide and only then can we put our loved ones to rest.”

While grieving relatives have spent 20 years seeking answers about deaths of loved ones, Dr Barton has largely refused to respond to their enquiries. Her only extensive public statement, issued through the Medical Defence Union, claimed she was 'faced with an excessive and increasing burden in trying to care for patients' at the Hospital and she added :
'Throughout my career I have tried to do my very best for all my patients and have had only their interests and wellbeing at heart.'

Speaking after the publication of the Report, Anne Cunningham, the wife of Arthur said :


'These people did not deserve to be put down like a dog. These people lived their lives only for someone at the end to decide to play God and put an end to them.'

Labels: Drugged to death at Gosport