Britain is a country where poor old men, about to lose their right to watch TV for free, have a champion in an old Prime Minister called Gordon Brown 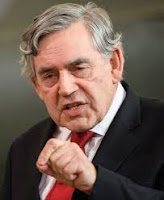 Gordon Brown, who was Labour Prime Minister from 2007-10 and is now 'UN Special Envoy for Global Education' and who will be 68 years old next month, has 'gravitas.' It is said that, in the Financial Crisis of 2008, he was the calm, level-headed politician who saved the world.

Now he has taken up the cudgels on behalf of those old men and women in Britain over the age of 75 who may well lose their right to a free BBC TV licence, which currently costs £150.50 for a year. This week he used the Guardian to do a bit of educating in Britain when he said :

'The free TV licence Labour introduced in 1999 is one of the few universal benefits available to all very elderly pensioners and is particularly important, given that for millions who live on their own, the television is the best antidote to loneliness and isolation.'

He went on : 'In a paper a few weeks ago, the BBC had to admit it might charge all of those not on pension credit a licence fee and thus restrict the free licence to 900,000 households, which would need to prove their eligibility. They might cut out nearly 2 million households where someone from the age of 75 to 79 lives; or start charging every one of the 4.5 million households with someone over the age of 75.'

In Gordon's view : 'In a sheepish private message to the BBC a few days after their botched general election campaign of 2017, the Conservatives asked the Corporation to simply ignore the fact that Theresa May had made a specific election promise to those millions of pensioners that they would continue to have a free TV licence. The Tories’ manifesto had stated :


We will maintain all other pensioner benefits including free bus passes, eye tests, prescriptions and TV licences, for the duration of this parliament.

The Conservatives told the BBC they had made a mistake by promising free licences until 2022 and insisted the BBC had the power to abandon them in 2020, thus overriding their election pledge. Even now, a year and a half on, the party has not levelled with the British public.'

Old men and women of Britain take note, Gordon makes the point that there is a far more fundamental reason why you should not pay and it's because The 'Frontier Economics Report',  commissioned by the BBC to make its case, doesn't even acknowledge that your pensioner poverty, which was halved between 1997 and 2010, is now on the rise again. There were 1.6 million of you living in 'poverty' three years ago and there are 1.9 million of you now and the forecast is that there will be 2 million of you by by 2022.


'There is a complacency about today’s pensioner poverty that I find distressing and alarming, especially when over‑75s are almost 50% more likely to be in poverty than the 65-75 age group. In fact, one in every four of the over-75s is eligible for pension credit because their income is so low. As the fee rises towards £160, and then £170, that poverty will become worse.'

Gordon makes the case : 'Imagine for a second the BBC taking a frail, housebound, elderly pensioner to court for not possessing a TV licence that for years he has had for free. Then imagine fining him £1,000, the standard penalty, with legal costs on top and if he doesn’t pay or can’t pay, sending him to prison. Unthinkable? In fact, one in every 10 court cases is over non-payment of TV licences. And from next year, millions of people aged over 75 could lose their right to a free TV licence and, if they don’t pay up, end up being taken to court despite a Conservative election promise they would not have to pay.' 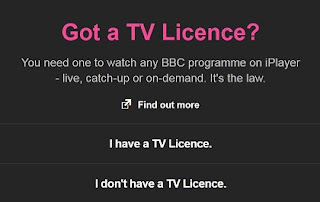