Britain in 2019 is no country for poor old men, living on a pension and married to a younger wife 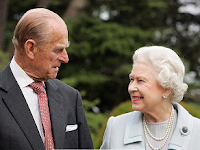 At the moment, old men over the age of 65 and drawing nothing much more than the state pension and married to a wife, in work, but in a low income job, can claim up to £13,273 a year in pension credit. The same rule applies to older women married to younger men. Now, from May 15th, new applicants will have to claim 'Universal Credit' which will pay them a maximum of £5,986 a year or £7,286 less.

Parliament approved this change in 2012, but the implementation wasn't confirmed until it was smuggled in on Monday, on the eve of the House of Commons vote on Mrs May's Brexit deal.

'Age UK' described the change as a 'substantial stealth cut' and said it could have a devastating effect on the health and well being of some older people and increase the numbers of pensioners in poverty. Caroline Abrahams, the charities Director, said : “It is by no means unusual for one partner to be slightly older than the other within relationships and the bigger the age gap between them, the more long-lasting the adverse impact on them will be because of this proposed change. For some, the impact will be truly devastating. The government should think again.”

Old men on a pension, with a partner under state pension age, who are already in receipt of pension credit cannot rest easy because they will be moved to the new system if their circumstances change, such as a change of address, or even if they go abroad for longer than a month.

Age UK also said pensioners may find themselves in the “absurd position” of being financially better off if they split up and live apart from their partner. A single person who claims the top-up is eligible for £167.25 a week in pension credit, meaning that in theory a pensioner will be better off staying “solo” for benefit purposes rather than claiming with a partner.

In addition, at the moment, old men who reach retirement age can claim pension credit regardless of the age of their partner. In future, they will have to wait until their partner also reaches 65 and the state retirement age will be increased to 66 in October 2020.

Locked in the past :

Britain in 1919 : a country for rich, privileged old men but not the poor.

Britain in 2019 : a country for rich, privileged old men but not the poor