Britain is a country which, at first rejected, then revered and now says "Farewell" to a scarce 'old' furniture designer called Mark Wilkinson 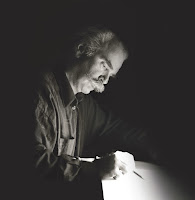 Mark, who has died of pancreatic cancer aged 66 and was the designer who gave Britain its 'English Country Kitchen', joins that pantheon of old Brits who have triumphed over initial adversity, in his case undiagnosed dyslexia. He now sits alongside the conductor, Jeffery Tate, who died earlier this summer at the age of 73 and suffered from congenital spina bifida.

He was born in 1950 into a family of cabinet makers, was brought up in a council house and, as a youngster, spent his evenings and weekends helping to make furniture with his father, who made scenery for television productions. Given the fact that his dyslexia was unrecognised when he as at school in the 1950s and early 60s, it is not surprising that, when he left school in 1965, after 10 years in education, he was barely able to either read or write.

Having said that and although, apparently there was an occasion when a teacher had told him to go and stand in a bin because "that’s where you belong," school it was not an entirely fruitless experience : he had been encouraged to sing by a music teacher and by the age of 13 he was good enough to be offered a place at the London School of Music. Unfortunately, his family thought he would be unable to cope and he was forced to turn it down. He was also taken under the wing of the crafts master who persuaded his teachers to let him work alone at the back of his class making stained-glass windows and carving things from wood while other lessons went on around him.

Mark himself said : "When I left school unable to spell and without any qualifications, I was a competent craftsman. I had learned everything I needed to know from my father and grandfather who were cabinet makers" and "By the age of sixteen I could make tables, chairs, windows and doors - not many youngsters could do that. I knew I had a talent and could make a living." 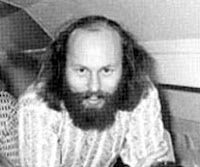 Having left school he continued to help his father and moved with his parents to Somerset, but it was not until he was 27 that he got his big break as a designer when he was working in a  furniture workshop with a couple of friends and was asked to create a kitchen in "old pine" for the wife of the record producer, Chris Wright, owner of Chrysalis Records. The success of this commission saw him swamped with new orders and in 1978 he and his friends founded the 'Smallbone' Company and soon developed a strong following. Four years later he left to go it alone and set up 'Mark Wilkinson Furniture', based in Bromham, Wiltshire, which he ran with his wife Cynthia for more than 20 years.

Mark brought fresh air into kitchens when he incorporated Gothic architecture into his designs. and was the first to attach flush-fitted panels to kitchen appliances, the first to use tiles, marble and stone on worktops and the first to incorporate large appliances, such as American freezers and range cookers, into his designs. He once said : “Design has to say quality, lifestyle and, for me, England” and “It has to reflect the romantic idea that I have of what life is all about. ” 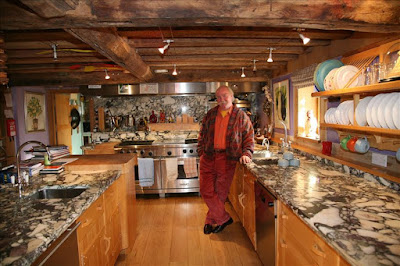 Reflecting on his success he said, with perfect understatement : "People say I started the English country kitchen genre and I’ve been called the 'Mozart of Design.' ( Mark was referring Eliot Nusbaum, writing in the Sunday Times, who described him as the 'Mozart of Kitchen Cabinet Makers'). I find that all very flattering, but the truth is my expertise and my abilities are quite simple: I make things look pretty, and that’s almost as a result of a kind of neurotic compulsion. I can’t leave things alone until they aesthetically please me." 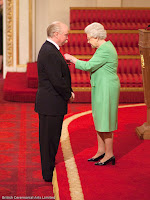 Mark's success as a designer was recognised in 2010 when he was awarded an OBE for his 'Services to the Furniture Industry' and he said at the time : "I am very proud to have been presented with this award by the Queen, it shows what a great country this is, when a child, of humble beginnings, who left school unable to read or write, can be awarded a Queen's Honour for his services to his chosen line of work. I am particularly proud that my furniture is recognised for its traditional British values of classic quality".

It was in the same year that he was awarded the 'Medal of the Order of the League of Mercy' for his support of the teaching charity, 'Dyslexia Action.' With his wife he also formed the 'Mark Wilkinson Foundation for Innovation and Employment,' a charity specifically designed to help people with dyslexia and together they were patrons of the 'Rowdeford Charity Trust', which raises money for projects to help children with special needs. 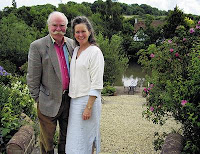 Cynthia, who was married to Mark for 37 years, paid tribute to him when she said : “In his death Mark has left a cavern that cannot be filled. There will never be another Mark Wilkinson. He was a true individualist with an enquiring mind, delicate soul and a wicked sense of humour. He was so inventive and there was nothing he couldn’t do. His dyslexia meant he really had to make his own way in the world so he invented and created whatever he needed."

Ingrid Sidmouth, Headteacher of Rowdeford Special Needs School, also paid tribute when she said : “Mark has been a very enthusiastic and generous supporter of the school over many years and whenever he visited Rowdeford he was always so deeply interested in the children, the staff and our work. He will be a very great loss to Rowdeford Charity Trust and the School."