Britain is a country which fails to bid "Farewell" and pay tribute to the life's work of its old virologist, Geoffrey Schild 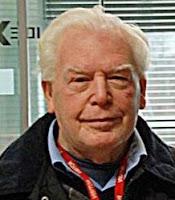 Geoffrey, who has died at the age of 81, has joined that pantheon of unsung old heroes of Britain whose passing has gone unremarked and whose achievements have been uncelebrated. There, he will rub shoulders with myrmecologist Cedric Collingwood, Royal Opera House Director, Paul Findlay and TV presenter, Michael Dean.

What Britain should revere is his lifetime spent in pursuit of increasing our armoury in the fight against infectious disease.

In his work on disease and in public health he had a special interest in virology research, vaccines and the standardization and control of biologicals. He was an inspiration to his many colleagues and to the young scientists he mentored, was enthusiastic about their interests, encouraged their research and displayed an eager commitment to communicate his profound interest in combating infectious disease and, in particular, influenza.

Flu jabs for the old and vulnerable and other 'at risk' groups are now taken for granted and we have completely forgotten that the three flu pandemics of the twentieth century killed millions of people world wide. Geoffrey did not forget and much of his work was directed towards creating effective flu vaccines against this potential killer.

Geoffrey was born in Sheffield four years before the outbreak of the Second World War in the Autumn of 1935, the son of Christopher and Georgina Schild. Educated at High Storrs Grammar School for Boys with its motto : 'Designed for Success'. After leaving school at 18, he served his two years National Service in the Armed Forces and then enrolled as a Science undergraduate at the University of Reading in 1958. He followed his graduation with his MSc and doctorate at the University of Sheffield.

In 1961, at the age of 26, Geoffery married Norwegian pharmacist, Tora Madland. The following year he began the first of his 5 year tenure at the University and a 'Lecturer in Virology' working under the remarkable Charles Stuart-Harris, who had been appointed as the first full time Professor of Medicine at Sheffield University and became and international authority on influenza and other virus infections. It is no surprise that Geoffrey started his own research career concentrating on influenza, polio and rhinoviruses. At the age of 41 he also collaborated with Charles in 1976 to publish 'Inluenza : The Viruses and the Disease,' 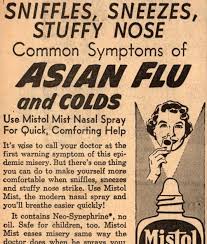 In the first months of 1957 Asian flu pandemic, the virus spread throughout China and surrounding regions. By midsummer it had reached the United States, where it appears to have initially infected relatively few people. Several months later, however, numerous cases of infection were reported, especially in young children, the elderly, and pregnant women. This upsurge in cases was the result of a second pandemic wave of illness that struck the Northern Hemisphere in November 1957. At that time the pandemic was also already widespread in the United Kingdom. By December a total of some 3,550 deaths had been reported in England and Wales. The second wave was particularly devastating, and by March 1958 an estimated 69,800 deaths had occurred in the United States. In fact, the 1957-58 pandemic was responsible for one million deaths around the world and 33,000 in Britain. Earlier in the 20th century the 1918-19 outbreak of Spanish flu, seventeen years before Geoffrey was born, killed 50 million around the globe and 250,000 in Britain.

By the time of the outbreak of Hong Kong flu in 1968-69 killed 30,000 people in Britain, Geoffrey, who was 33 at the time, had been working for a year as 'Staff Scientist at the National Institute Medical Research,' London, a position he would continue to occupy until 1975. 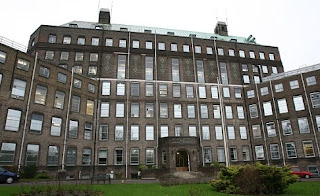 He served as the 'Director World Influenza Centre,' based at Mill Hill, from 1970-1975, where he and his colleagues pioneered work to develop a unified system of nomenclature for influenza viruses and the development of an 'influenza vaccine potency assay' which remains the international gold standard to this day. In 1972 he said : "At one time, vaccines were really bad. They just weren't potent enough." By this time they were offering protection rates of between 50 to 70%. 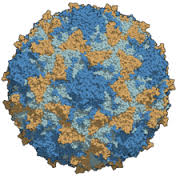 In 1981 at the National Institute for Biological Standards and Control, which he directed from 1985-2002, he said that he was optimistic that a second generation of polio vaccines could be made, which might be safer than traditional drugs. Working with colleagues he was separating the nucleotide building blocks which made up the genetic material of the polio virus after first cutting it up with enzymes.

It is not surprising that, in 1987, Geoffrey became the 'Director Medical Research Council Acquired Immune Deficiency Syndrome Research Programme'. AIDS had been highlighted as the new killer disease of the 1980s and in 1987 he stated : "We should underestimate the scientific implications of a vaccine against HIV. There is no cast-iron evidence that antibodies to the envelope are helpful and we have to cope with virus variation." The following year he announced that trials would take place to evaluate vaccines. He said : "This might be seen as clinical research to see how human beings respond to HIV antigens and generating critical information vital for further development of vaccines." 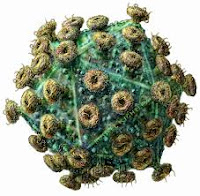 By the time Geoffrey gave evidence to the House of Commons Select Committee on Science and Technology's meeting on 'Vaccines' as the 'Director National Institute Biological Standards and Control', in 1998. In relation to his work on AIDS, he and his colleagues had worked on the evaluation of vaccines for Britain and he told the Committee that the prospects for further vaccines over the long term were good. He said that advances in gene sequencing, molecular biology and immunology and the production of monoclonal antibodies were opening up new possibilities. He was able to report, in relation to HIV : "We know an enormous amount about the organism itself, but we still have no effective design for a vaccine. There are however a number of candidate vaccines under investigation"

Geoffrey worked against a background where 'vaccination' had been one of the great medical successes of the 20th century. Britain had all but eliminated diphtheria, tetanus and measles and reduced TB, mumps, Rubella and whooping cough. The new 'Hib' vaccine is was highly effective against Haemophilus influenzae type B, formerly one of the chief causes of meningitis. Most spectacularly, vaccination had apparently eradicated smallpox worldwide and had almost eradicated polio. He was upbeat about the future and said : "The United Kingdom is in an excellent position to take an international lead in vaccine development. We have a very comfortable way of working with industry, which does not create conflicts of interest."

His achievements received peer recognition in the form of Fellowships of the :

In 1993 he was awarded the honour of CBE for 'Services to Science.'

Ever the realist, Geoffrey knew that medical research depended on money and the main source of money came from the pharmaceutical companies that had an interest in producing vaccines. Twenty-nine years ago speaking about the programme he led at the Medical Research Council, directed at research into AIDS he said, referring to the contract with Wellcome and Celltech and another with the pharmaceuticals company, Glaxo, to develop antiviral drugs :

"We have signed eight collaborative agreements with industry and are having discussions on a further nine."

Geoffrey may have been born in the first half of the 20th century, but he had his feet securely anchored in the world that funded and drove the fight against infection in the late 20th and early 21st century. 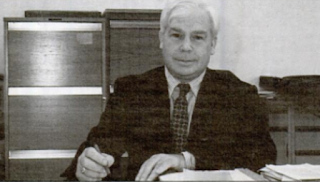