Derek, who played the sly civil servant Bernard Woolley in television's 'Yes Minister' and was Sergeant Oscar Blakeston in 'Heartbeat', has died at the age of 82. He spent his formative years as a teenager in the 1950s and learnt his craft as a young actor treading the boards of repertory theatre in the 1960s in a Britain we have lost.

He did not have the easiest of starts in life. He was born in Balham, South London the son of Ketha and James, in the Autumn of 1937, two years before the outbreak of the Second World War. It was during the War, when he was three years old, that his father, a sales rep, died of cancer and he, his sister Babs and their mother moved to Berkhamsted, Hertfordshire, to live with his grandmother to escape the German bombing of London during the Blitz. His mother worked in a shop in order to keep the family financially afloat.
He recalled : "I went to Victoria Church Primary School. I used to read a lot - 'Shadow the Sheepdog' and 'Biggles'. When I was 10, I was always asked to come out in front of the class and tell stories - it was what I had read the night before. I can remember that Saturday morning when I went to Berkhamsted Grammar School to take the 11-plus. You think: "What if I fail?" If you failed, you were denied an education. I failed."

A 1947 post-war secondary modern school for boys was unlikely to offer the best prospects in life to young Derek, but, as he recalled : "I went to Ashlyns Secondary Modern, in Berkhamsted. I loved my time there. I played a lot of sport. I ran and played football for the county and that's where I first trod the boards. I played the Mayor of Plymouth in an operetta, 'Dogs of Devon'. I've never had reviews like it." Unfortunately, like all of his contemporaries at the school he "left at 15, knowing nothing. This was far too young. There was no sixth form - or if there was I never came across it."

He recalled his first job : "I left on a Friday and on the Monday morning walked down the hill and clocked in as a printer's apprentice at Clunbury Press, thinking that this was going to be my life. I joined the company's amateur dramatic society, 'The Cooper Players'. People encouraged me but I never considered being a professional actor."

Also, like many young men with his background, it was to be his call up for two years National Service, when he was 18 in 1955, which was to determine his future path. In his case : "National Service saved me and changed my life. I was a radio operator in the RAF and was sent to Malta, where I met Lieutenant - Commander Wansbury, who directed me in three plays. There was an Army Sergeant called Donald Douglas who planned to be an actor and told me he was going to Rada, a drama school. He sent off for the entry and audition forms for me. The wonderful Lieutenant-Commander coached me for three months and I got a scholarship and a grant to Rada."

He had never heard the acronym 'Rada' and thought that it was an electrical firm, but struck a pact with his mother that he would go back to printing if he failed to win a scholarship. At his audition he recited Kipling’s 'Gunga Din.' After only three verses he was stopped and offered a place.

Derek started at the Academy, at the age of 20 in 1957, alongside Tom Courtenay, Edward Fox and Sarah Miles. "I'd never read any Shakespeare or Chekhov. I was like a kid in a candy store." In the summer vacation of 1958 he got his first professional job appearing at the Prince of Wales Theatre in Colwyn Bay. "It came through Vincent Shaw, who at that time was a very well-known actor-turned-agent. I had the

best time, and it was a summer I will never forget. In the course of the season, I appeared in a variety of productions ranging from comedies such as 'Sailor Beware' and 'Doctor in the House' to the psychological drama 'Black Chiffon.' It was hard work, but I was in great company."

When he graduated in 1960 he was, on his own admission "very lucky with work afterwards." It was in repertory theatre that Derek served his apprenticeship in acting : "We were all so lucky as actors to experience the repertory system. It enabled actors to be constantly rehearsing and performing different shows, weekly, fortnightly or three-weekly. That was invaluable for learning your trade. Sadly, that great opportunity for actors – especially those breaking into the industry – is no longer with us."

In the 1960s, he lived in Pinner, Middlesex, which was at the time an unlikely showbiz enclave. The comedian and actor Ronnie Barker and a teenager called Reginald Dwight, soon to rename himself Elton John, were near-neighbours. In the spells “between jobs”, he drove a minicab and worked in an aerosol factory. For the most part, however, the supply of decent supporting roles was steady, on the West End stage. In 1961, for example, he played in 'The Miracle Worker' at Wyndham's, 'The Pander Touch' and 'Race against Time' at the Lyric and 'Empress with Teapot' at the Royal Court. In 1963 he played in 'How Are You, Johnnie?', at the Vaudeville and 'Chips with Everything' at the Royal Court. Ultimately, in the whole of his career he did 14 plays in the West End and trod the boards on stages all over the world including in Broadway and Canada.

In 1962 he got his first film role as a borstal inmate in 'The Loneliness of the Long Distance Runner' starring Tom Courtenay and the following year played in 'Tamahine' and in 1964 in 'East of Sudan' with Anthony Quayle, followed by 'Hotel Paradiso' in 1966 with Sir Alec Guinness and 'Frankenstein Created Woman' in 1967 with Peter Cushing, 'The Smashing Bird I Used to Know' in 1969 and 'Tower of Evil' in 1972. Neither the roles, nor the films were particularly memorable but they put the bread on the table. 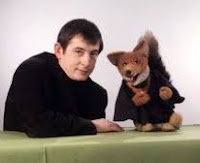 He first became familiar to tv viewers in 1969 when,as 'Mr Derek', he replaced Rodney Bewes as presenter in the children's series, The Basil Brush Show'. Each week, alongside a series of sketches and a musical guest, came 'story time', in which Derek would read Basil a tale about one of his fictional ancestors. He stayed for four years, reluctantly at first, but gripped by the traditional actor’s terror that every job may be his last.

When it came to 'Yes, Minister' he said : "I was sent the script and I thought it was about vicars initially. When they said it was about politicians I didn’t think it would work. But when I read the script I realised what a hoot it was - fun and very brilliant and was actually ground-breaking."

In the event, the massively popular show which ran from 1980 to 1984 and 'Yes Prime Minister' from 1986 to 88, saw the first of his famed small screen alter egos. As Bernard Woolley, he played the pedantic Private Secretary, alongside Paul Eddington and Nigel Hawthorne and the satirist, Armando Iannucci, suggested that Derek had the most difficult role of the principal trio because he had to “spend most of his time saying nothing, but looking interested in everyone else’s total and utter guff”. Yet, his one-liners were frequently “the funniest of the lot”.

Derek later confessed : "In playing the character of Bernard Woolley, I thought, 'I guess I've made it. Here am I, from a secondary modern school, playing a classics scholar from Marlborough and Oxford who's going to be head of the Civil Service.' Paul Eddington used to correct my pronunciation. I said 'garij' and he said, "What's that word?" I should have said 'guh-rarrge.'" In the show he wore a Magdalen College tie, was forever correcting Paul's Prime Minister’s mixed metaphors and in one episode pointed out that Greek, unlike Latin, has no ablative case.

His success as Sir Bernard set him up for the most lucrative role of his career when, in 1992, he was cast in the 1960s-set TV drama 'Heartbeat', in which he played Oscar Blaketon, a gruff retired police sergeant who ran a Yorkshire pub. It ran for 17 years from 1992 to 2009 when Derek was 72 and at its peak attracted 17 million viewers. He received hundreds of letters from retired police officers telling him “we had one just like him in our station”, but claimed that he had based the role on his drill corporal in the RAF, who really did call him “you ’orrible little man" and said : "I just cut my hair shorter, slicked it back and shouted a lot and Oscar was born."

In an interview Derek said he always wanted to play Oscar as a transvestite, but the producers of the family show didn’t think that was appropriate. “He had a theatrical mother, hence the name Oscar. I always thought he would become Olivia in the weekends.”

When asked "what made 'Heartbeat' so popular ?" He said "I've been asked this hundreds of times and can never really put my finger on it. It's a phenomenon really and the root of its success has to be nostalgia. It's the only show that takes place in the wonderful decade of the sixties and it captures those years so wonderfully with the vintage cars, the fashions and of course the music of the era. It's also probably one of the only programmes on telly where you can sit down with the whole family because the fans of Heartbeat are aged right the way from 5 to 85. How many programmes can cover that age range?"

His other tv work included appearances in 'Z Cars' , 'The Liver Birds', 'Inspector Morse', 'The Darling Buds of May', 'Perfect Scoundrels', 'Rules of Engagement' and 'Casualty'. In 1975 he played the role of Lord Randolph Churchill in the ATV series, 'Edward the Seventh'. In 2016, when he was 79, he said : “You see I’ve been around the block, but I have enjoyed it all and really love working in all mediums and I remember all the people I’ve worked with. I have wonderful memories of all the people and moments that this profession is made up of. I consider myself very lucky to work with them. I have had a great career so far - I have been a lucky boy.”

By the same token, Helen Bennett, his personal assistant and friend of many years said : 'He was the most beloved man to everybody who ever met him, he never had a bad word to say about anybody and he was so well respected, adored by everyone'

Showing Hacker around his new office in the first ever episode, Bernard remarked : “It used to be said there were two kinds of chairs to go with two kinds of ministers: one sort that folds up instantly and the other sort that goes round and round in circles.”

“Why is it that ministers can’t ever go anywhere without their briefs?” “It’s in case they get caught with their trousers down.”

Defining the Civil Service code of CGSM : “It stands for Consignment of Geriatric Shoe Manufacturers. A load of old cobblers, Minister.”

Breaking down the abbreviations for various Foreign Office honours : “CMG stands for Call Me God and KCMG for Kindly Call Me God.” “What about GCMG?” “God Calls Me God.”

Hacker once asked his him where his loyalty would lie when the chips were down ?  “Minister, it’s my job to see the chips stay up.”