Is Britain a country where more and more, older and older, happy and healthy old men continue to work and live longer and longer lives?

An article appeared in the Guardian a couple of days ago entitled :

It dished up figures from the 'Office for National Statistics' relating to old timers over the age of 65. Apparently, in the past 20 years the number of them still in work has increased by 188% from 455,000 to 1.31 million and their proportion of the workforce has grown from just over 5% to just under 11%. In the next 10 years their number will continue to increase and they will account for 282,000 new British employees out of a total 546,000. Quite clearly, they have both remained on board the employment bus or come on board as new travellers in large numbers.

Stuart Lewis the founder of 'Rest Less', a jobs, volunteering and advice site for the over-50s was very optimistic about this and said : “Increasing numbers of over-65s in the workplace unlocks enormous potential for employers to embrace a talented, flexible and highly skilled workforce." He thought that many employers needed to change their outdated stereotypes of age in the workplace and reconsider how they engage with and "attract talented older employees.”

Patrick Thomson, a Senior Programme Manager at the 'Centre for Ageing Better' was more cautious in his assessment and said: “It’s clear that the older workforce is the workforce of the future. Employers urgently need to tackle ageism within their organisations if they and their workers are to make the most of these longer working lives. At the same time, it’s crucial that people aren’t forced to work in their late 60s and 70s because of financial insecurity, and that the kinds of work people are doing later in life is fulfilling and suitable."

There's the rub : many old men and women over the age of 65, who have spent all their lives working in manual occupations could in no way be considered part of Stuart's 'talented, flexible and highly skilled workforce.' They are much more likely, because of poor pay and pension prospects, to fall into Patrick's category of old people who are 'forced to work in their late 60s and 70s because of financial insecurity.' There is no point saying that the kinds of work these old folk do is 'fulfilling and suitable' when the work they have done all their lives has been necessary and crucial to the economy and society, but never anything less than hard graft and a means to an end and the labourers and refuse collectors out in all weathers, the hand packers and packagers and freight, stock and material handlers would no doubt agree with this assessment.

It is most unlikely that any in this group of workers will be visiting the 'Rest Less' website where 'We want people to get more from the retirement they’ve worked so hard to earn. We believe that it provides a unique opportunity to choose a new path, and to keep doing what you want for as long as you can. Want to seize your own opportunity? Visit restless.co.uk today and be inspired…'

Back in August in another article appeared in the Guardian entitled :

It painted a very different picture and focused on the influential Conservative think tank, fronted by the former Work and Pensions Secretary, Iain Duncan Smith, who had proposed the state pension age should rise to 75 over the next 16 years. It quoted his tweet : “Removing barriers for older people to working longer has the potential to improve health and well being, increase retirement savings and ensure the full functioning of public services for all.”

Frances Ryan, who wrote the article, rightly said : It’s a dystopian vision of life, in which capitalism tells workers who have already grafted for 40 years that working a five-day week through their 70s is in fact the path to a healthy body and society.'

She made the point that : 'The pressing issue is not that pensions are too generous - but that they are increasingly hard to get, and far too small. British basic pensions are uniquely low – 16% of average earnings – compared with those of other developed nations' and 'the existing system leaves many older people struggling to get by; research this week shows the proportion of elderly people living in severe poverty in the UK is five times what it was in 1986, the largest increase among western European countries.'

She went on : 'Whether it’s even physically possible to do our job in old age varies along class lines; it’s a considerably different experience to be a labourer at 75 than a lecturer. Health inequality is also a stark factor; a woman living in the most deprived 10% of England, for example, has a life expectancy of 78.7 years, but only 52 of those years are in good health. Any rise in the pensionable age would force the poorest to work through years of illness and disability, while only the wealthy have the luxury to retire in good health.'

The fact is that many thousands of old men and women will work beyond the age of retirement not because they want to seize the 'unique opportunity to choose a new path'; not because they are  part of a 'talented, flexible and highly skilled workforce', but because they are too poor to retire and have no choice but to continue in harness, pulling the same back-breaking and unsatisfying old plough. 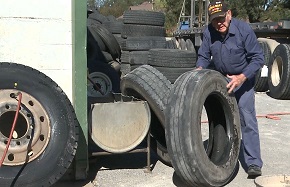 Labels: Too poor to retire